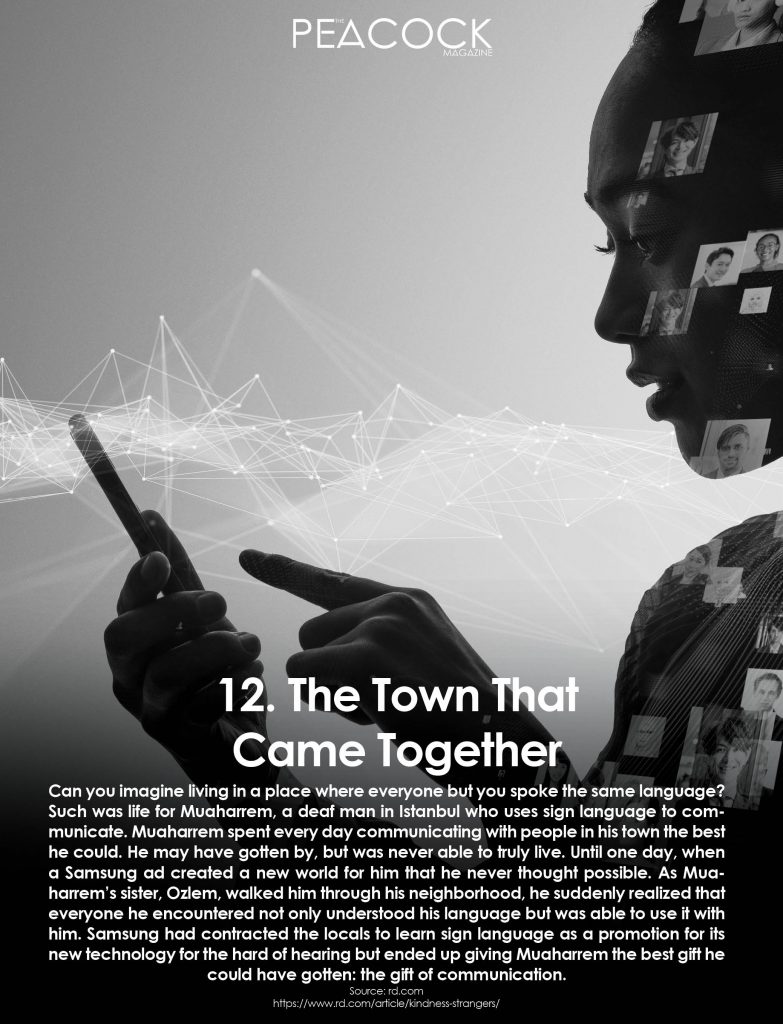 [12] Can you imagine living in a place where everyone but you spoke the same language? Such was life for Muaharrem, a deaf man in Istanbul who uses sign language to communicate. Muaharrem spent every day communicating with people in his town the best he could. He may have gotten by, but was never able to truly live. Until one day, when a Samsung ad created a new world for him that he never thought possible. As Muaharrem’s sister, Ozlem, walked him through his neighborhood, he suddenly realized that everyone he encountered not only understood his language but was able to use it with him. Samsung had contracted the locals to learn sign language as a promotion for its new technology for the hard of hearing but ended up giving Muaharrem the best gift he could have gotten: the gift of communication.
Source: rd.com
https://www.rd.com/list/heartwarming-true-stories