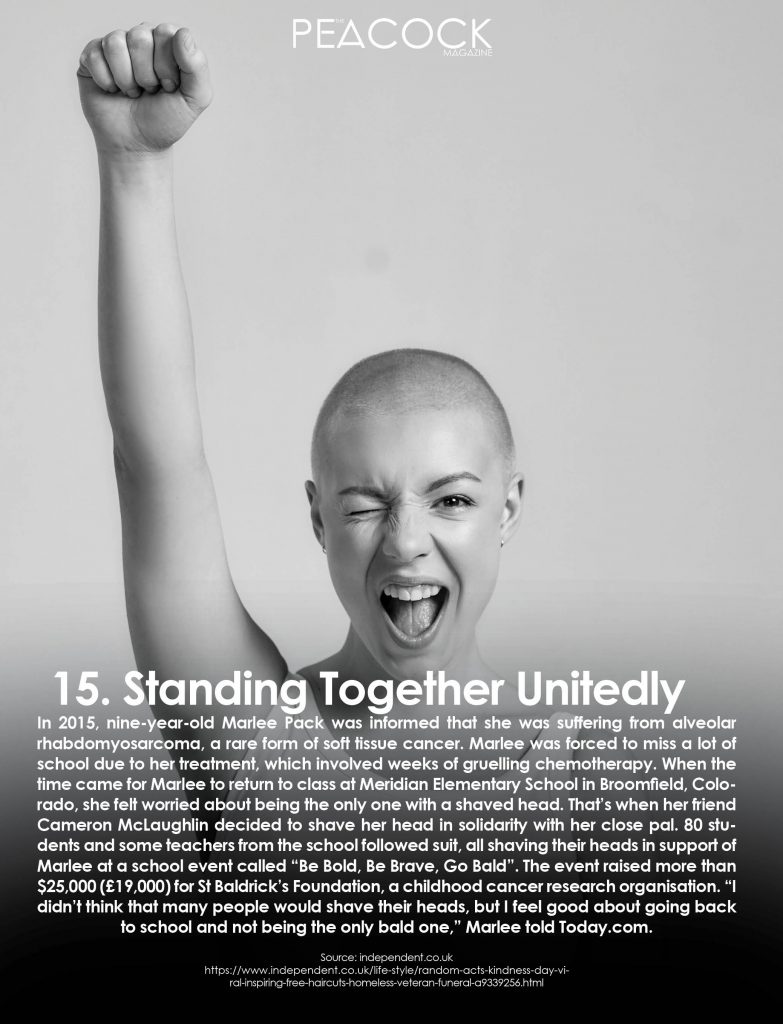 [15] In 2015, nine-year-old Marlee Pack was informed that she was suffering from alveolar rhabdomyosarcoma, a rare form of soft tissue cancer. Marlee was forced to miss a lot of school due to her treatment, which involved weeks of gruelling chemotherapy. When the time came for Marlee to return to class at Meridian Elementary School in Broomfield, Colorado, she felt worried about being the only one with a shaved head. That’s when her friend Cameron McLaughlin decided to shave her head in solidarity with her close pal. 80 students and some teachers from the school followed suit, all shaving their heads in support of Marlee at a school event called “Be Bold, Be Brave, Go Bald”. The event raised more than $25,000 (£19,000] for St Baldrick’s Foundation, a childhood cancer research organisation. “I didn’t think that many people would shave their heads, but I feel good about going back to school and not being the only bald one,” Marlee told Today.com.
Source: independent.co.uk
https://www.independent.co.uk/life-style/random-acts-kindness-day-viral-inspiring-free-haircuts-homeless-veteran-funeral-a9339256.html