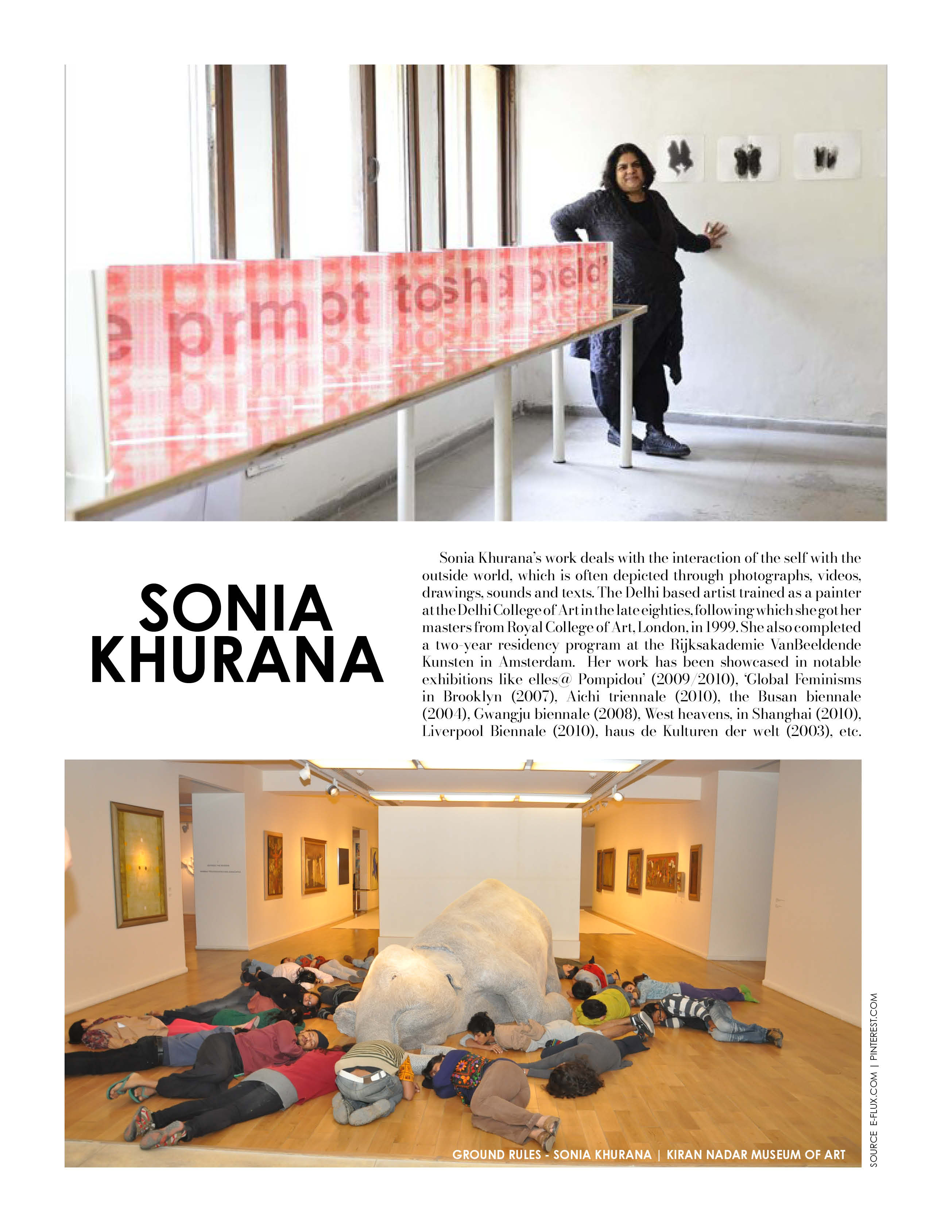 Sonia Khurana’s work deals with the interaction of the self with the outside world, which is often depicted through photographs, videos, drawings, sounds, and texts. The Delhi based artist trained as a painter at the Delhi College of Art in the late eighties, following which she got her masters from Royal College of Art, London, in 1999. She also completed a two-year residency program at the Rijksakademie VanBeeldende Kunsten in Amsterdam. Her work has been showcased in notable exhibitions like elles@ Pompidou’ (2009/2010), ‘Global Feminisms in Brooklyn (2007), Aichi Triennale (2010), the Busan Biennale (2004), Gwangju Biennale (2008), West heavens, in Shanghai (2010), Liverpool Biennale [2010], Haus de Kulturen der welt (2003), etc. 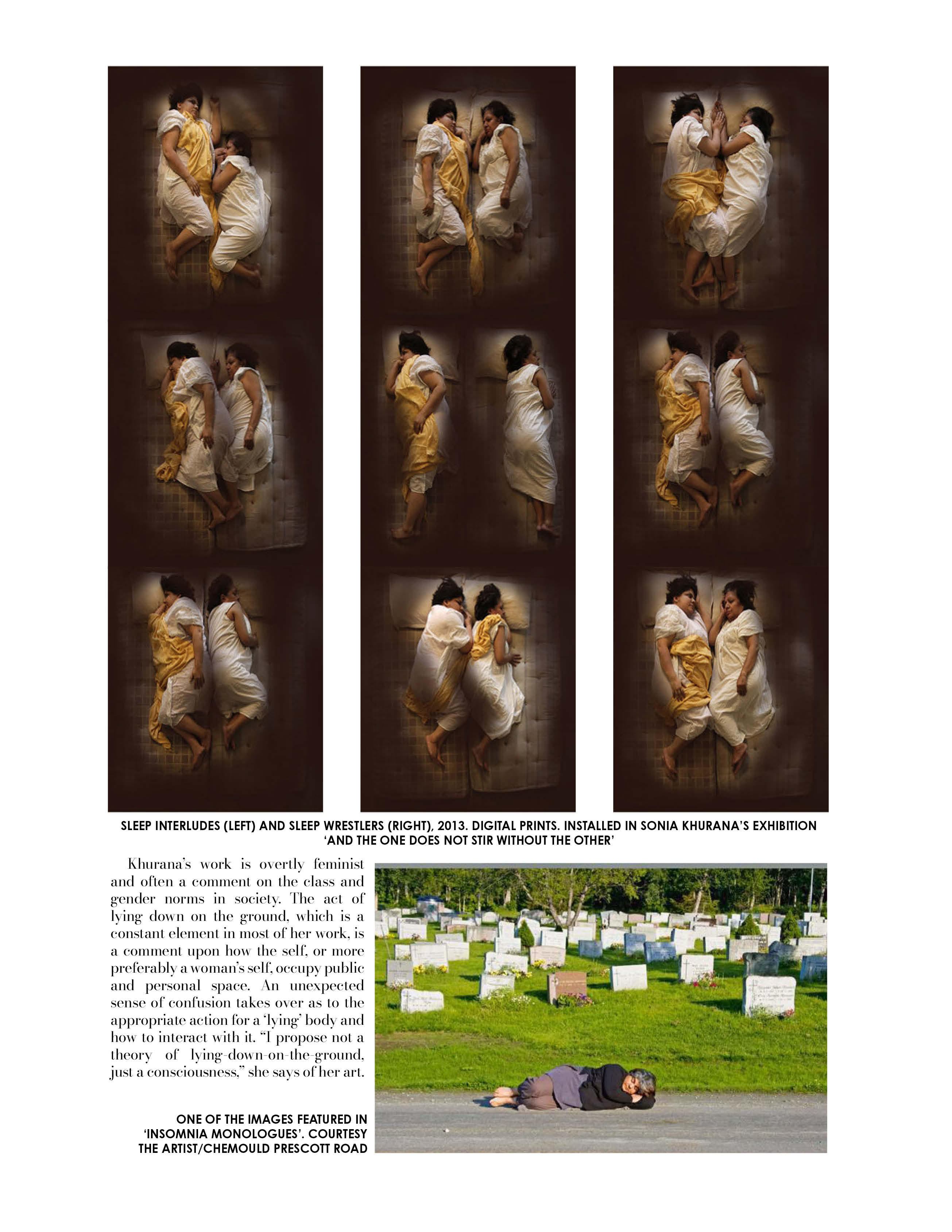 Khurana’s work is overtly feminist and often a comment on the class and gender norms in society. The act of lying down on the ground, which is a constant element in most of her work, is a comment upon how the self, or more preferably a woman’s self, occupy public and personal space. An unexpected sense of confusion takes over as to the appropriate action for a ‘lying’ body and how to interact with it. “I propose not a theory of lying-down-on-the-ground, just a consciousness,” she says of her art.