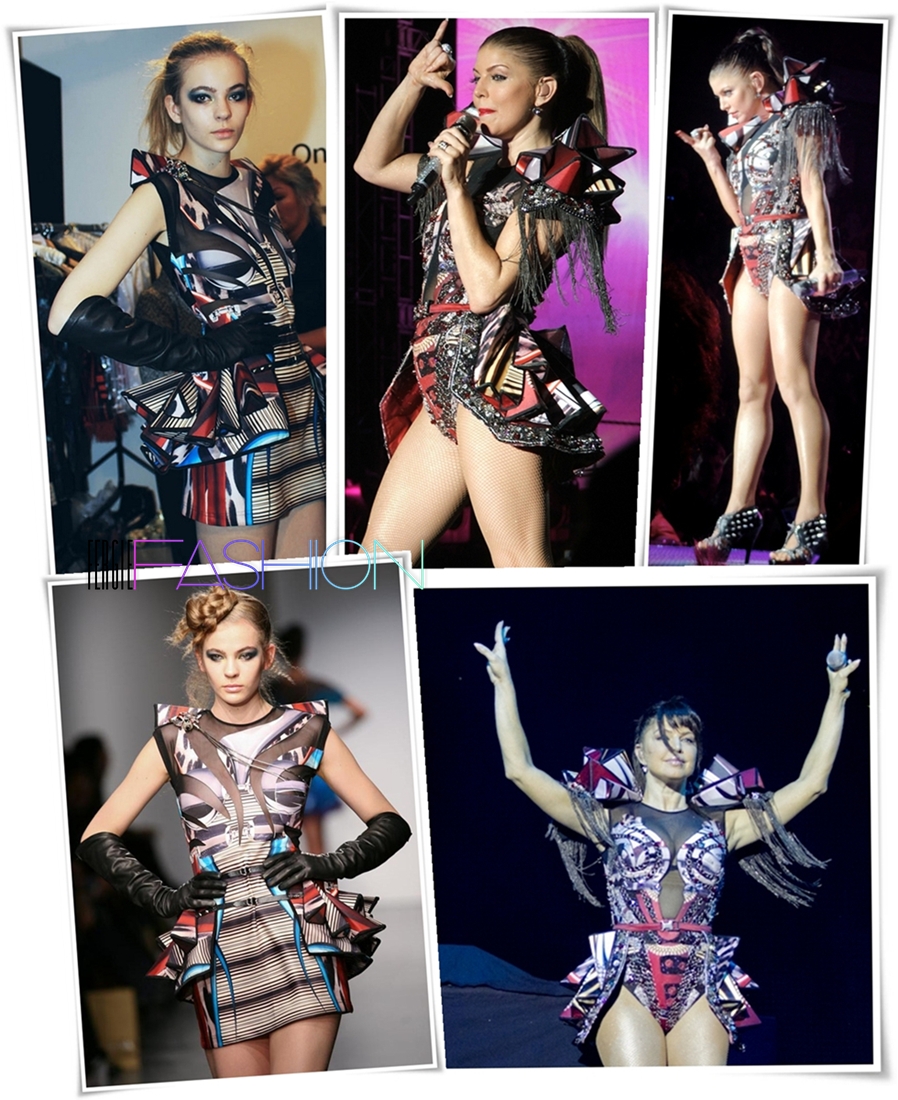 “They showcased their Autumn/Winter Collection at London Fashion week in 2010 which was attended by many renowned stylists. One of the stylists highly recommended Falguni Shane Peacock to Fergie’s stylist who then came for their press day in LA. There she sourced a few outfits for Ozzy Osbourne and she mentioned she is styling Fergie for the FIFA Opening Ceremony performance. Then they got a final call from her giving them the go ahead to custom make something for the pop diva herself. Falguni and Shane sent the sketches for approval and the director of the show approved of the outfits and Fergie was all set to wear it.”

“Designing an outfit for an on stage performance was very different from designing a general outfit. They had to keep several things in mind such as the outfit had to be bling and look larger than life but at the same time it had to be light weight so that the artiste had no problem moving around and dancing in it.”

“The dress was a body suit which had a very futuristic look yet was colourful going with the whole South African feel. The outfit was geometrical with huge embellished armour for the shoulder. It had a metal look and had big “F” on it for Fergie which Fergie completely loved.” 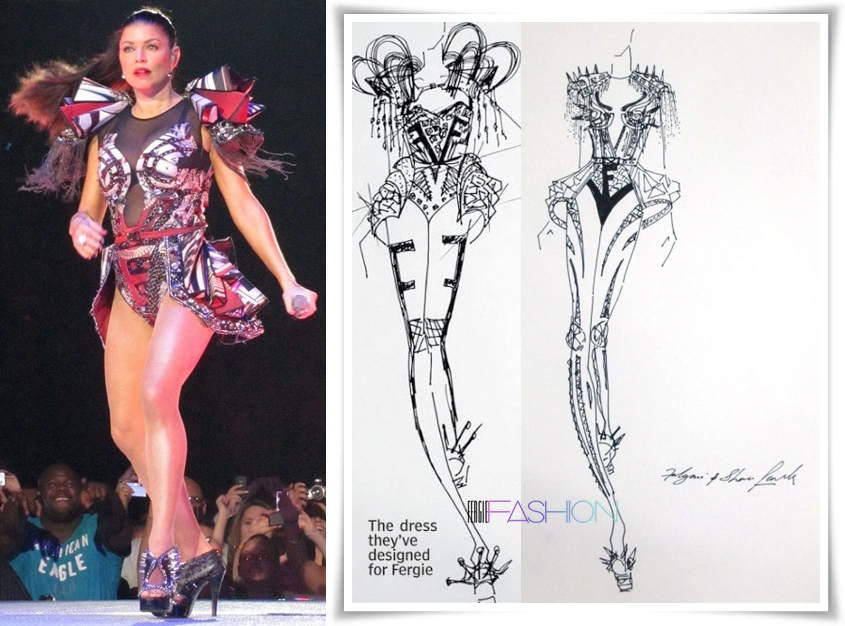