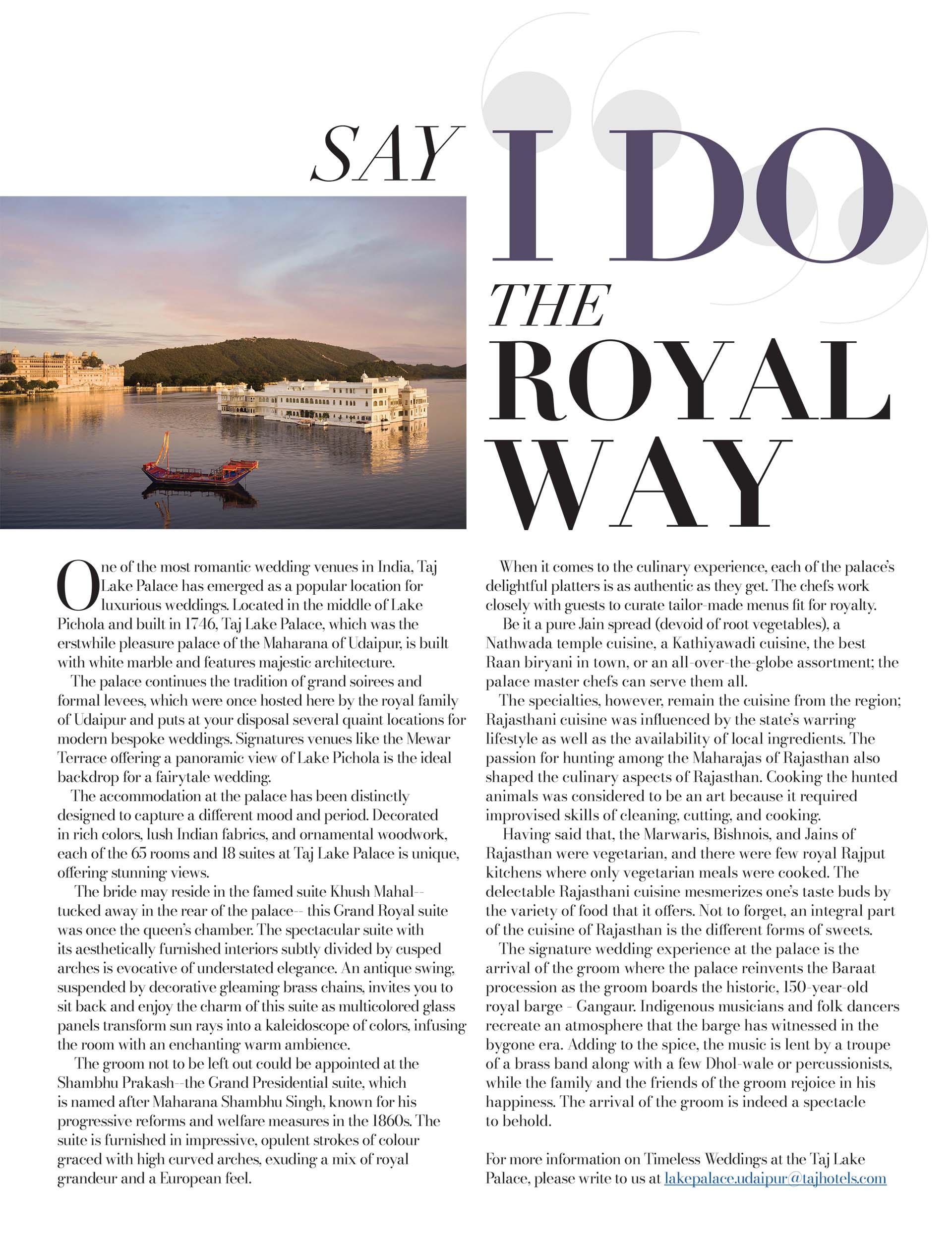 One of the most romantic wedding venues in India, Taj Lake Palace has emerged as a popular location for luxurious weddings. Located in the middle of Lake Pichola and built in 1746, Taj Lake Palace, which was the erstwhile pleasure palace of the Maharana of Udaipur, is built with white marble and features majestic architecture.

The palace continues the tradition of grand soirees and formal levees, which were once hosted here by the royal family of Udaipur and puts at your disposal several quaint locations for modern bespoke weddings. Signatures venues like the Mewar Terrace offering a panoramic view of Lake Pichola is the ideal backdrop for a fairytale wedding.
The accommodation at the palace has been distinctly designed to capture a different mood and period. Decorated in rich colors, lush Indian fabrics, and ornamental woodwork, each of the 65 rooms and 18 suites at Taj Lake Palace is unique, offering stunning views.

The bride may reside in the famed suite Khush Mahal–tucked away in the rear of the palace– this Grand Royal suite was once the queen’s chamber. The spectacular suite with its aesthetically furnished interiors subtly divided by cusped arches is evocative of understated elegance. An antique swing, suspended by decorative gleaming brass chains, invites you to sit back and enjoy the charm of this suite as multicolored glass panels transform sun rays into a kaleidoscope of colors, infusing the room with an enchanting warm ambience. 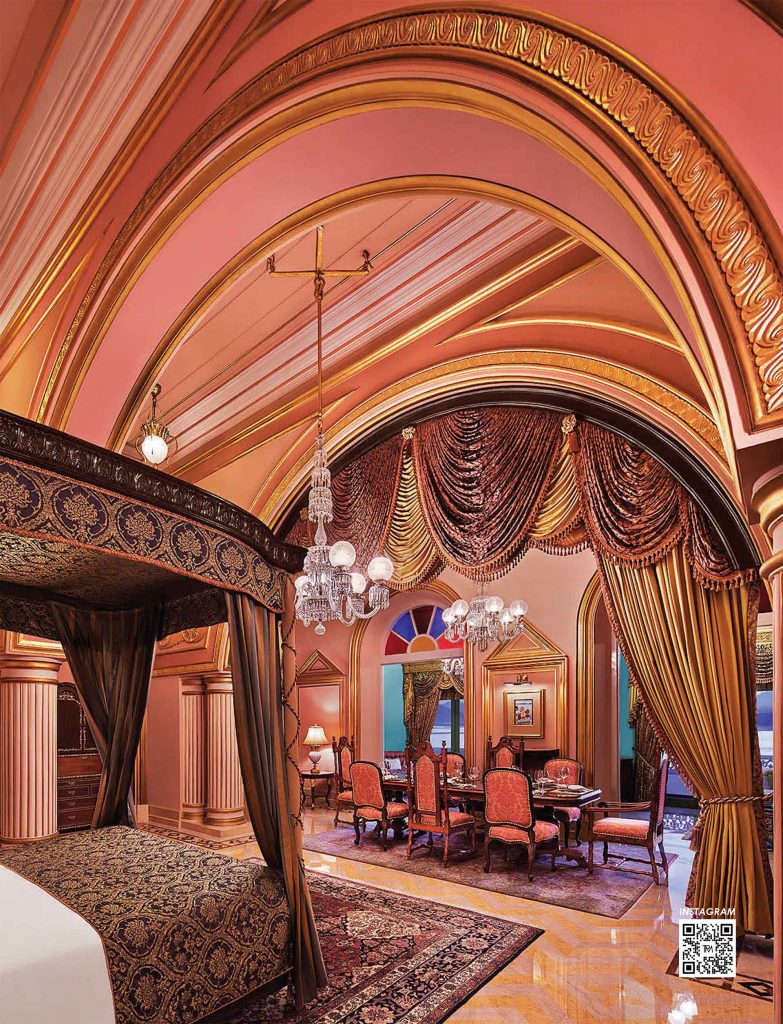 The groom not to be left out could be appointed at the Shambhu Prakash–the Grand Presidential suite, which is named after Maharana Shambhu Singh, known for his progressive reforms and welfare measures in the 1860s. The suite is furnished in impressive, opulent strokes of colour graced with high curved arches, exuding a mix of royal grandeur and a European feel.
When it comes to the culinary experience, each of the palace’s delightful platters is as authentic as they get. The chefs work closely with guests to curate tailor-made menus fit for royalty.

Be it a pure Jain spread (devoid of root vegetables), a Nathwada temple cuisine, a Kathiyawadi cuisine, the best Raan biryani in town, or an all-over-the-globe assortment; the palace master chefs can serve them all.
The specialties, however, remain the cuisine from the region; Rajasthani cuisine was influenced by the state’s warring lifestyle as well as the availability of local ingredients. The passion for hunting among the Maharajas of Rajasthan also shaped the culinary aspects of Rajasthan. Cooking the hunted animals was considered to be an art because it required improvised skills of cleaning, cutting, and cooking.

Having said that, the Marwaris, Bishnois, and Jains of Rajasthan were vegetarian, and there were few royal Rajput kitchens where only vegetarian meals were cooked. The delectable Rajasthani cuisine mesmerizes one’s taste buds by the variety of food that it offers. Not to forget, an integral part of the cuisine of Rajasthan is the different forms of sweets.

The signature wedding experience at the palace is the arrival of the groom where the palace reinvents the Baraat procession as the groom boards the historic, 150-year-old royal barge – Gangaur. Indigenous musicians and folk dancers recreate an atmosphere that the barge has witnessed in the bygone era. Adding to the spice, the music is lent by a troupe of a brass band along with a few Dhol-wale or percussionists, while the family and the friends of the groom rejoice in his happiness. The arrival of the groom is indeed a spectacle to behold.

For more information on Timeless Weddings at the Taj Lake Palace, please write to us at lakepalace.udaipur@tajhotels.com

WHY IS IT IMPORTANT FOR BRANDS TO CHOOSE THEIR MESSAGE WISELY?