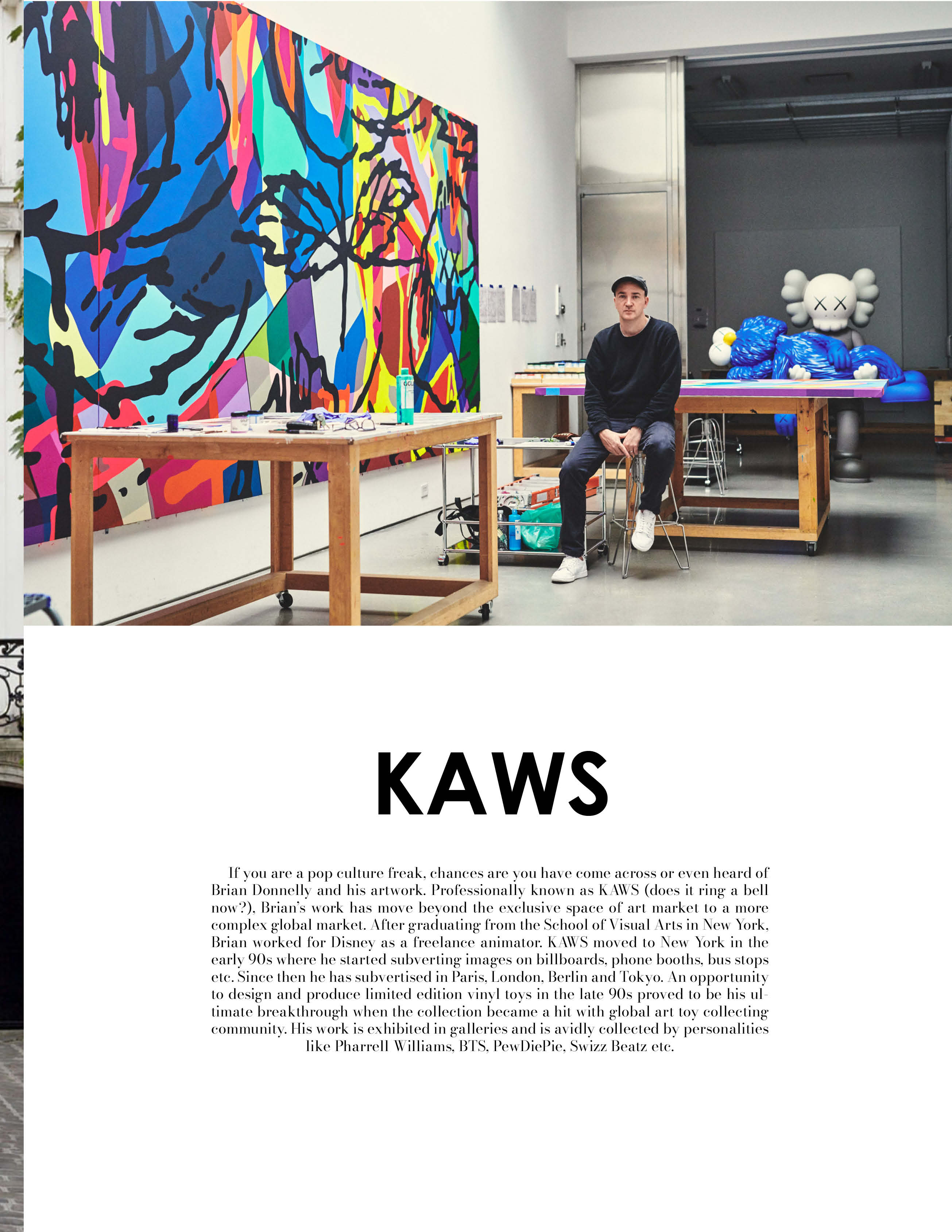 If you are a pop culture freak, chances are you have come across or even heard of Brian Donnelly and his artwork. Professionally known as KAWS (does it ring a bell now?), Brian’s work has moved beyond the exclusive space of the art market to a more complex global market. After graduating from the School of Visual Arts in New York, Brian worked for Disney as a freelance animator. KAWS moved to New York in the early 90s, where he started subverting images on billboards, phone booths, bus stops, etc. Since then, he has subvertised in Paris, London, Berlin, and Tokyo. An opportunity to design and produce limited edition vinyl toys in the late 90s proved to be his ultimate breakthrough when the collection became a hit with the global art toy collecting community. His work is exhibited in galleries and is avidly collected by personalities like Pharrell Williams, BTS, PewDiePie, Swizz Beatz, etc.

KAWS artwork is meant to be universally understood, being beyond language and culture and reinforcing the idea that he doesn’t make a distinction between ‘high’ art and ‘low’ art. His work can be distinguished by colours lines and graphics, such as the Xs on hands, nose, eyes, and ears. He has re-appropriated popular fictional figures like Mickey Mouse, Smurfs, Snoopy, Michelin Man, SpongeBob Square Pants, and the characters of cult series The Simpsons. KAWS has also collaborated with names and brands like Original Fake, A Bathing Ape, Undercover, Kung Faux, Nike, Vans, and Comme des Garcons. One of his most popular sculptures is a grayscale figure of Mickey Mouse, whose face is covered by his hands. 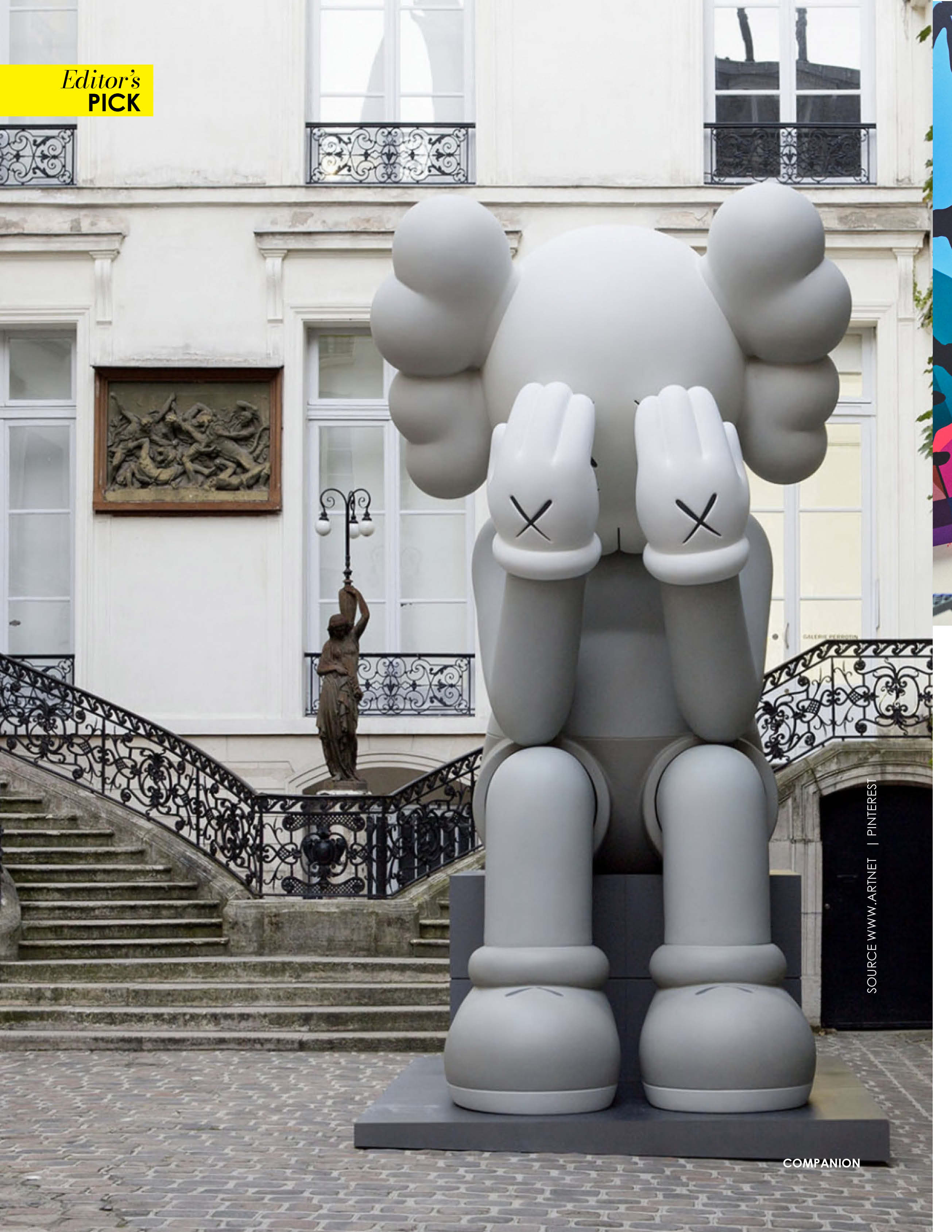 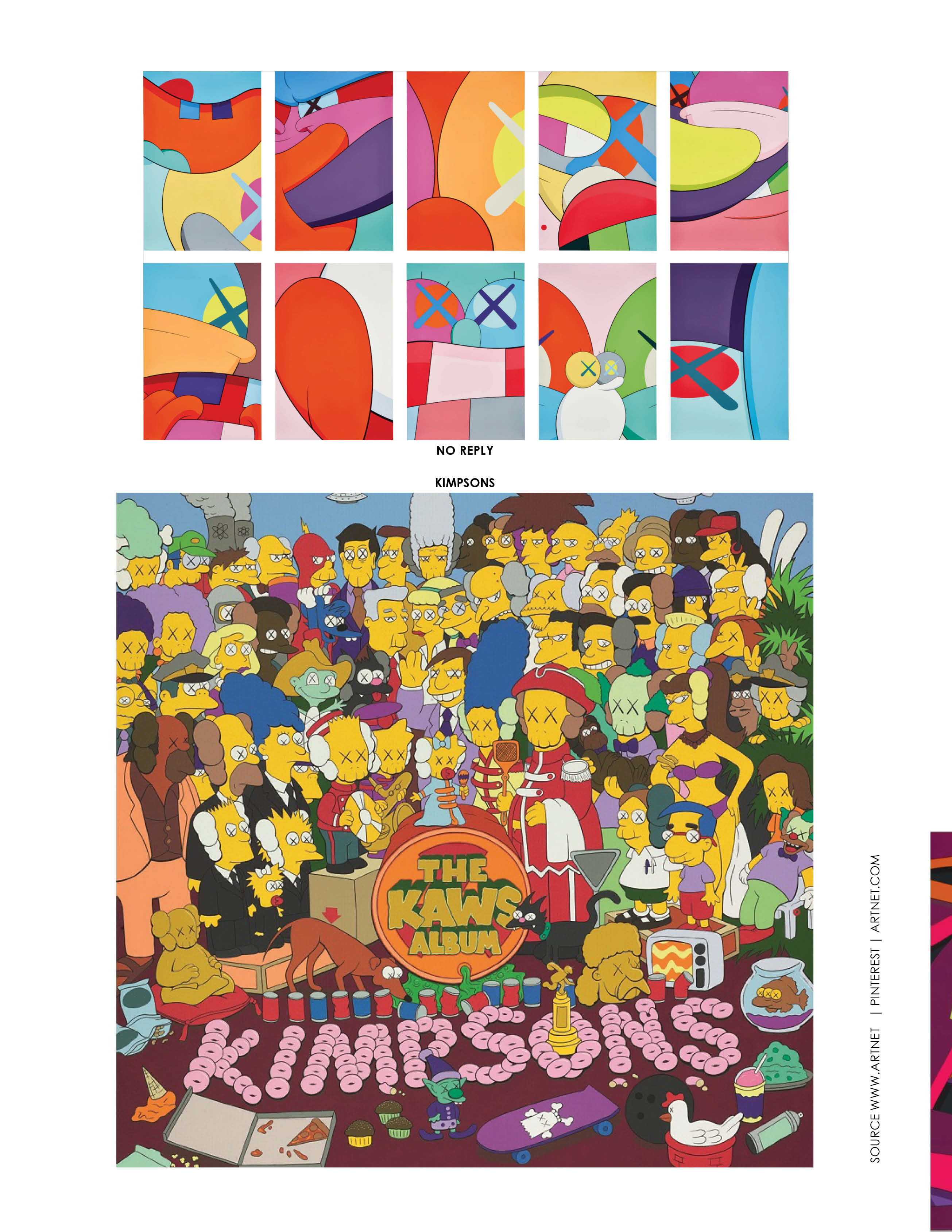 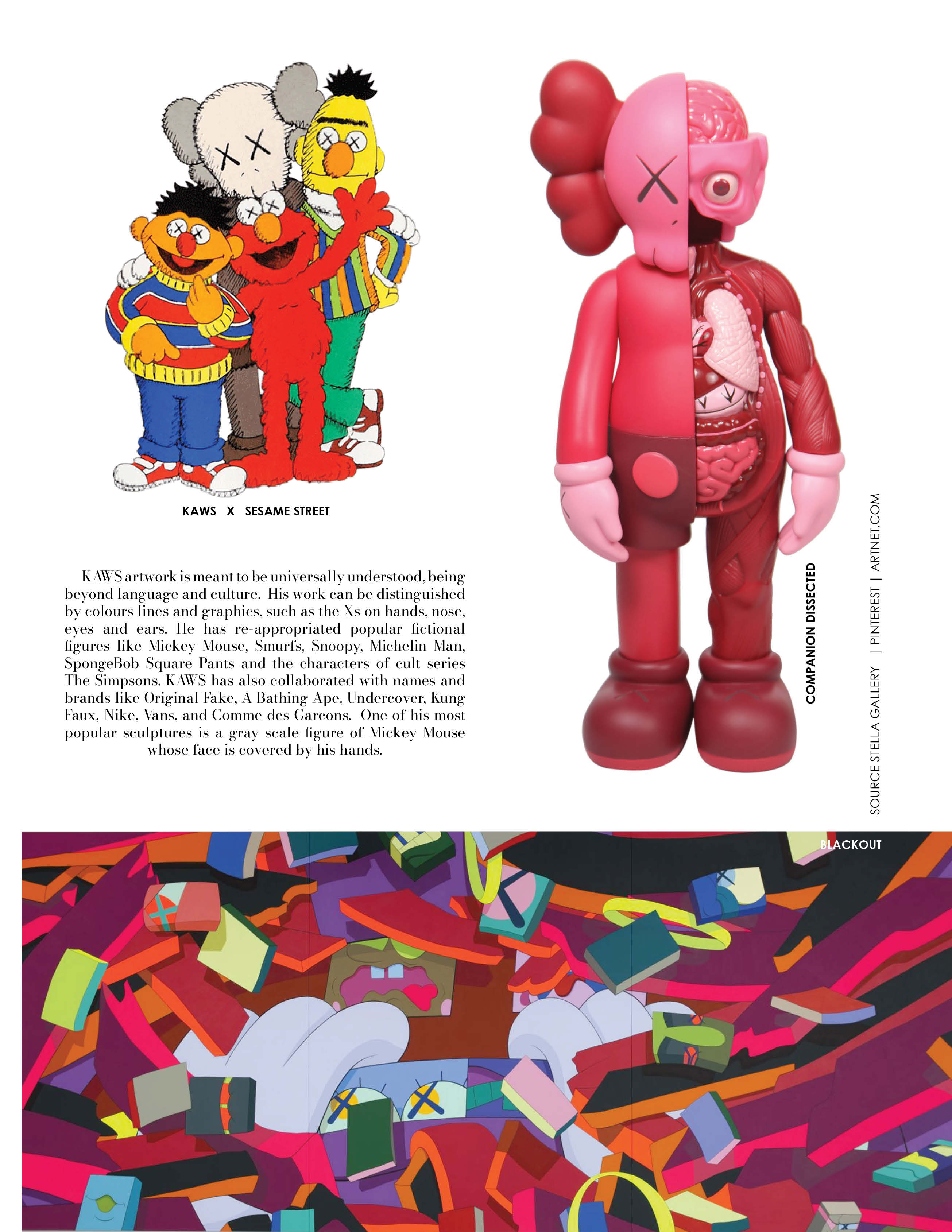