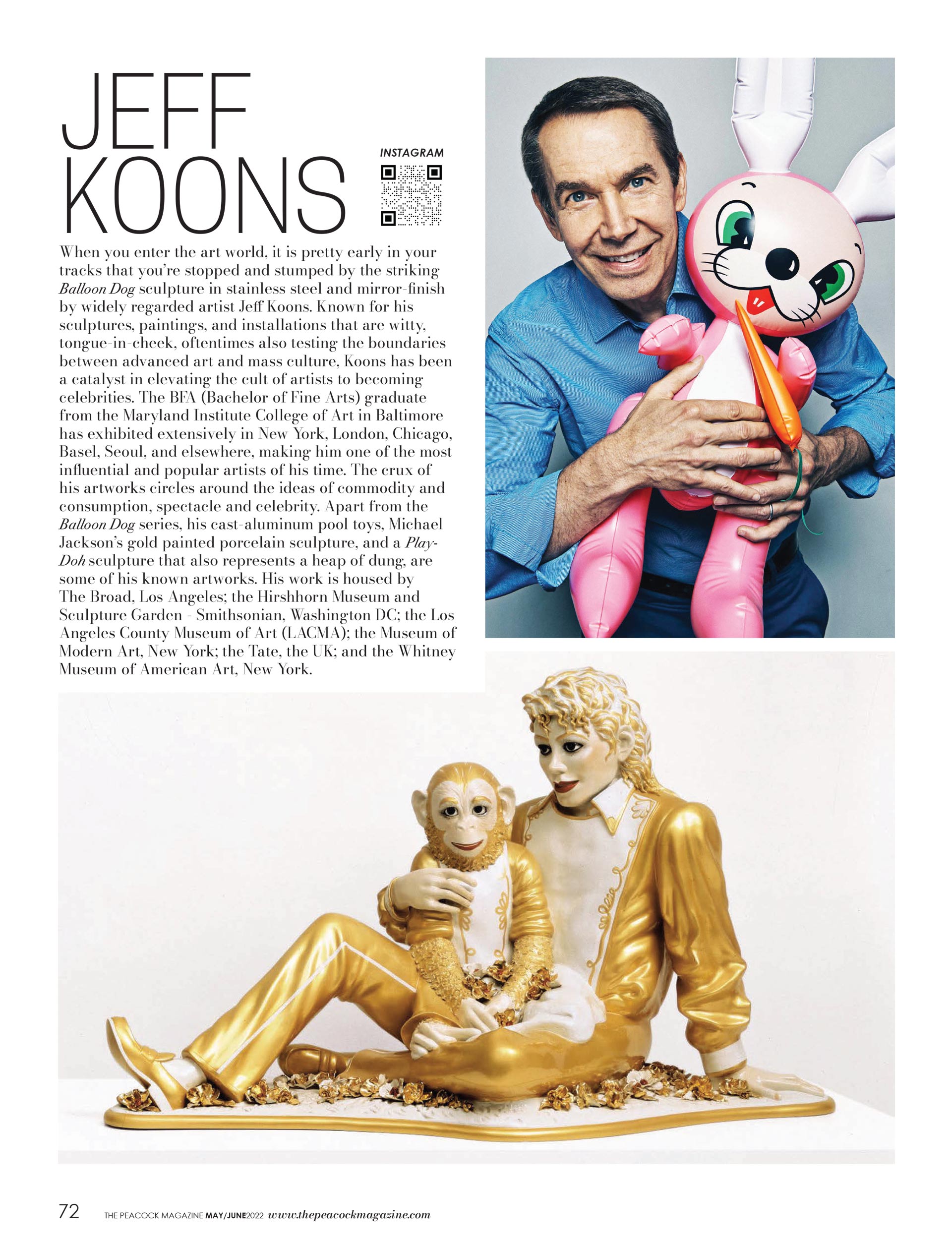 When you enter the art world, it is pretty early in your tracks that you’re stopped and stumped by the striking Balloon Dog sculpture in stainless steel and mirror-finish by widely regarded artist Jeff Koons. Known for his sculptures, paintings, and installations that are witty, tongue-in-cheek, oftentimes also testing the boundaries between advanced art and mass culture, Koons has been a catalyst in elevating the cult of artists to becoming celebrities. The BFA (Bachelor of Fine Arts) graduate from the Maryland Institute College of Art in Baltimore has exhibited extensively in New York, London, Chicago, Basel, Seoul, and elsewhere, making him one of the most influential and popular artists of his time. The crux of his artworks circles around the ideas of commodity and consumption, spectacle and celebrity. Apart from the Balloon Dog series, his cast-aluminum pool toys, Michael Jackson’s gold painted porcelain sculpture, and a Play-Doh sculpture that also represents a heap of dung, are some of his known artworks. His work is housed by The Broad, Los Angeles; the Hirshhorn Museum and Sculpture Garden – Smithsonian, Washington DC; the Los Angeles County Museum of Art (LACMA); the Museum of Modern Art, New York; the Tate, the UK; and the Whitney Museum of American Art, New York. 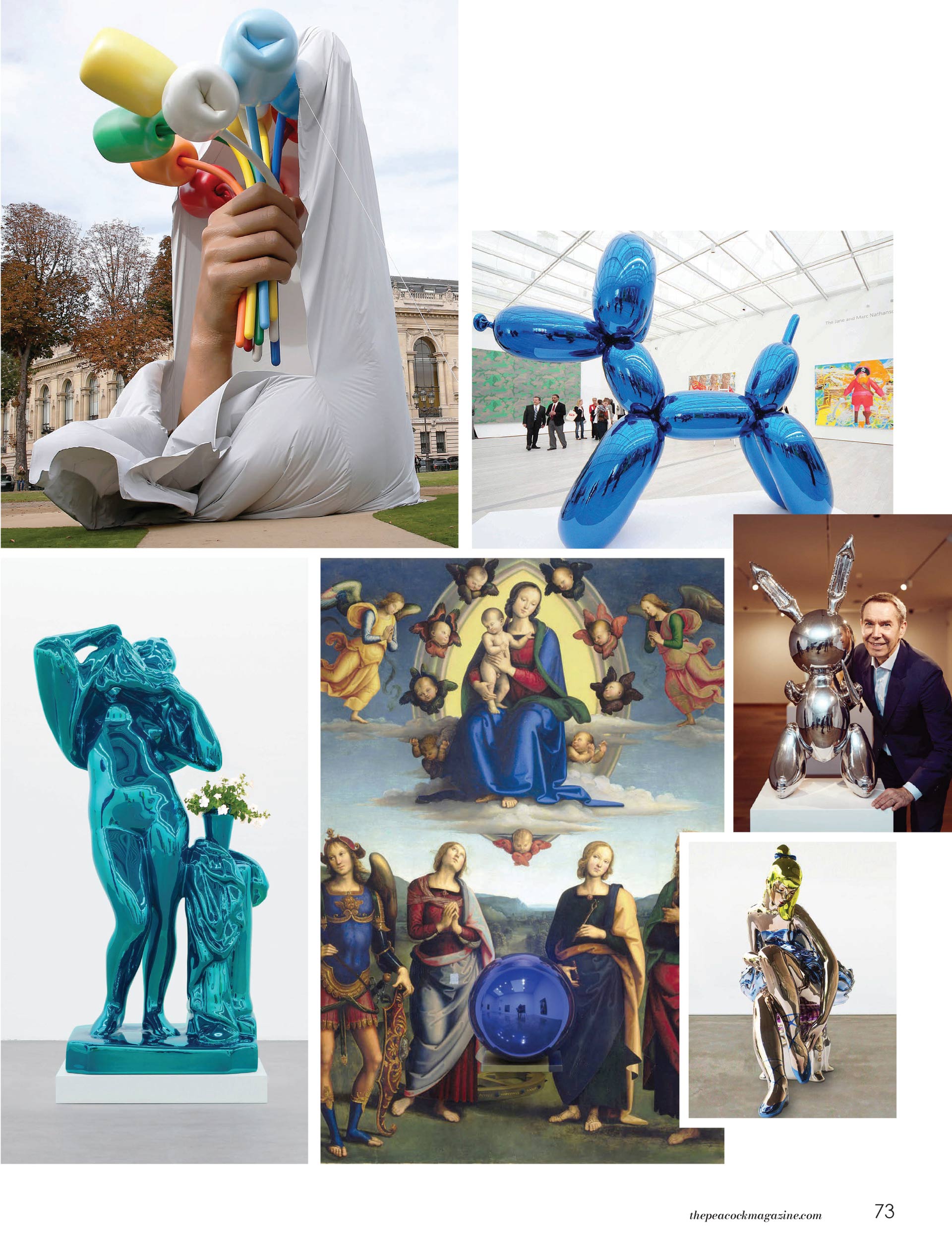