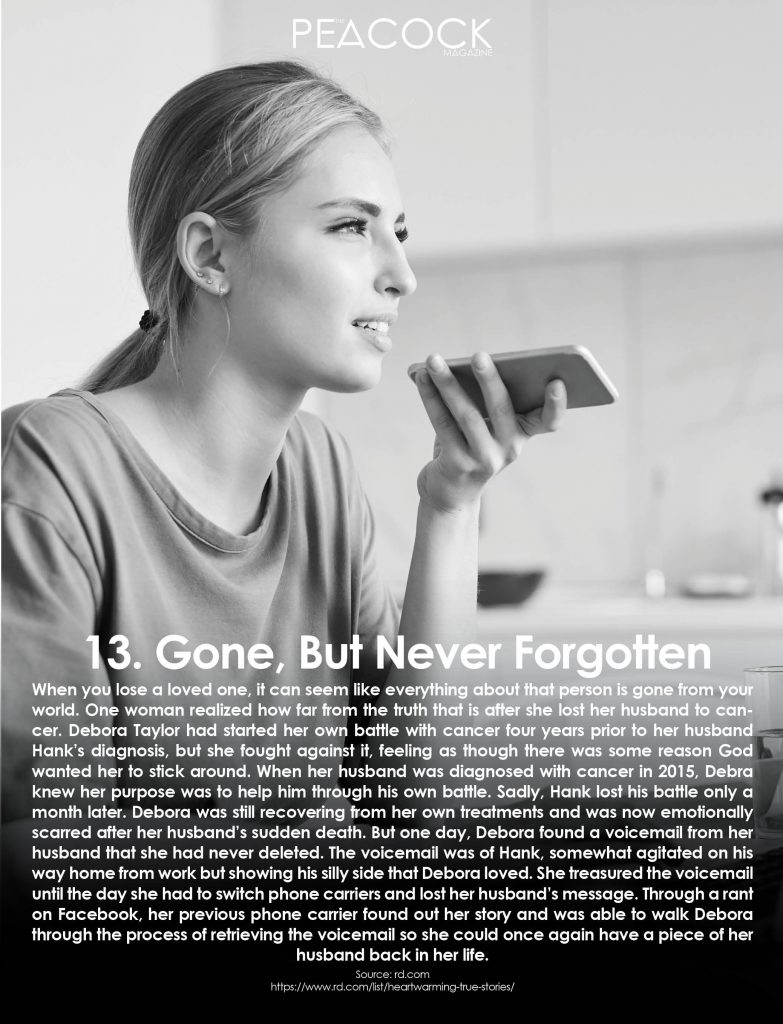 [13] When you lose a loved one, it can seem like everything about that person is gone from your world. One woman realized how far from the truth that is after she lost her husband to cancer. Debora Taylor had started her own battle with cancer four years prior to her husband Hank’s diagnosis, but she fought against it, feeling as though there was some reason God wanted her to stick around. When her husband was diagnosed with cancer in 2015, Debra knew her purpose was to help him through his own battle. Sadly, Hank lost his battle only a month later. Debora was still recovering from her own treatments and was now emotionally scarred after her husband’s sudden death. But one day, Debora found a voicemail from her husband that she had never deleted. The voicemail was of Hank, somewhat agitated on his way home from work but showing his silly side that Debora loved. She treasured the voicemail until the day she had to switch phone carriers and lost her husband’s message. Through a rant on Facebook, her previous phone carrier found out her story and was able to walk Debora through the process of retrieving the voicemail so she could once again have a piece of her husband back in her life.
Source: rd.com
https://www.rd.com/list/heartwarming-true-stories