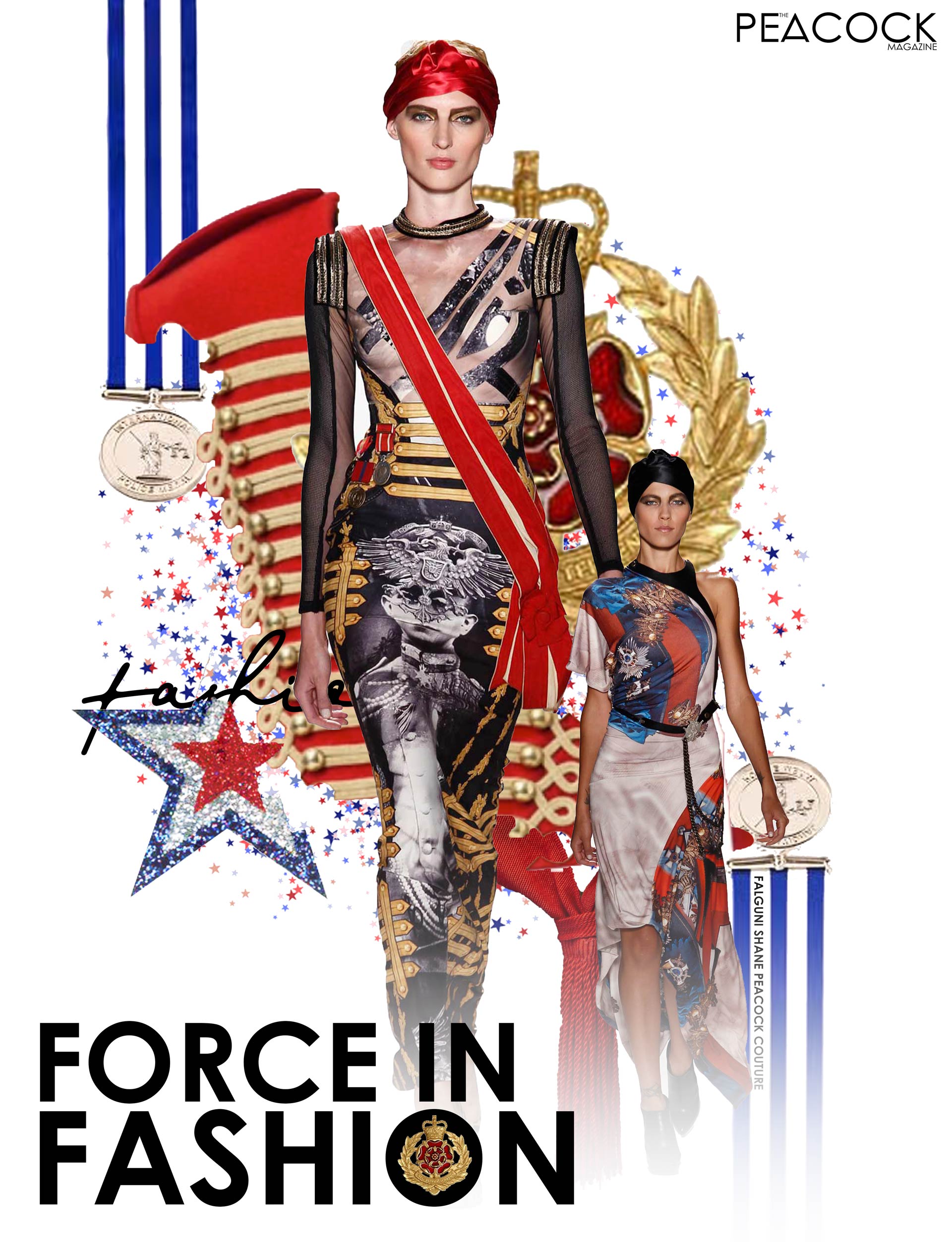 When you think of military fashion, you are instantly drawn to the war-torn shade of olive green and camouflage pattern, but Falguni Shane Peacock’s distinctive take on the army trend is inspired by the 18th century, British and American colonial era. The imperial forces were known for its sharp looks, consisting of a structured red coat with heavy gold and navy blue accents. Military fashion can be rather mundane if incorporated in the conventional way. The idea was to infuse the hero elements from the look in an experimental way. The juxtaposition between Falguni Shane Peacock’s signature opulence and the classic military elegance was seamlessly translated through prints, colours and other little nuances imbibed. Showcased on an international runway, the collection conspired of dresses and gowns, varying in cut, style, colour and length. Each piece was painstakingly created with emphasis laid on details, whether it was the sheer panels overlapping prints, feathers cutting through stripes or strategically placed cut-outs that elevated the glamour level of this line. The colour palette was a mix of crimson, navy blue, black, smoke grey and gold. The cuts and styles of the ensembles were way ahead in the fashion curve, with risqué necklines, sheer panels in the centre front and harness cages defining the design philosophy.

Military clothing is the armor worn for everything a nation has to fight against to protect its people. When incorporated in fashion, it needs to celebrated like a badge of honour. It defines strength, resilience and solidarity. Rewinding before the era of khakhi greens and camouflage, there was a time when military fashion was celebrated for its flamboyance and distinctive appearance. The colours were bold and impactful, the silhouettes were neatly structured yet had an element of style. It was an amalgamation of culture and country represented. Whether it was about layering the garment or styling it with an elaborate hat, the looks were polished but far from boring, which was the exact sentiment that encouraged the Falguni Shane Peacock collection.