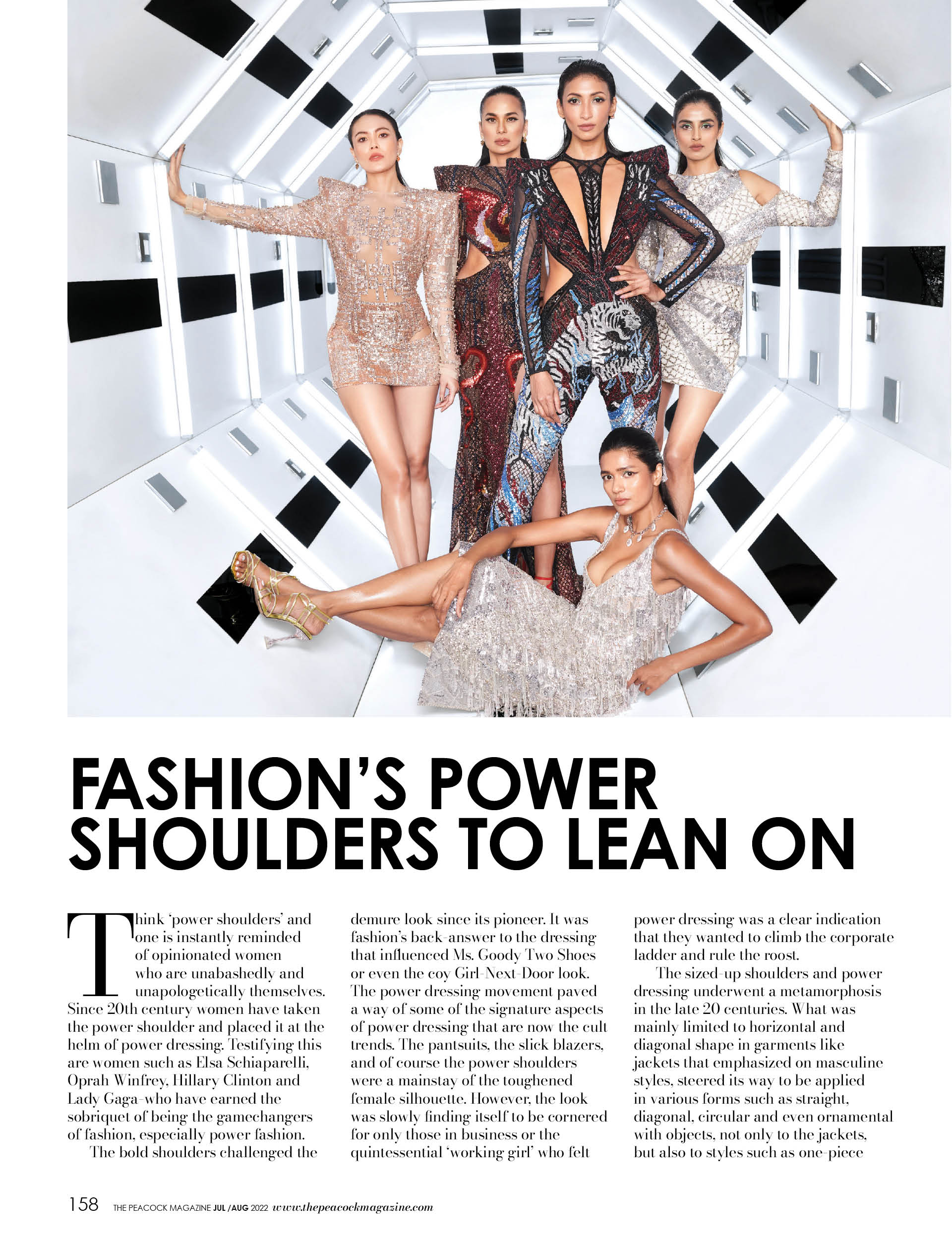 Think ‘power shoulders’ and one is instantly reminded of opinionated women who are unabashedly and unapologetically themselves. Since the 20th century women have taken the power shoulder and placed it at the helm of power dressing. Testifying this are women such as Oprah Winfrey, Lady Gaga and the likes–who have earned the sobriquet of being the gamechangers of fashion, especially power fashion.

The bold shoulders challenged the demure look since its pioneer. It was fashion’s back-answer to the dressing that influenced Ms. Goody Two Shoes or even the coy Girl-Next-Door look. The power dressing movement paved a way for some of the signature aspects of power dressing that are now the cult trends. The pantsuits, the slick blazers, and of course the power shoulders were a mainstay of the toughened female silhouette. However, the look was slowly finding itself to be cornered for only those in business or the quintessential ‘working girl’ who felt power dressing was a clear indication that they wanted to climb the corporate ladder and rule the roost. 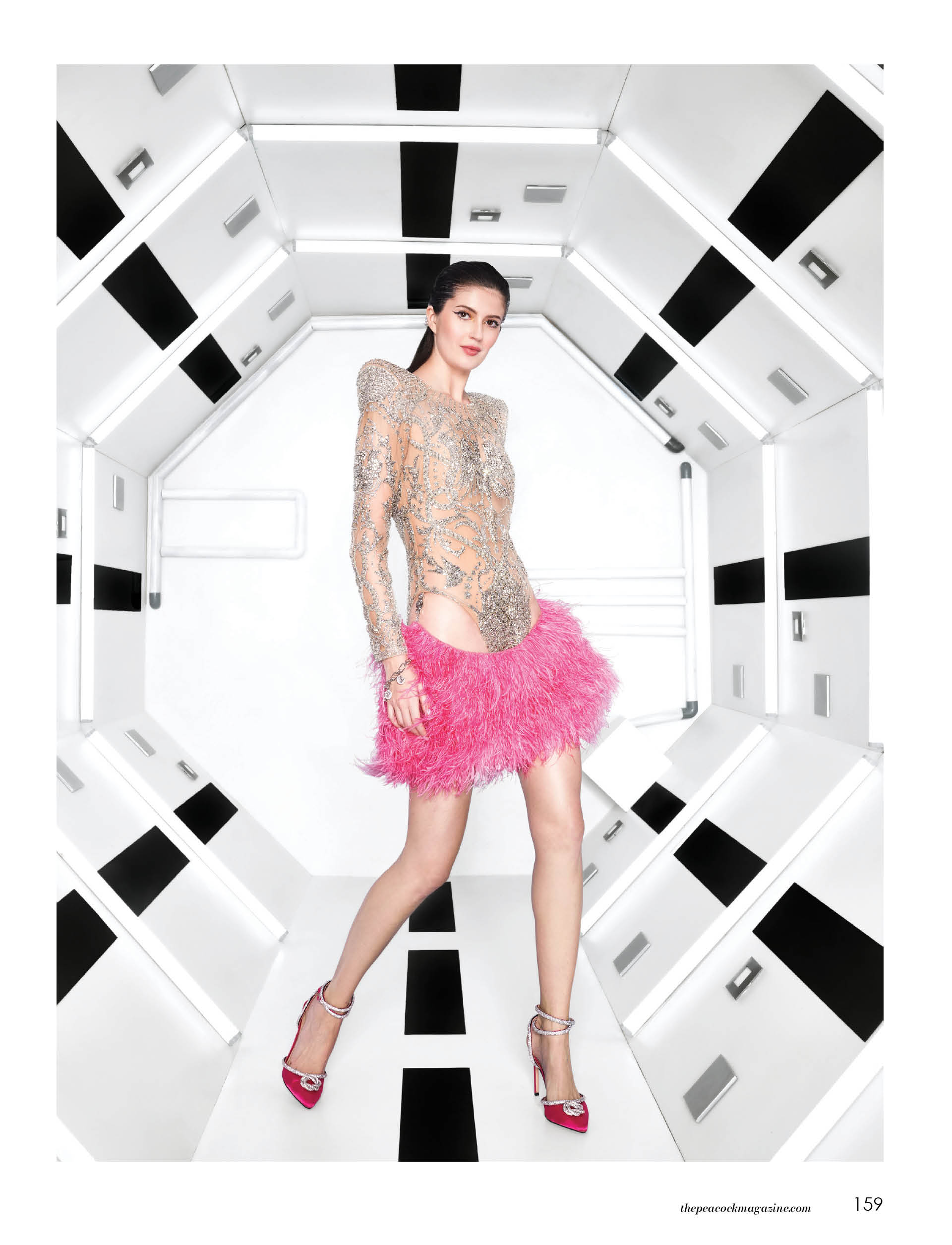 The sized-up shoulders and power dressing underwent a metamorphosis in the late 20 centuries. What was mainly limited to horizontal and diagonal shape in garments like jackets that emphasized on masculine styles, steered its way to be applied in various forms such as straight, diagonal, circular and even ornamental with objects, not only to the jackets, but also to styles such as one-piece dresses, vests, and blouses. It was an opportune moment for fashion’s then-coveted brands to lap up the newfound definition and churn out iconic ensembles that would go on to be trendsetters. The innovative power look included elements like shocking pink, grunge zippers and the sleek jumpsuit with power shoulders being the highlight. Numerous eminent personas like Joan Crawford, Princess Diana, amongst others opted for the scaled-up shoulders while breaking away from the only-business look but keeping the confidence intact. It was in the ’80s that the hardline tailoring became a pop culture phenomenon that was here to stay.

Closer home, the baton was relayed in by Falguni Shane Peacock when they debuted in the Indian fashion arena and in no time, the global turf as well. Their first show in London was an affirmation that power shoulders, indeed, was a trend that engulfed India and the edgy fashion the designer duo had to offer. Form-flattering, structured construction infused with a plethora of components but mainly the scaled-up shoulders perfectly amalgamated the power look with an edgy sartorial sense. The evolutionary, fashion-forward and avant-garde take on the power shoulder was soon a hit as the brand found many takers–this time at the New York Fashion Week, Los Angeles Fashion Week and Miami Fashion Week. The designers reinvented the power look and gave it their signature touch.

The designer-duo has always believed in not confining to a spectrum; they’re all about carving their own niche with every style statement they make. Just like power shoulders, the Falguni Shane Peacock muse is a strong, independent woman who speaks her mind and wears her confidence as her armour. With the growing diversity in fashion, the brand has stayed ahead of the curve by dressing women in clothing that glorifies their strength, while preserving their feminine aura. Whether it’s that perfect LBD, or the dauntless body-suit with power shoulders, it will always have that extra ‘edge’, for all the rebellious ladies who are never to be tamed. It’s all about the additional drama and flare added to your conventional outfit.

After a successful run at the runways, it was the Hollywood celebrities who took the label to a new height. From Fergie to Cheryl Cole and Kelly Rowland to Hofit Golan, almost every celebrity’s closet had a Falguni Shane Peacock power shoulder number that they fondly flaunted and still do. The iconic trend soon became a part of the brand’s identity, which they carried forward in India as well, eventually. 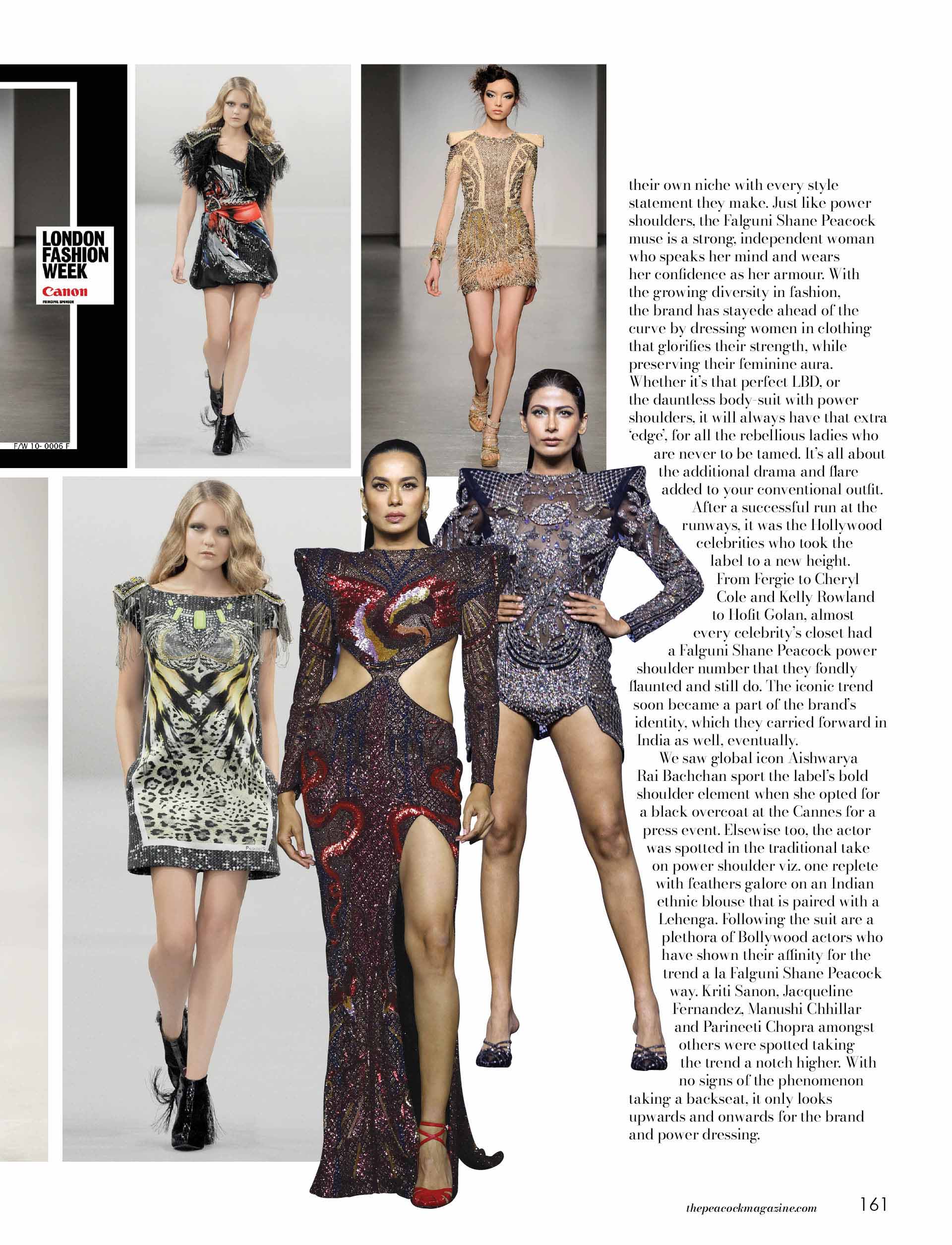 We saw global icon Aishwarya Rai Bachchan sport the label’s bold shoulder element when she opted for a black overcoat at the Cannes for a press event. Elsewise too, the actor was spotted in the traditional take on power shoulder viz. one replete with feathers galore on an Indian ethnic blouse that is paired with a Lehenga. Following the suit are a plethora of Bollywood actors who have shown their affinity for the trend a la Falguni Shane Peacock way. Kriti Sanon, Jacqueline Fernandez, Manushi Chhillar and Parineeti Chopra amongst others were spotted taking the trend a notch higher. With no signs of the phenomenon taking a backseat, it only looks upwards and onwards for the brand and power dressing.