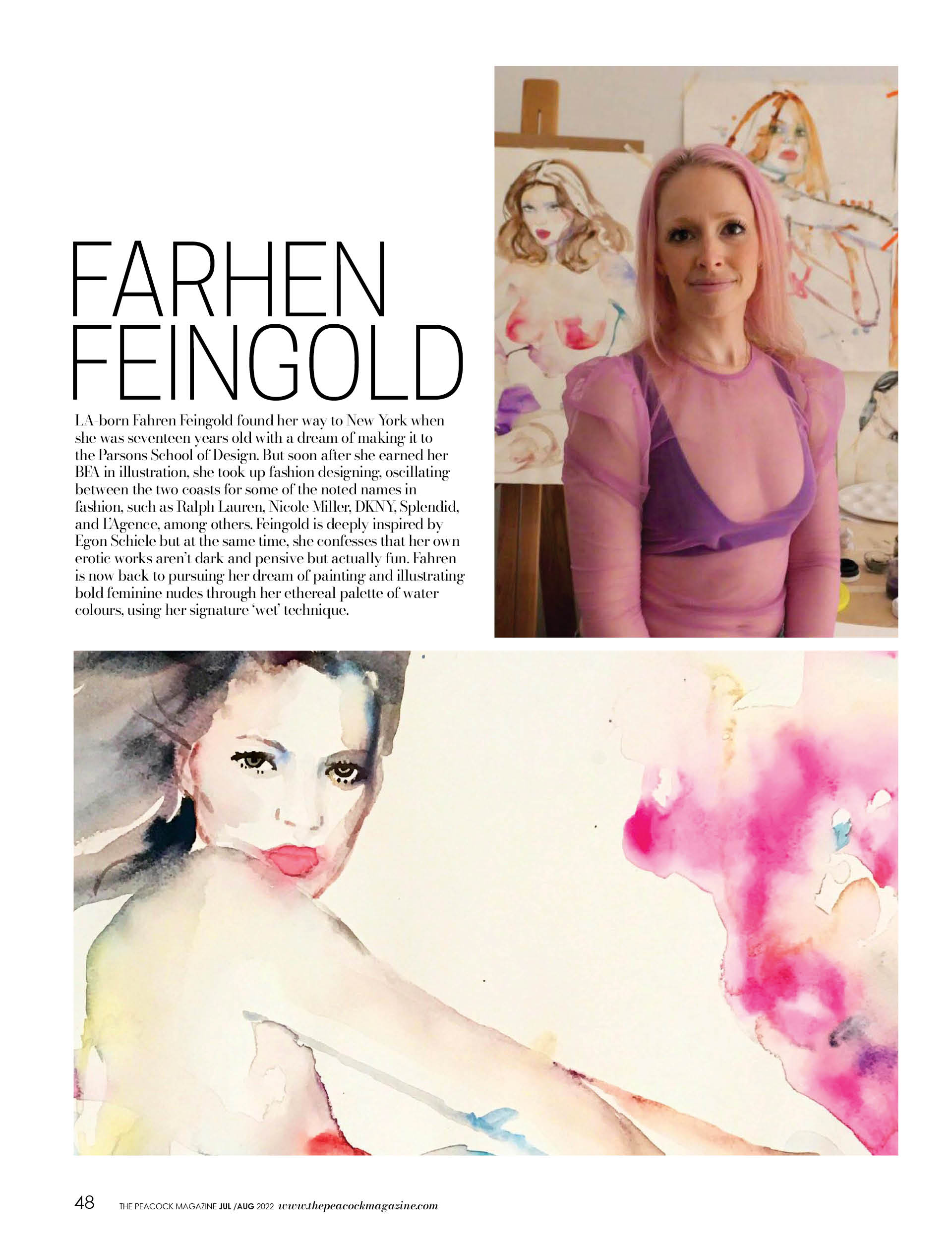 LA-born Fahren Feingold found her way to New York when she was seventeen years old with a dream of making it to the Parsons School of Design. But soon after she earned her BFA in illustration, she took up fashion designing, oscillating between the two coasts for some of the noted names in fashion, such as Ralph Lauren, Nicole Miller, DKNY, Splendid, and L’Agence, among others. Feingold is deeply inspired by Egon Schiele but at the same time, she confesses that her own erotic works aren’t dark and pensive but actually fun. Fahren is now back to pursuing her dream of painting and illustrating bold feminine nudes through her ethereal palette of water colours, using her signature ‘wet’ technique. 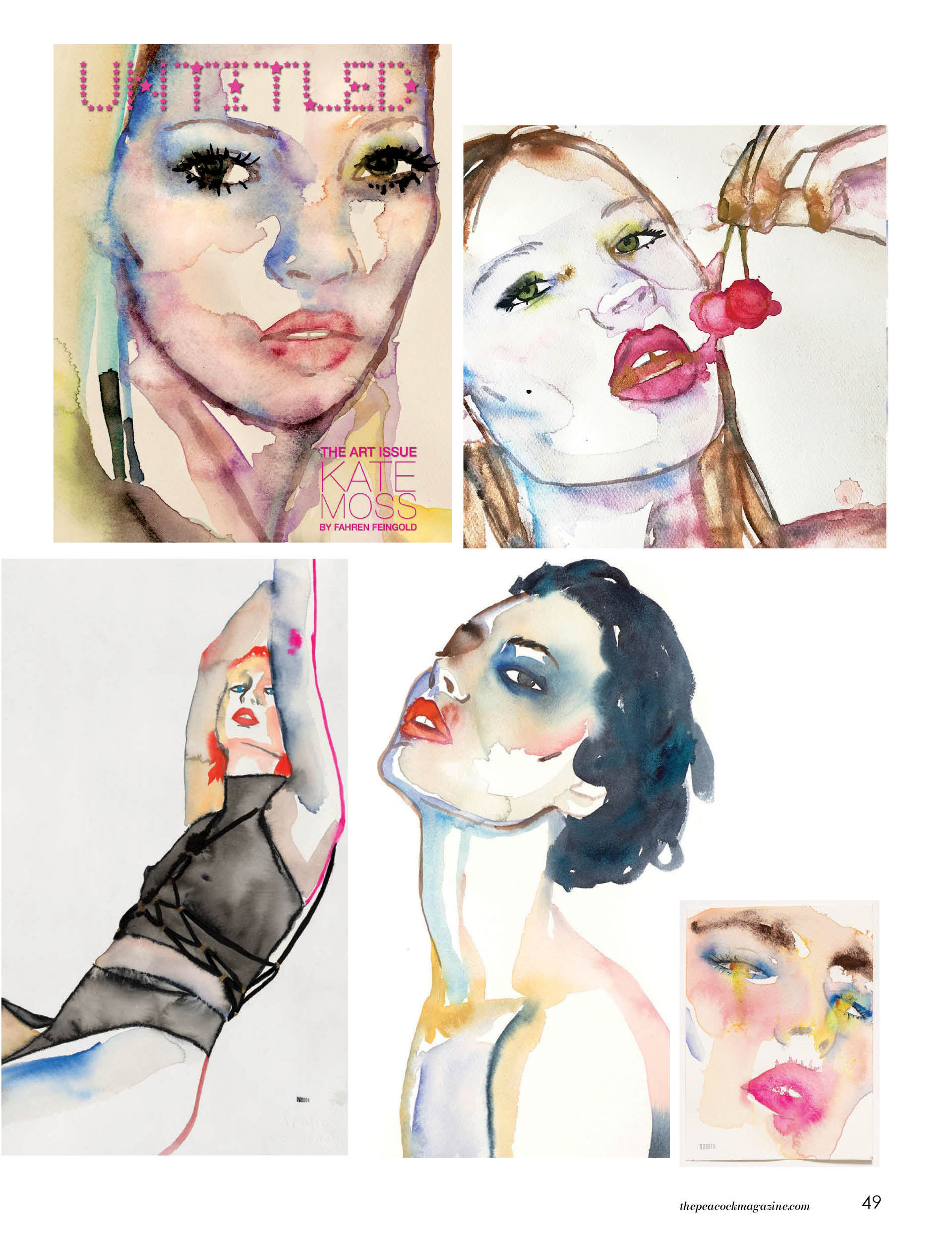