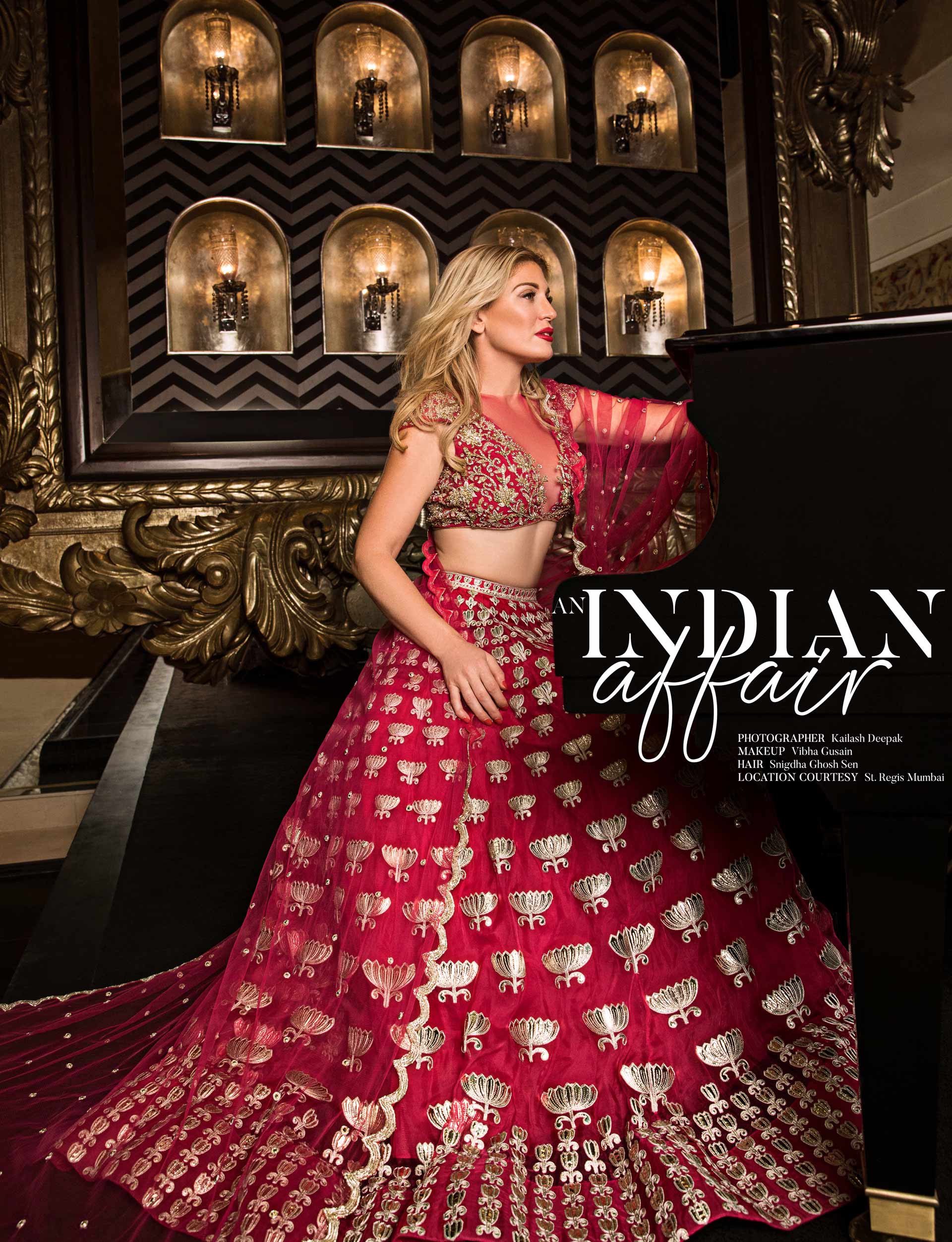 Elite socialite, model and television host Hofit Golan needs no introduction; the breathtaking Israeli stunner is a red-carpet regular and swears by custom couture. Over the years, she has graced prominent events like The Cannes film festival and Oscars, where she has seamlessly portrayed her enviable charm and eclectic sense of style. Golan is living her best life while giving a glimpse of it to her vast range of ardent Instagram followers, which will be hitting the million milestone soon. The modern-day siren started her career at the age of 14, by starring in a dance television show, from where she found her direction and met icons like Janet Jackson and Madonna who shaped her life. She began her venture as a young entrepreneur at the age of 20, by starting a local concierge company for tourists, after which she received her big break with fashion Tv that changed her life forever. Hofit later catapulted her television popularity and turned into an influencer, leading to successful collaborations with luxury brands. In her recent visit to India, Hofit stepped into the shoe of a modern Indian bride for an opulent editorial for The Peacock Magazine, dressed in bedazzling couture, Hofit Golan made for the perfect cross-over bride. Making the traditional ensemble her own, she looked resplendent posing across the picturesque backdrop, that is the St. Regis Hotel and owning the cultural melange like a dream. 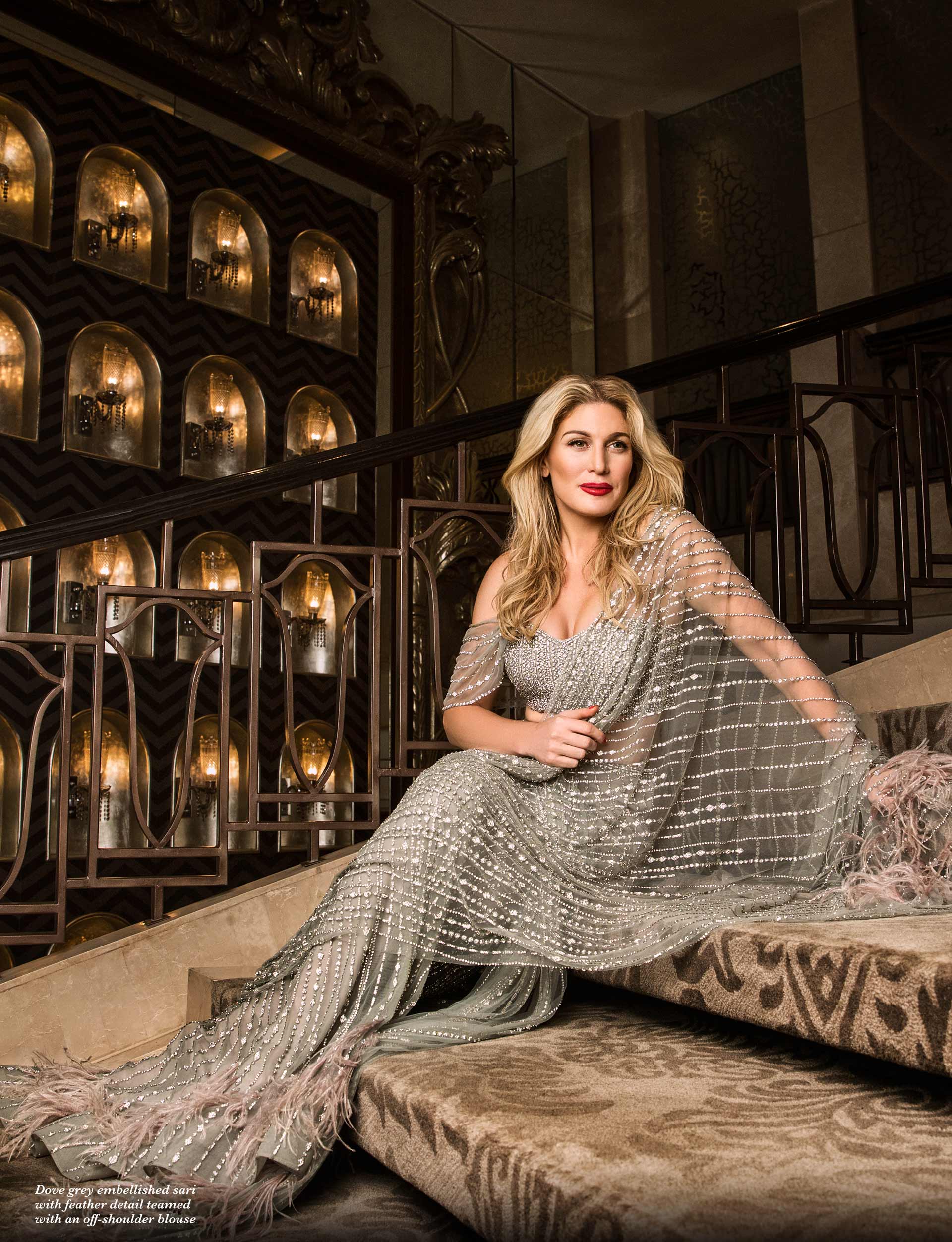 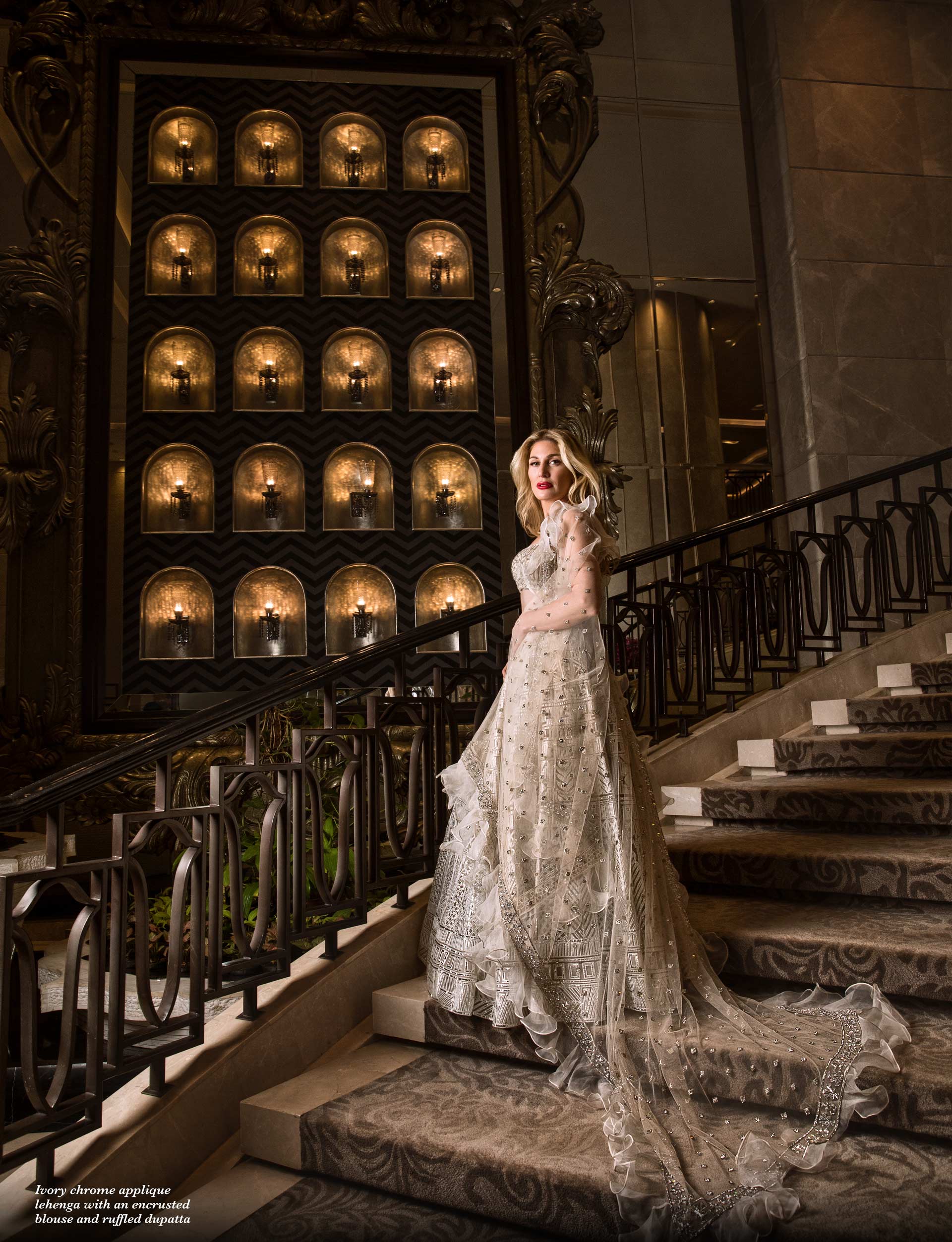