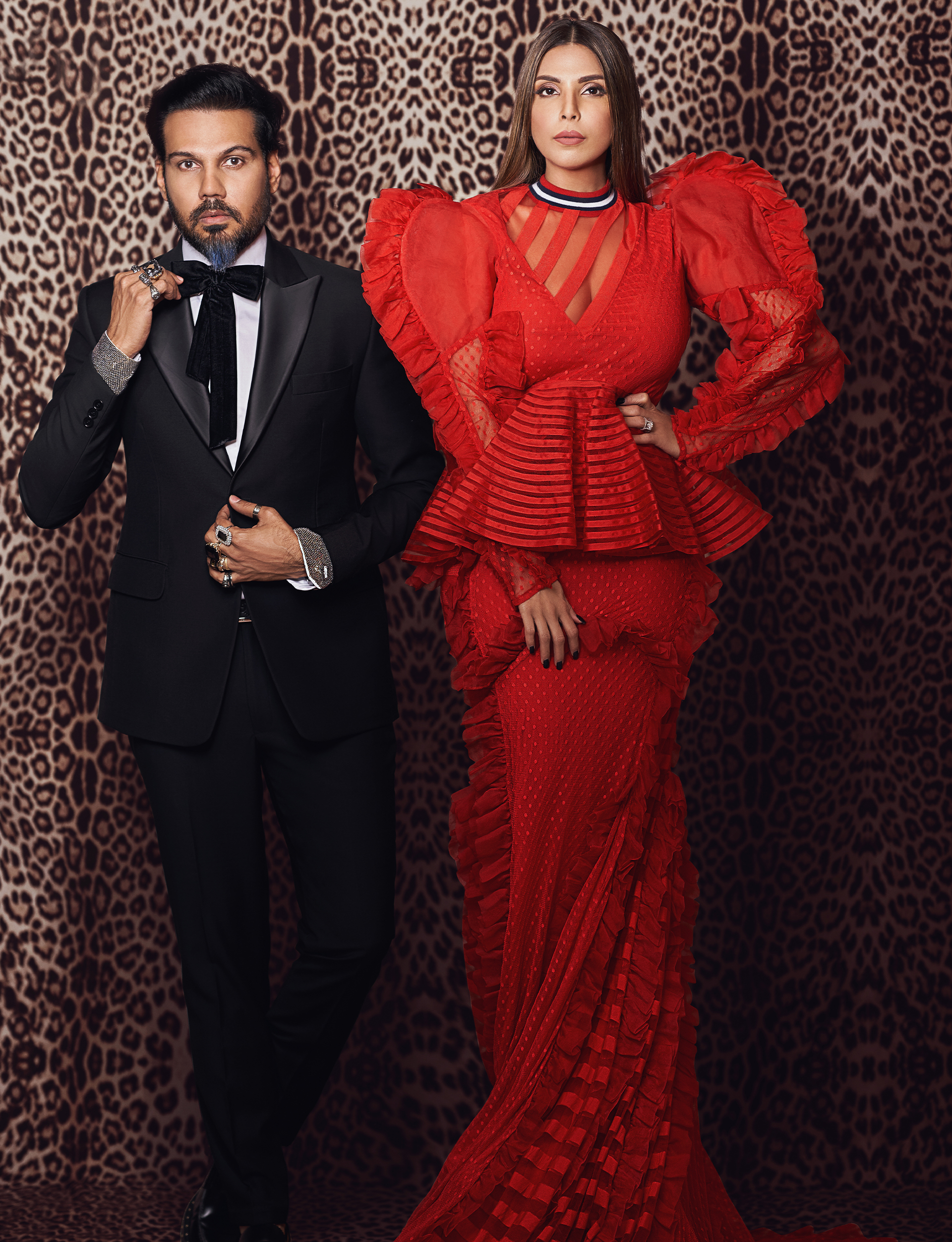 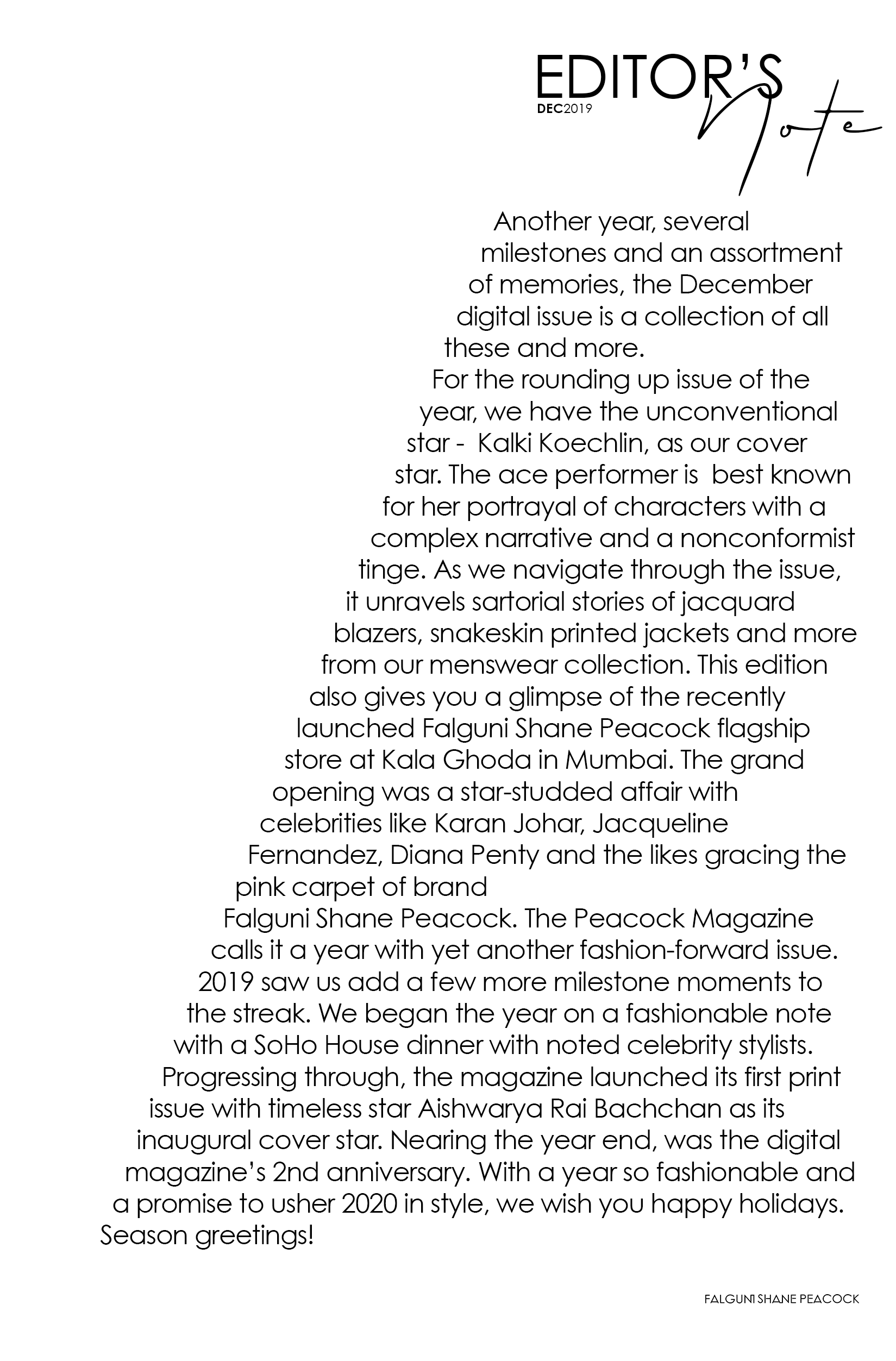 Another year, several milestones and an assortment of memories, the December digital issue is a collection of all these and more. For the rounding up issue of the year, we have the unconventional star – Kalki Koechlin, as our cover star. The ace performer is best known for her portrayal of characters with a complex narrative and a nonconformist tinge. As we navigate through the issue, it unravels sartorial stories of jacquard blazers, snakeskin printed jackets and more from our menswear collection. This edition also gives you a glimpse of the recently launched Falguni Shane Peacock flagship store at Kala Ghoda in Mumbai. The grand opening was a star-studded affair with celebrities like Karan Johar, Jacqueline Fernandez, Diana Penty and the likes gracing the pink carpet of brand Falguni Shane Peacock. The Peacock Magazine calls it a year with yet another fashion-forward issue. 2019 saw us add a few more milestone moments to the streak. We began the year on a fashionable note with a SoHo House dinner with noted celebrity stylists. Progressing through, the magazine launched its first print issue with timeless star Aishwarya Rai Bachchan as its inaugural cover star. Nearing the year end, was the digital magazine’s 2nd anniversary. With a year so fashionable and a promise to usher 2020 in style, we wish you happy holidays. Season greetings!