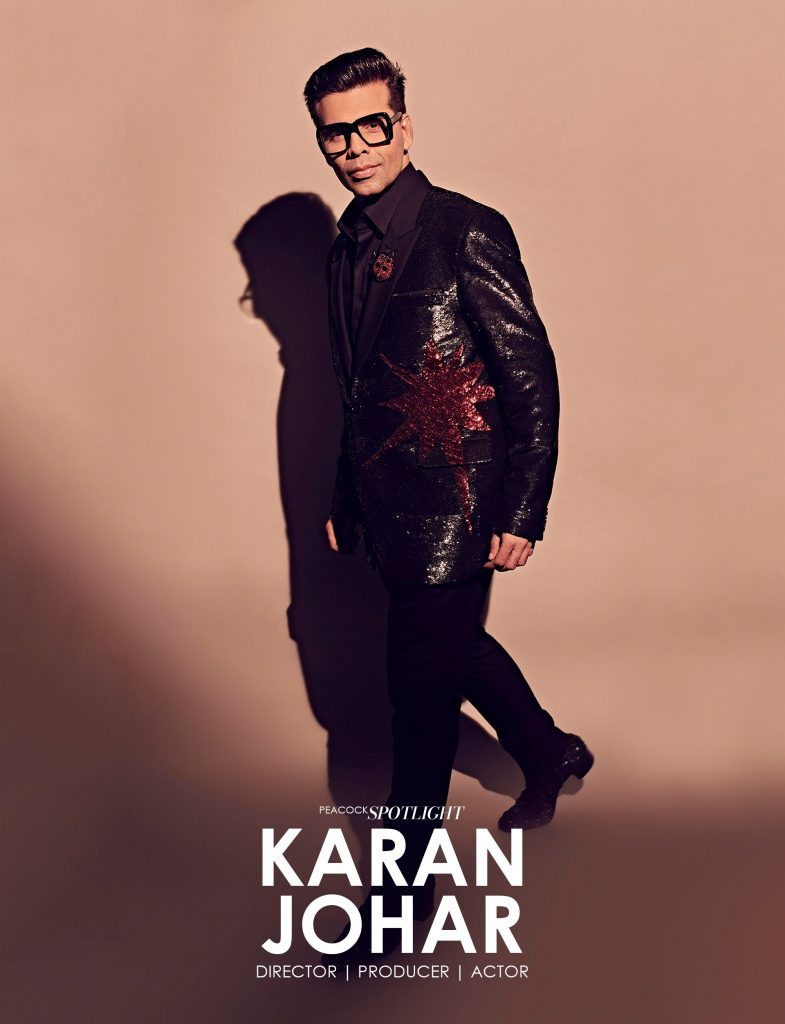 Scion to the eponymous Dharma Production, Karan Johar has proven to be so much more than a filmmaker. From his unabashed confidence with which he carries his fashion looks, to the way he gets the best out of celebrities on his talk show, Karan Johar is the master of all trades. Over the years he has entertained people through his films. Whether it is projecting fairytale romance on the screen to showcasing larger than life family dramas, no one does it quite like him. With his magnetic social media presence, he is a definite mass favourite because of the bone-tickling insight he gives in life through the hilarious videos he shoots for his followers. Known to be a mentor to the young battalion of actors and directors in the movie business – Karan Johar is a true millennial at heart.

1) ONE NICKNAME NO ONE KNOWS YOU HAVE?
“‘KARU’ My college friends called me that.”

4) THE LAST SONG YOU SHAKED A LEG TO?
“Ladki Kar Gayi Chul. I was just listening to it on the radio.”

5) WHAT IS YOUR HIDDEN TALENT?
“I think I’ve shown everything that there exists within my ecosystem to the world, what more can I show you. I can’t sing.”

8) THE MOST ADVENTUROUS THING YOU’VE DONE?
“I ﬂew.”

11) CAN YOU DESCRIBE YOURSELF IN 3 WORDS?
“Aimable | Affable | Approachable

14) WHO HAS THE BEST STYLE IN BOLLYWOOD?
“Amitabh Bachchan”

15) IF NOT A PRODUCER/DIRECTOR/ACTOR WHAT WOULD YOU BE?
“Fashion Designer”

16) ONE CELEBRITY WHOSE WARDROBE YOU WANT TO STEAL
“My own, because it needs to be sold, it costs too much. I need the money back.”

17) SOMEBODY YOU WOULD LOVE TO HAVE COFFEE WITH?
“Coﬀee with Rekha”

18) ONE THING ABOUT KARAN JOHAR NO ONE KNOWS?
“That I can lie and you’d never know.”

19) THREE THINGS YOU’VE DONE FROM YOUR BUCKET LIST?
“I have actually done eight. I wanted to do a talk show, wanted to make a film & I wanted to design a line. I’ve done all three.”