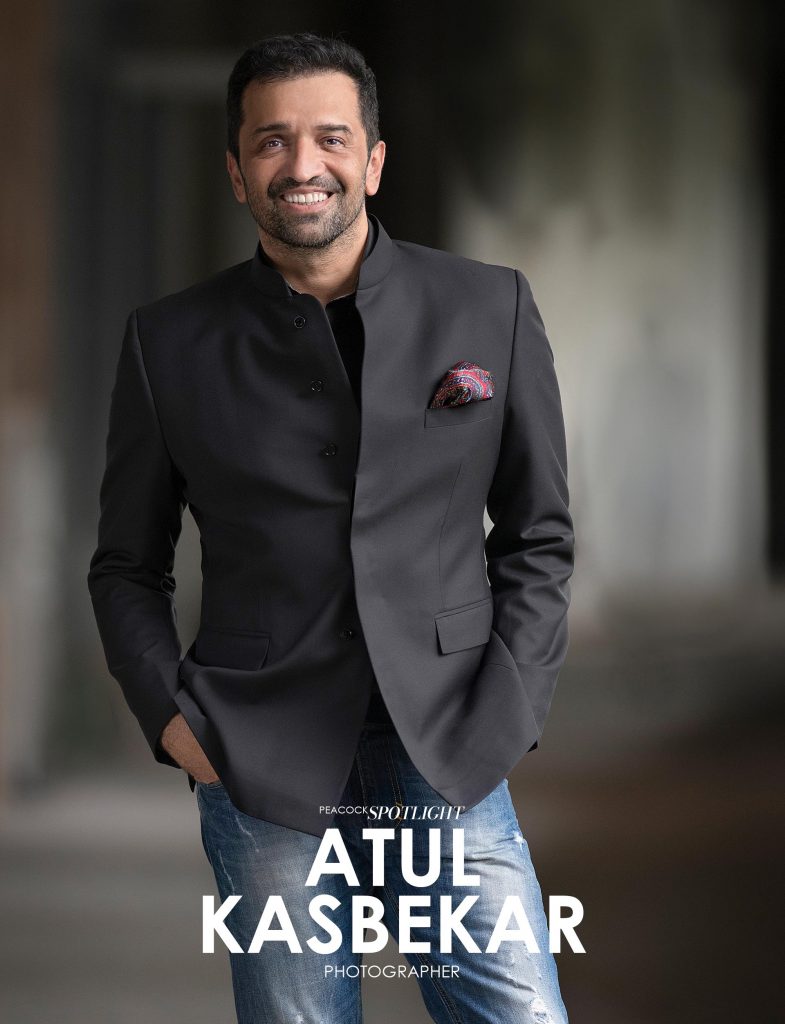 “We caught up with this multi-faceted man who opened up about the his favorite shoot, what facet of his he identifies the best with and throws in a dash of advice to the budding photographers.”

Atul Kasbekar is undoubtedly the man who needs no introduction when we speak fashion. The ace photographer’s repertory is as endless as his achievements. His art has spilled over the limits of conventional methodologies thus giving us something fresh with every shoot he sews up. Atul laid out his career as photographer in the year 1991 through a studio in the maximum city of Mumbai just after his homecoming from The States. In a short span he shot to fame and went on to be the man behind the lens for the illustrious Kingfisher calendar shoots. His glorious streak continued when he was signed with ‘Bling! Entertainment Solutions’ that caters to prestigious retail brands and many A-lister of Bollywood such as Deepika Padukone, Abhishek Bachchan and the likes, as their lensman. Atul explored his entrepreneurial side by launching his own venture ‘Corporate Image’ that manages the identities of top brass managerial persons of corporate. His clientele includes honchos like Ratan Tata, Anil Ambani to say the least. Not the one to stop and always the kind to experiment, Kasbekar took up film production and churned out three commercial and critically acclaimed hits ‘Neerja’,‘Tumhari Sulu’ and ‘Why Cheat India’.

1) MOST ICONIC SHOOT?
“I have been shooting for the Kingfisher calendar since 2003. This year we will be shooting the 2020 edition, the 18th in the series. I don’t think there’s been a longer association between any brand and photographer to my knowledge in Indian advertising history. This shoot is particularly iconic because it has resulted as a launch pad for many a talent that are some of the biggest names in the Indian film industry today.”

2) PHOTOGRAPHER OR A PRODUCER?
“Frankly being a producer is a much, much larger canvas then being a photographer. It takes a lot to produce and create a motion picture. It involves dealing with ten times more creative professionals. After having made three films, I am very reserved in my judgement of other films that I watch since I truly appreciate the amount of effort that goes into making a film, any film. My role is really to try and get the best out of people as a producer. It involves creating a platform on which various people can come together and hopefully create magic.”

3) ADVICE TO YOUNG PHOTOGRAPHERS?
“Photography is a passion-fueled profession. You should only get into being a photographer if you are completely consumed by the act of making visuals. I must warn you that there are a lot of people out there shooting professionally. Hence, it would be a good idea to consider doing video as the professional market for camera men is vast at many levels.”

4) FAVOURITE PERSON TO SHOOT ALWAYS?
“To be honest, I am quite sick and tired of answering this question, as it has been asked as an obvious query by journalists since the beginning of my career. Personally, I have never thought of myself as a fashion photographer and see myself more as a people photographer. Faces fascinate me and on any given day I believe I will have the technical, aesthetic ability and the emotional quotient to be able to make any face look its best. And that in itself is a challenge which I look forward to.”