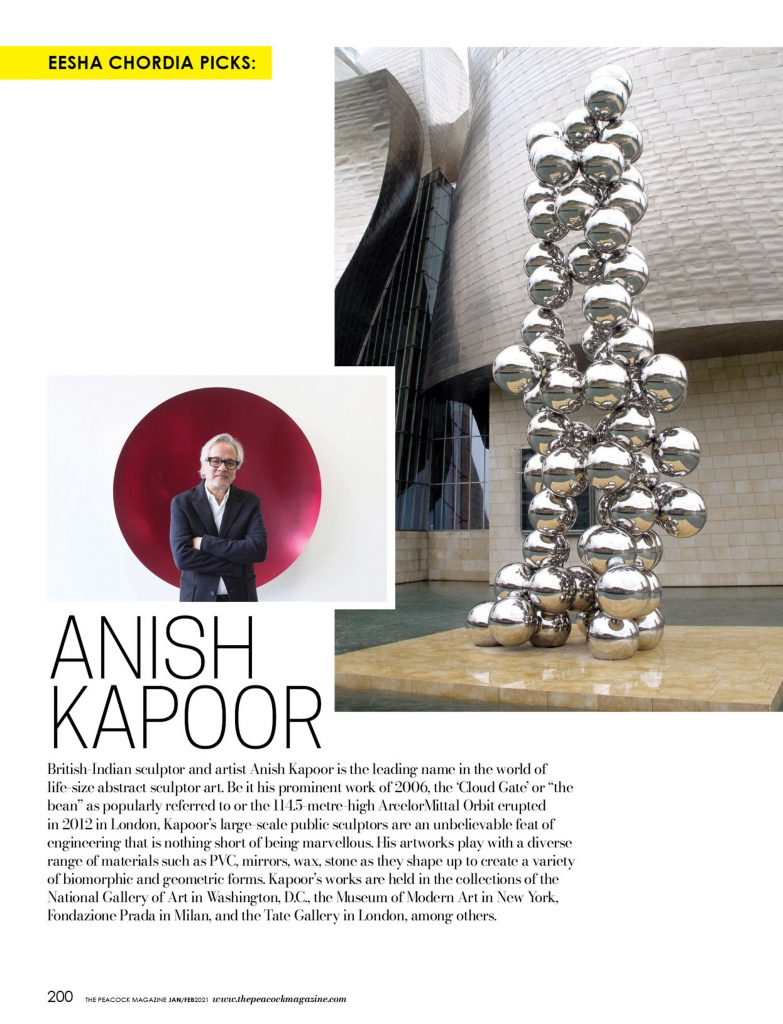 British-Indian sculptor and artist Anish Kapoor is the leading name in the world of life-size abstract sculptor art. Be it his prominent work of 2006, the ‘Cloud Gate’ or “the bean” as popularly referred to or the 114.5-metre-high ArcelorMittal Orbit erupted in 2012 in London, Kapoor’s large-scale public sculptors are an unbelievable feat of engineering that is nothing short of being marvellous. His artworks play with a diverse range of materials such as PVC, mirrors, wax, stone as they shape up to create a variety of biomorphic and geometric forms. Kapoor’s works are held in the collections of the National Gallery of Art in Washington, D.C., the Museum of Modern Art in New York, Fondazione Prada in Milan, and the Tate Gallery in London, among others. 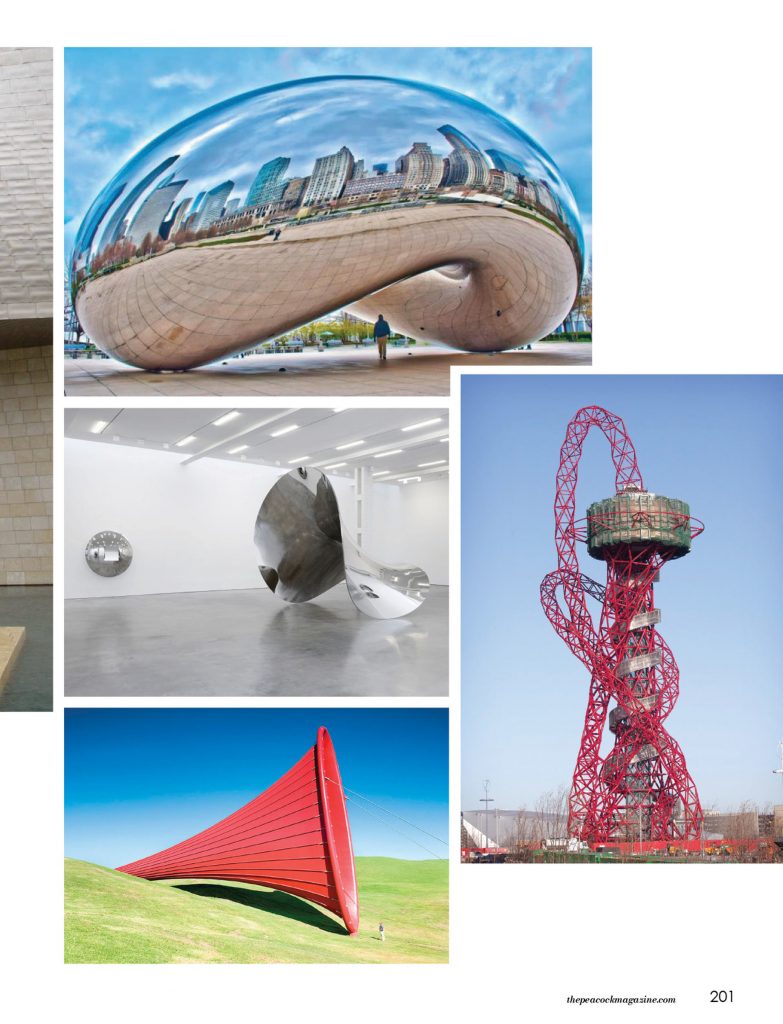