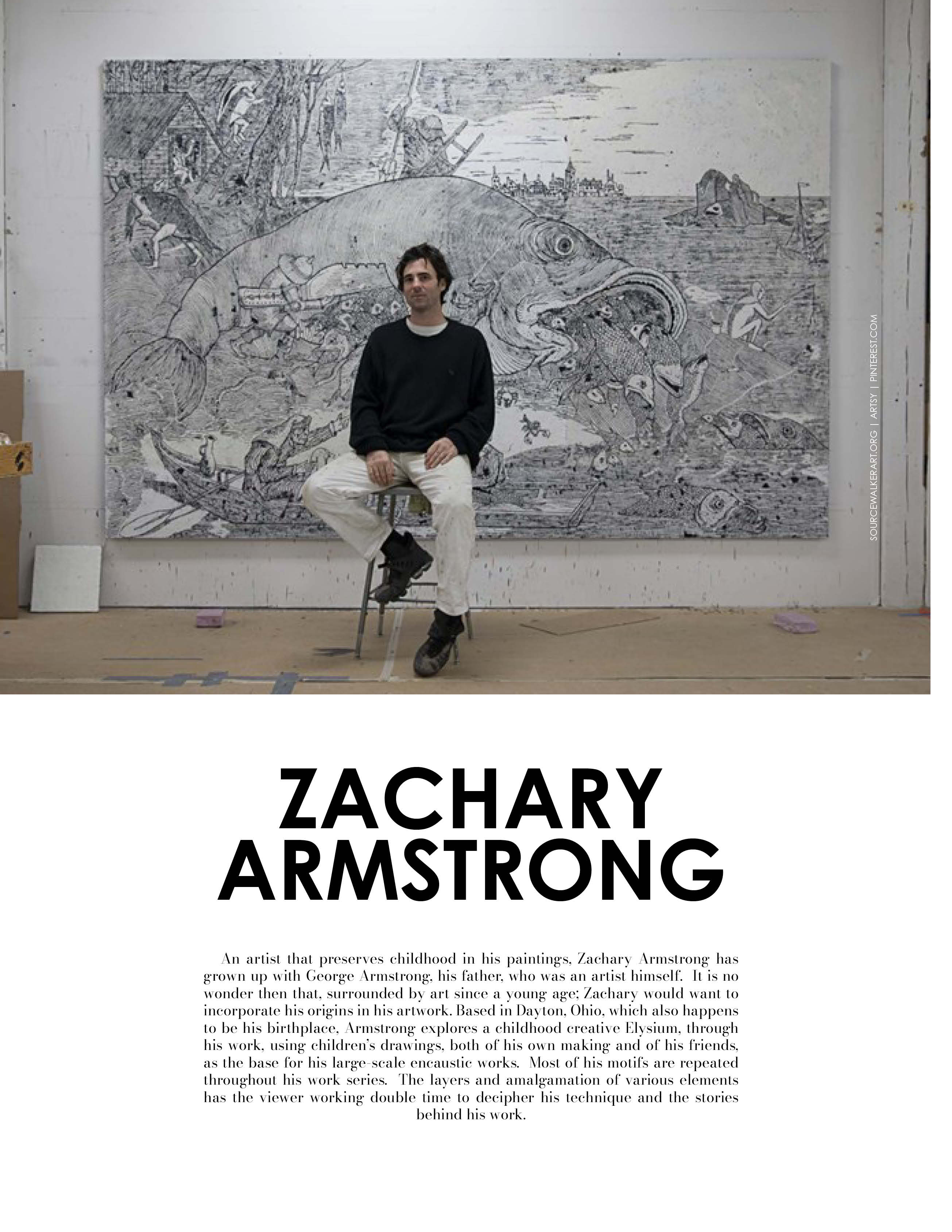 An artist that preserves childhood in his paintings, Zachary Armstrong has grown up with George Armstrong, his father, who was an artist himself. It is no wonder then that, surrounded by art since a young age; Zachary would want to incorporate his origins in his artwork. Based in Dayton, Ohio, which also happens to be his birthplace, Armstrong explores a childhood creative Elysium, through his work, using children’s drawings, both of his own making and of his friends, as the base for his large-scale encaustic works. Most of his motifs are repeated throughout his work series. The layers and amalgamation of various elements has the viewer working double time to decipher his technique and the stories behind his work. 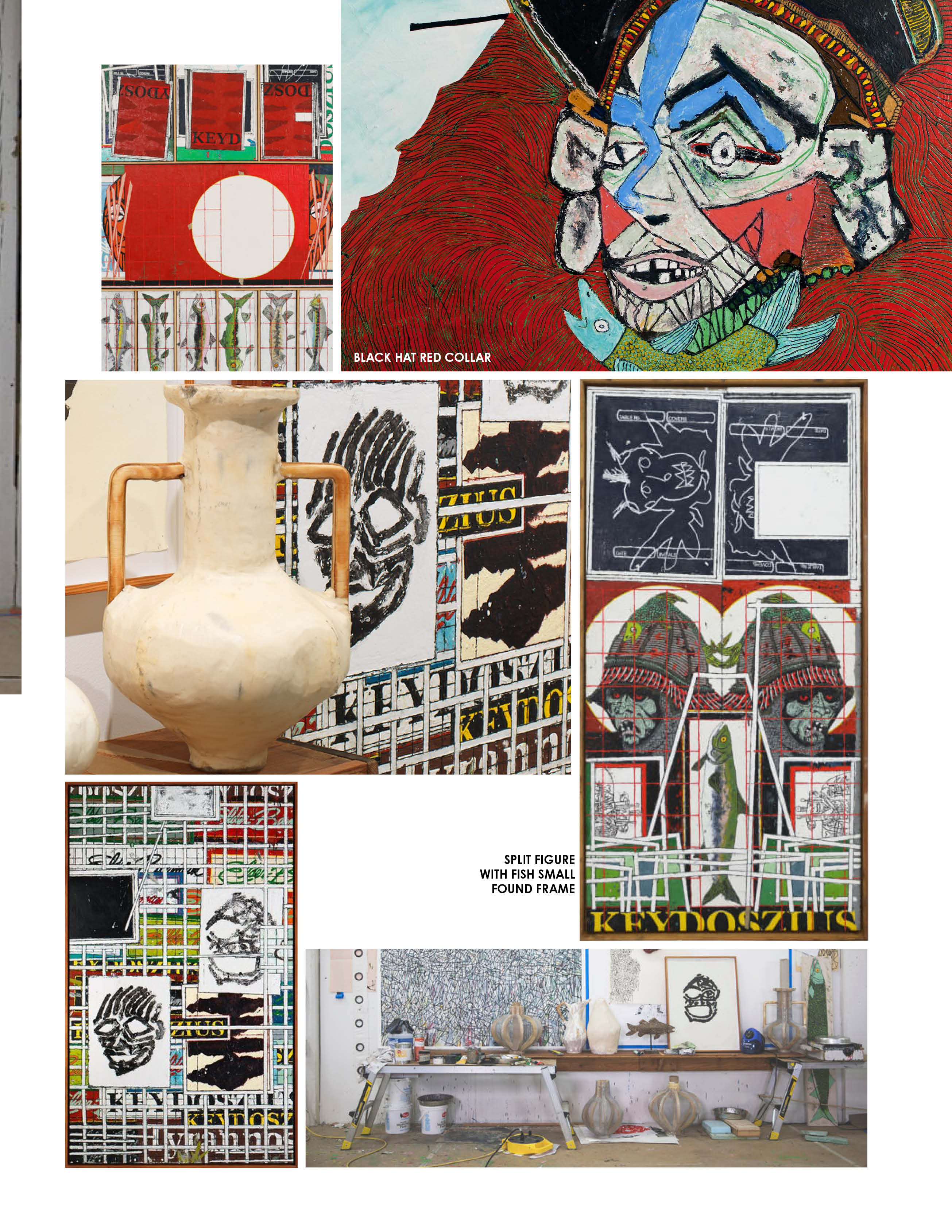