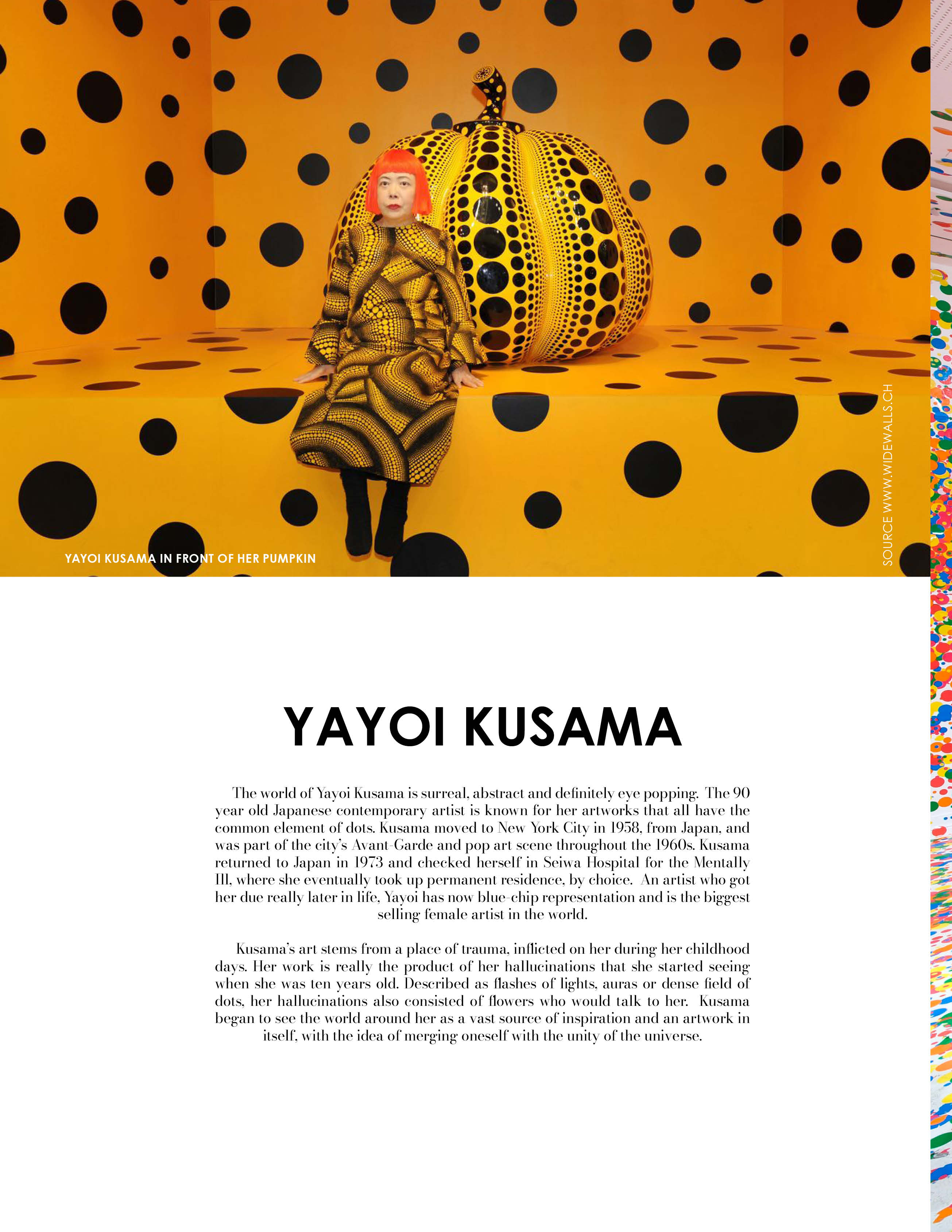 The world of Yayoi Kusama is surreal, abstract, and definitely eye-popping. The 90-year-old Japanese contemporary artist is known for her artworks that all have the common element of dots. Kusama moved to New York City in 1958, from Japan, and was part of the city’s Avant-Garde and pop art scene throughout the 1960s. Kusama returned to Japan in 1973 and checked herself in Seiwa Hospital for the Mentally Ill, where she eventually took up permanent residence, by choice. An artist who got her due really later in life, Yayoi now has blue-chip representation and is the biggest selling female artist in the world.

Kusama’s art stems from a place of trauma, inflicted on her during her childhood days. Her work is really the product of her hallucinations that she started seeing when she was ten years old. Described as flashes of lights, auras or dense field of dots, her hallucinations also consisted of flowers who would talk to her. Kusama began to see the world around her as a vast source of inspiration and an artwork in itself, with the idea of merging oneself with the unity of the universe. 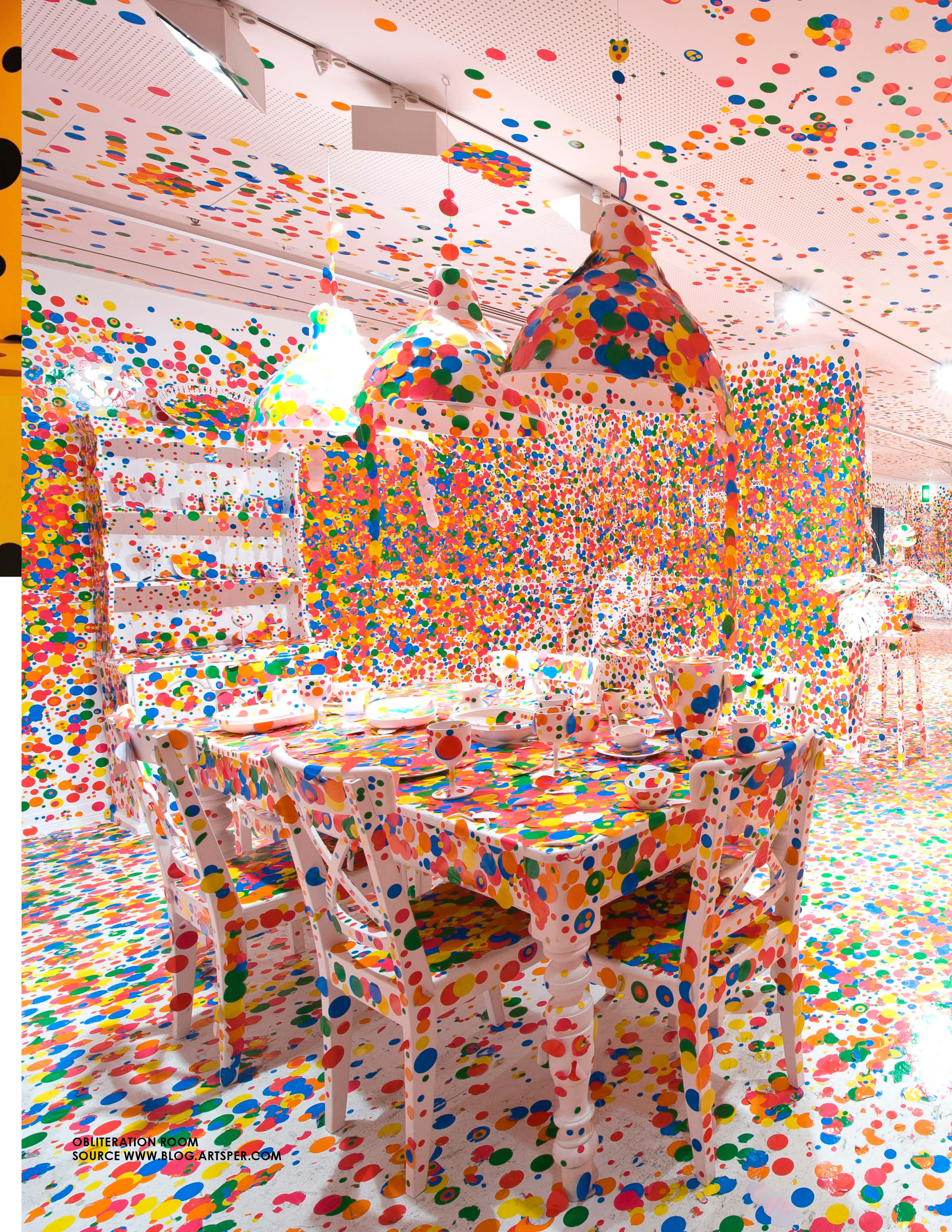 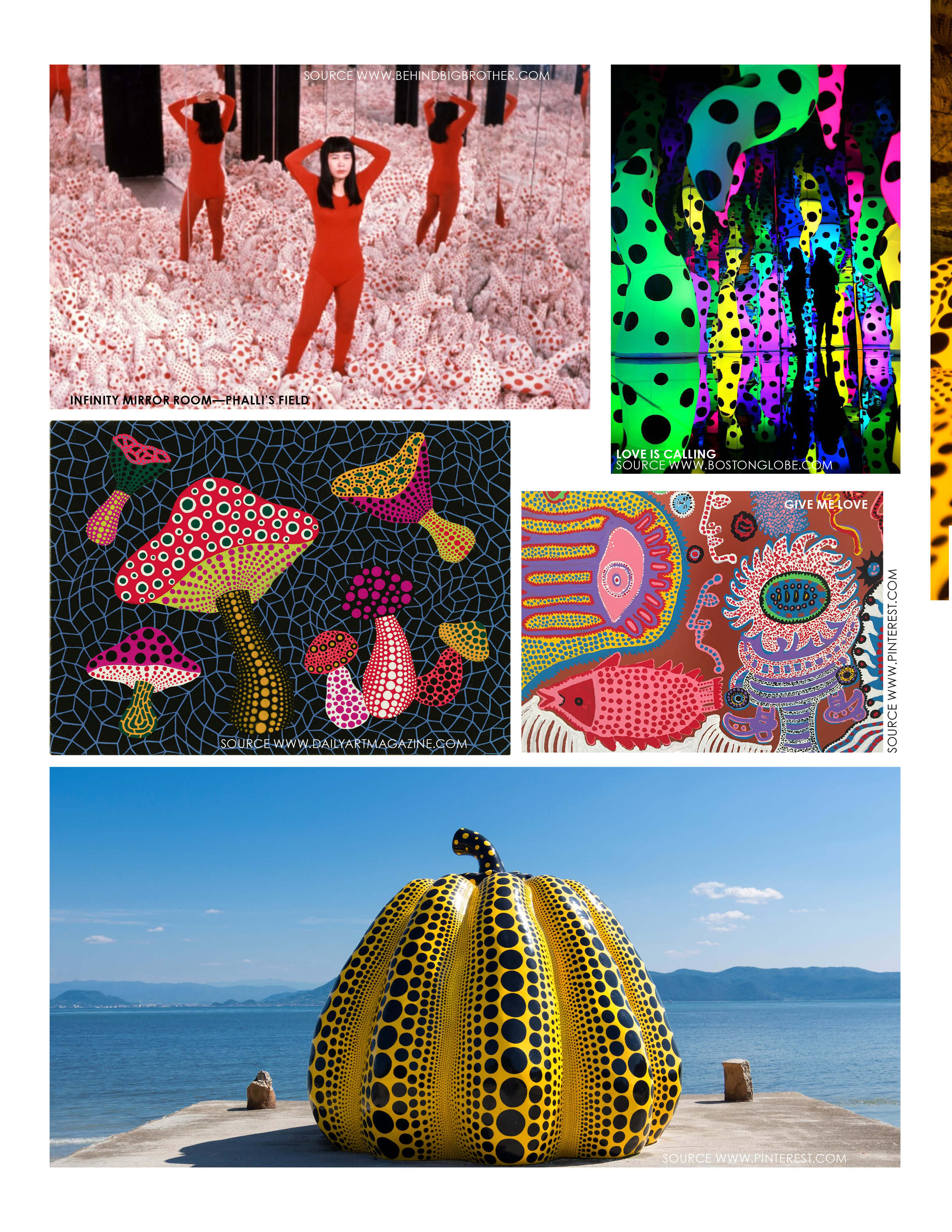 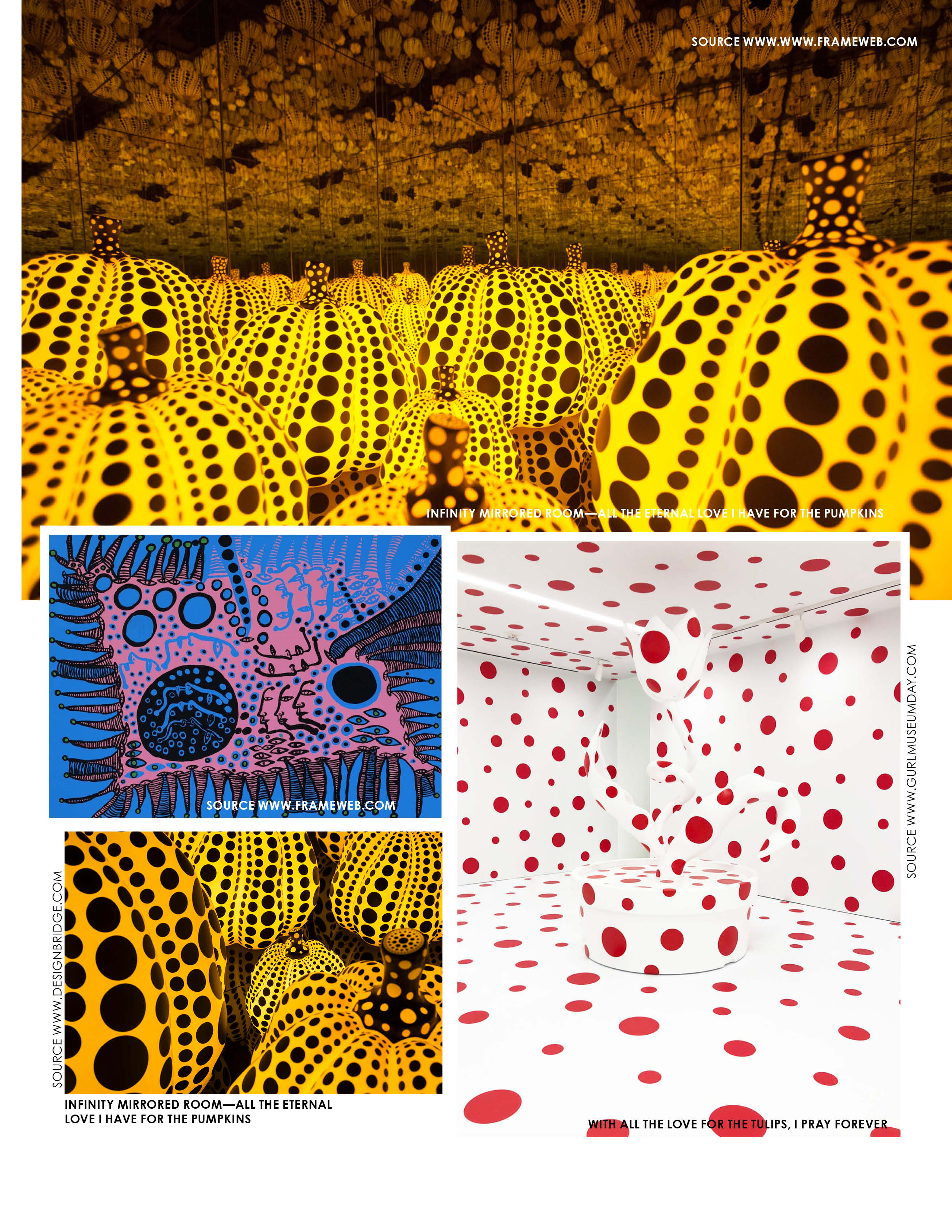