Shooting With Ujjwala Raut In NYC

“The relationship that you can have with a city like New York, is simply Unique. There are endless possibilities and there is nothing you cannot do. As designers, our philosophy is to not blend in. New York with all its different cultures and people, upholds this philosophy like no other city.”

“People might go to New York for various different reasons, for us, that city has a sparkle. There could not have been more apt a place than New York to shoot our collection because NYC is one of a kind and it enhances the entire grandeur of our haute couture collection. Shooting in the middle of times square, with all the craziness that surrounds was totally euphoric!”

“Our campaign with Ujjwala Raut has been named the Magic hour because it was shot right before sunrise. New York was looking absolutely spectacular during the golden hour! Supermodel and Supermom, Ujjwala Raut makes a statement with sheer gowns, chrome appliqué lehengas, feathers and bejewelled capes in NYC. UjjwalaRaut taking over New York in Falguni Shane Peacock couture is a downright delight !” 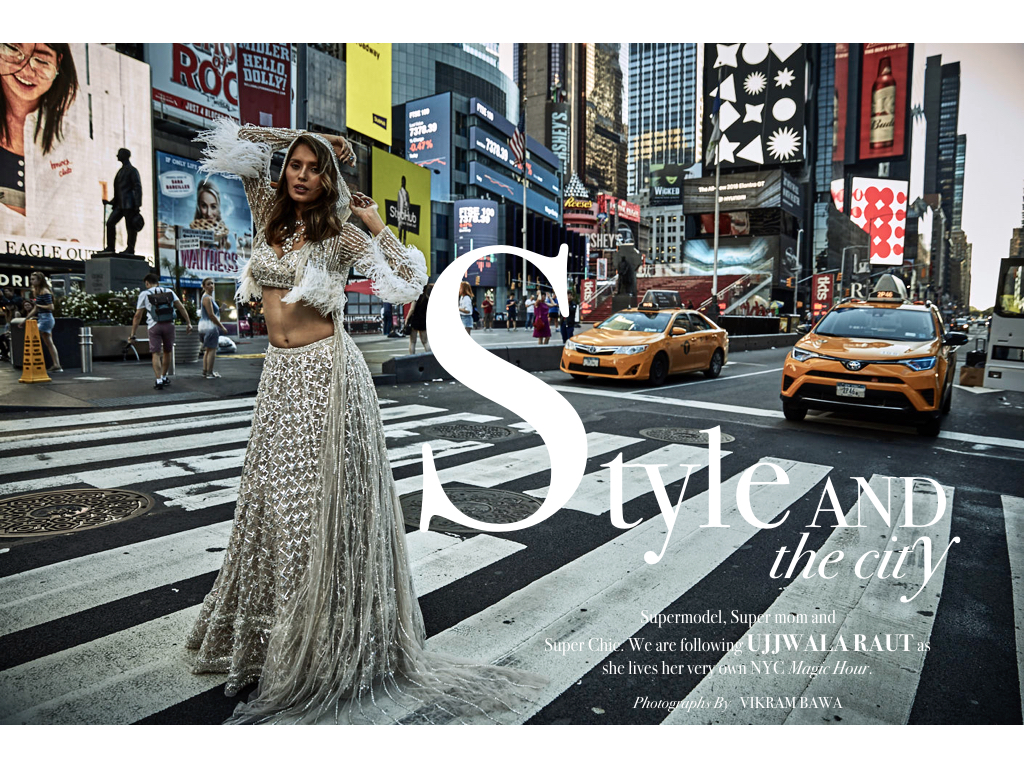 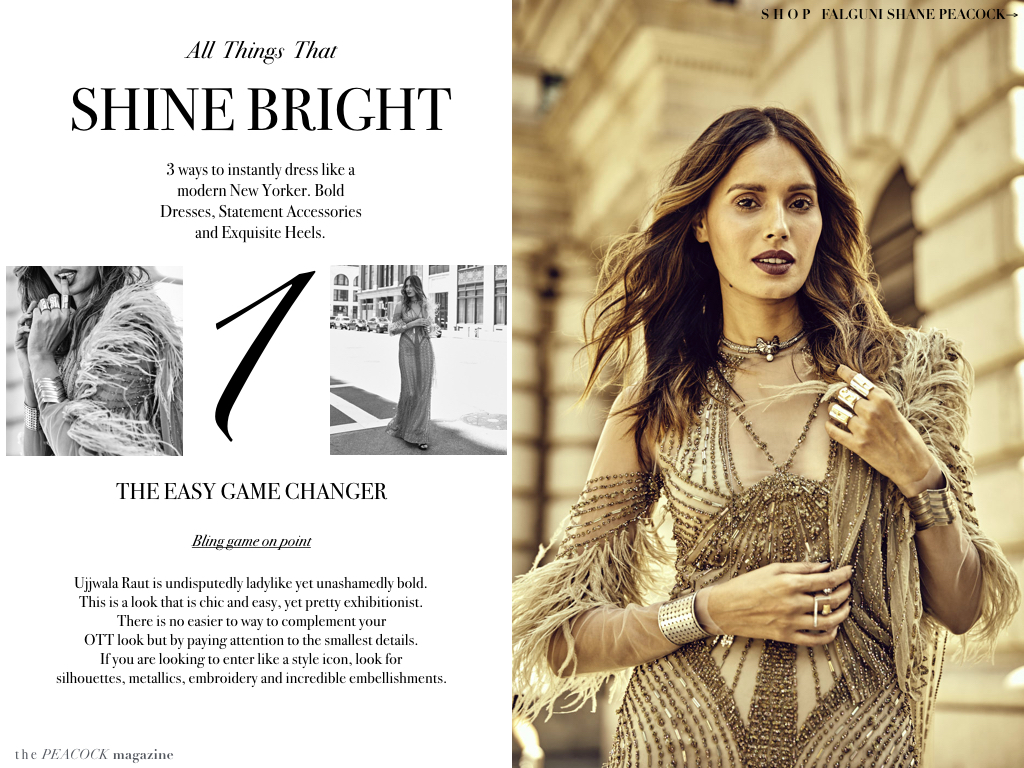 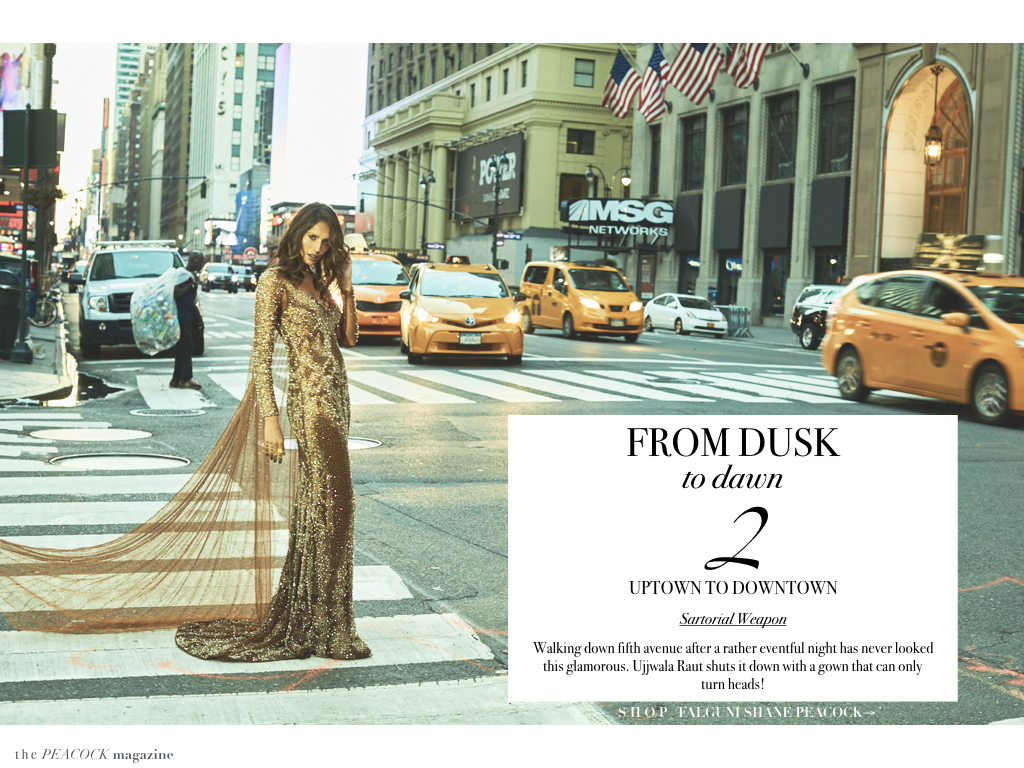 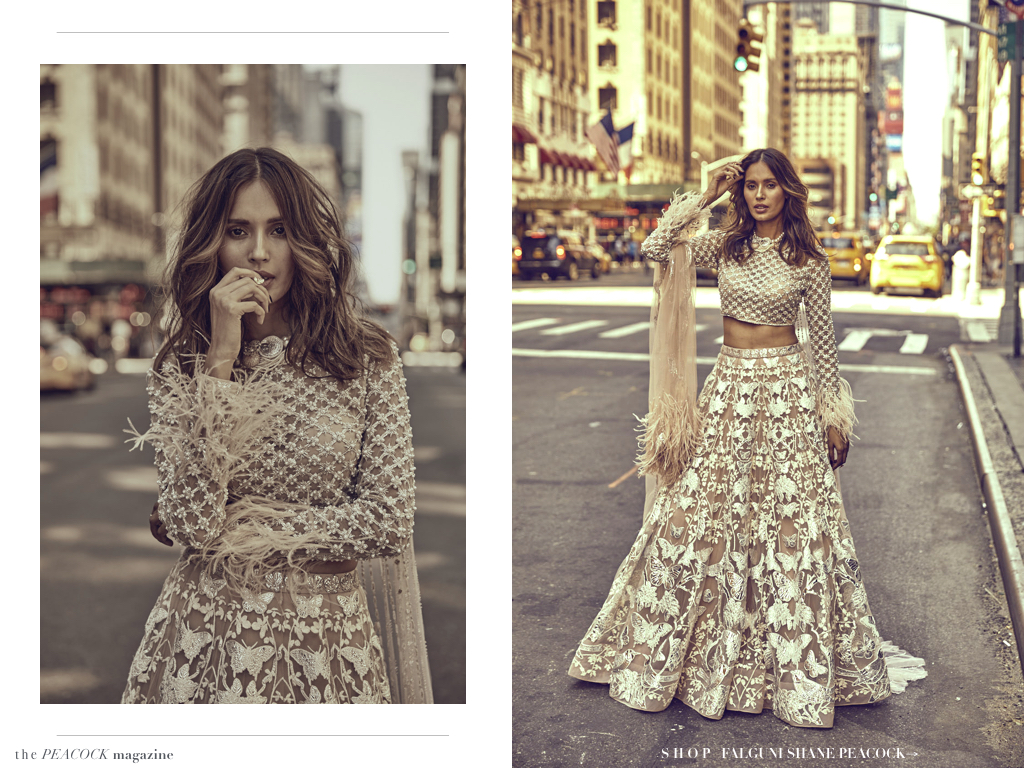 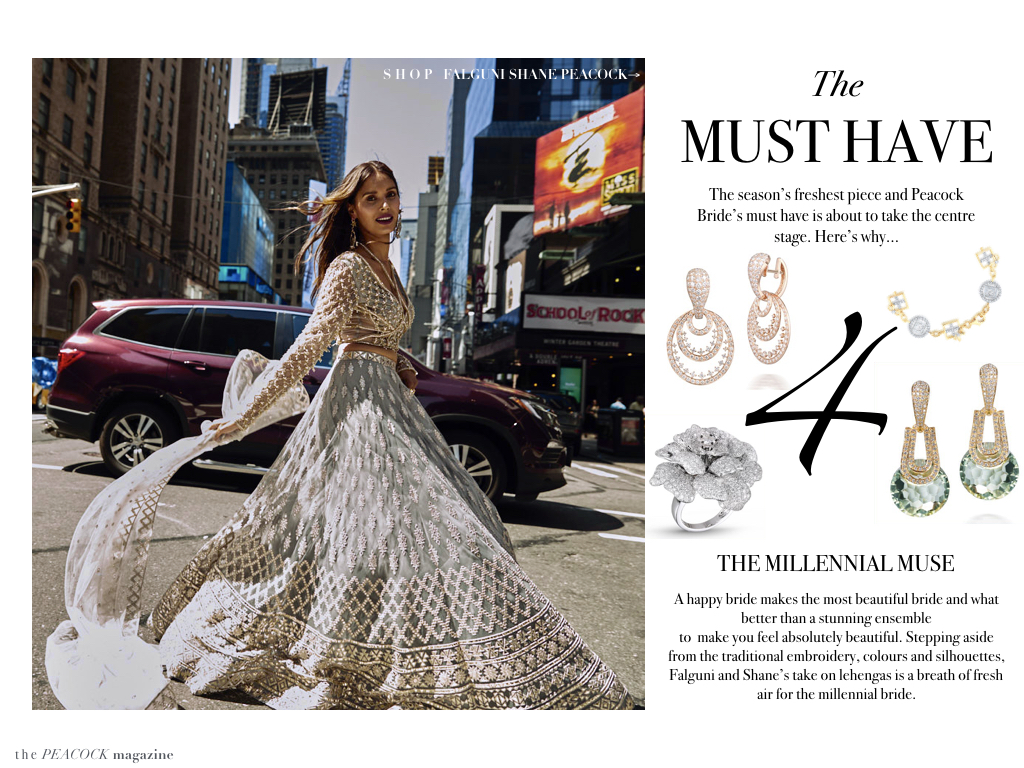 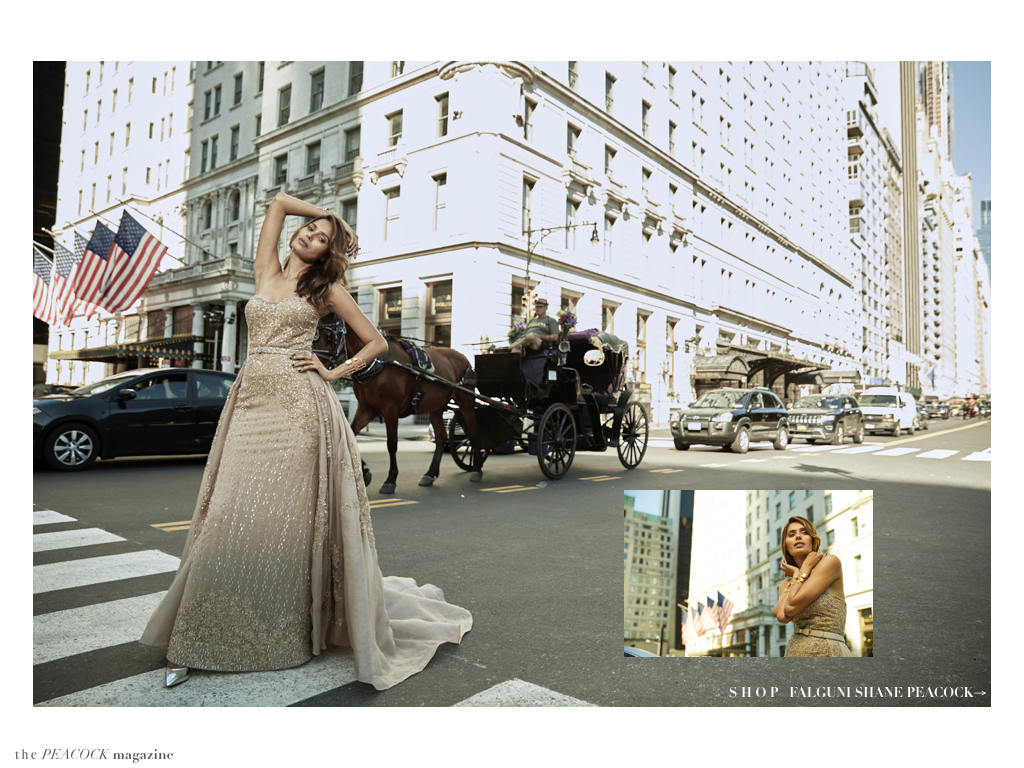