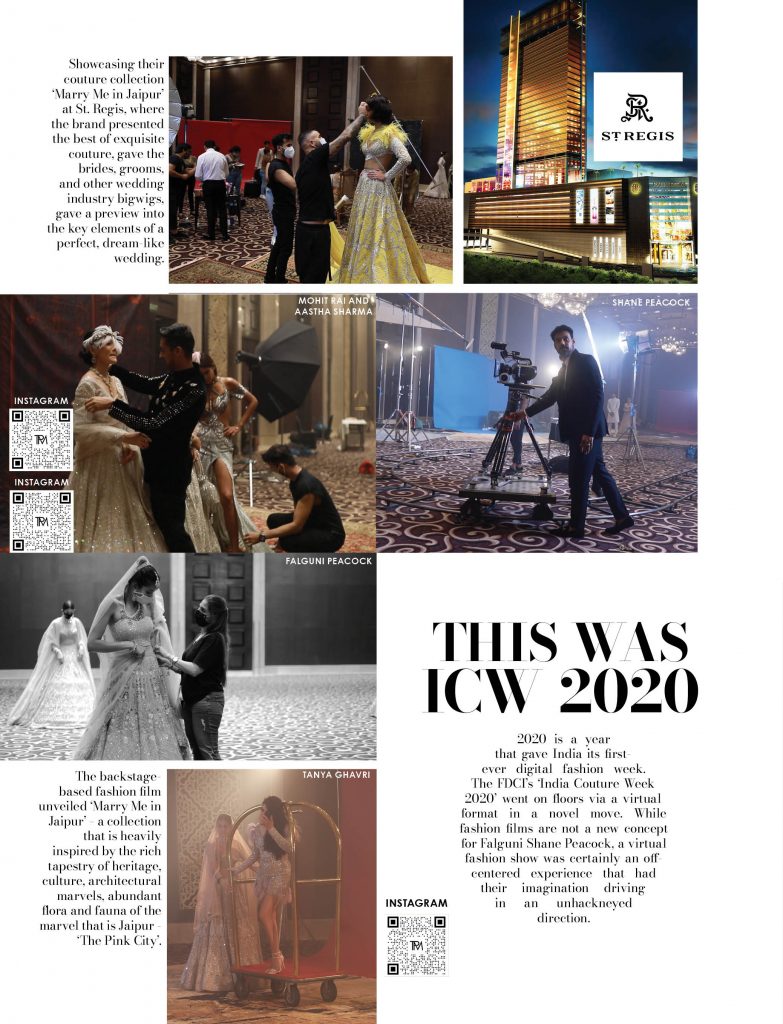 [1] Shot at the St. Regis Hotel in Mumbai, ‘Spectacle Privé’ takes viewers backstage to witness the intrinsic effort put into every aspect of creation presented in each look.

[2] We wanted the viewers to have a close up of the models in the garments and have the camera turning instead of the models turning towards them. This time we are taking a step further and embracing technology via VR and the fashion film has been recorded in 360 degrees. The viewers can now actually see what is happening while the shoot is happening and it is very exciting for us as well. 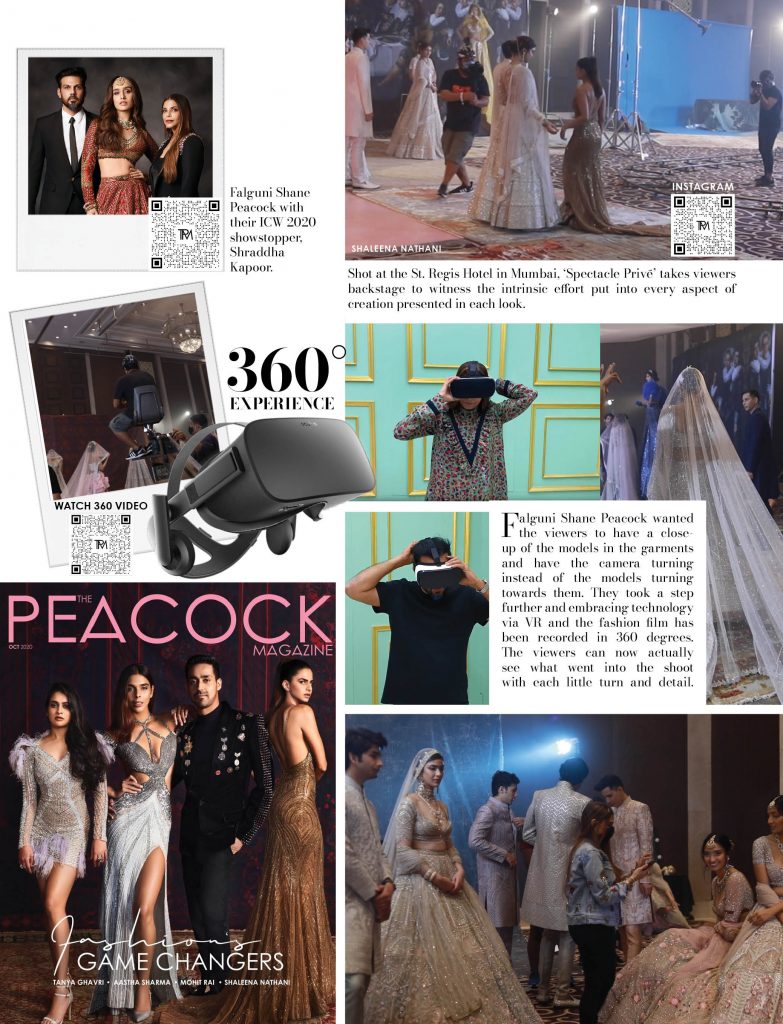 [1] Showcasing our couture collection ‘Marry Me in Jaipur’ at St. Regis, where the brand presented the best of exquisite couture, gave the brides, grooms, and other wedding industry bigwigs, gave a preview into the key elements of a perfect, dream-like wedding.

[2] The backstage-based fashion film unveiled ‘Marry Me in Jaipur’ – a collection that is heavily inspired by the rich tapestry of heritage, culture, architectural marvels, abundant flora and fauna of the marvel that is Jaipur – ‘The Pink City’.

[3] 2020 is a year that gave India its first-ever digital fashion week. The FDCI’s ‘India Couture Week 2020’ went on floors via a virtual format in a novel move. While fashion films are not a new concept for Falguni Shane Peacock, a virtual fashion show was certainly an off-centered experience that had their imagination driving in an unhackneyed direction.