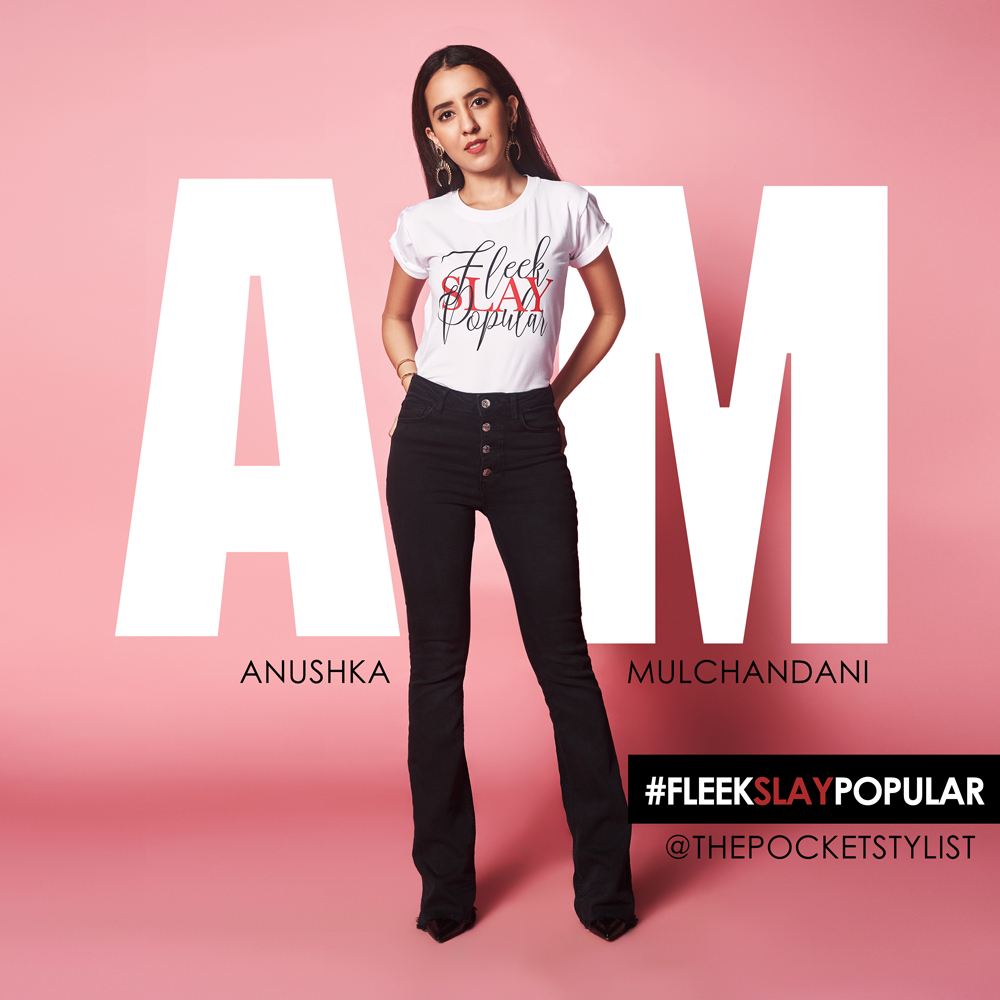 Anushka Mulchandani is a freelance fashion stylist, blogger and entrepreneur. Apart from working with Style Cracker, she displays her own personal aesthetic through her blog called the Pocket Stylist. Anushka also co-owns an accessory brand, Pocket Stash, which specializes in customized pocket-sized fanny packs. In a fun conversation at the launch of the #iamfsp2.0 t-shirt campaign, Anushka talked about infusing social media as a tool to enhance her career and how much of it are a boon and a curse in today’s world.

1) AS A SOCIAL MEDIA INFLUENCER WHAT PART ABOUT CONTENT CREATING DO YOU ENJOY THE MOST?
“So on social media, the main part is what you put out on the feed, but for me, it’s about creating the mood board for the content you’re about to put out there. I love going on Pinterest and picking out inspiration for my photos.”

2) HOW INFLUENTIAL IS SOCIAL MEDIA ON FASHION AND BEAUTY TRENDS?
“Honestly, it’s very influential, it used to be all about the magazine, it still is, but it’s easier and accessible to be influenced by social media, so yes it’s highly influential.”

3) IS THE RISE OF SOCIAL MEDIA A BOON OR A CURSE?
“It’s a bit of both, but for different people.”