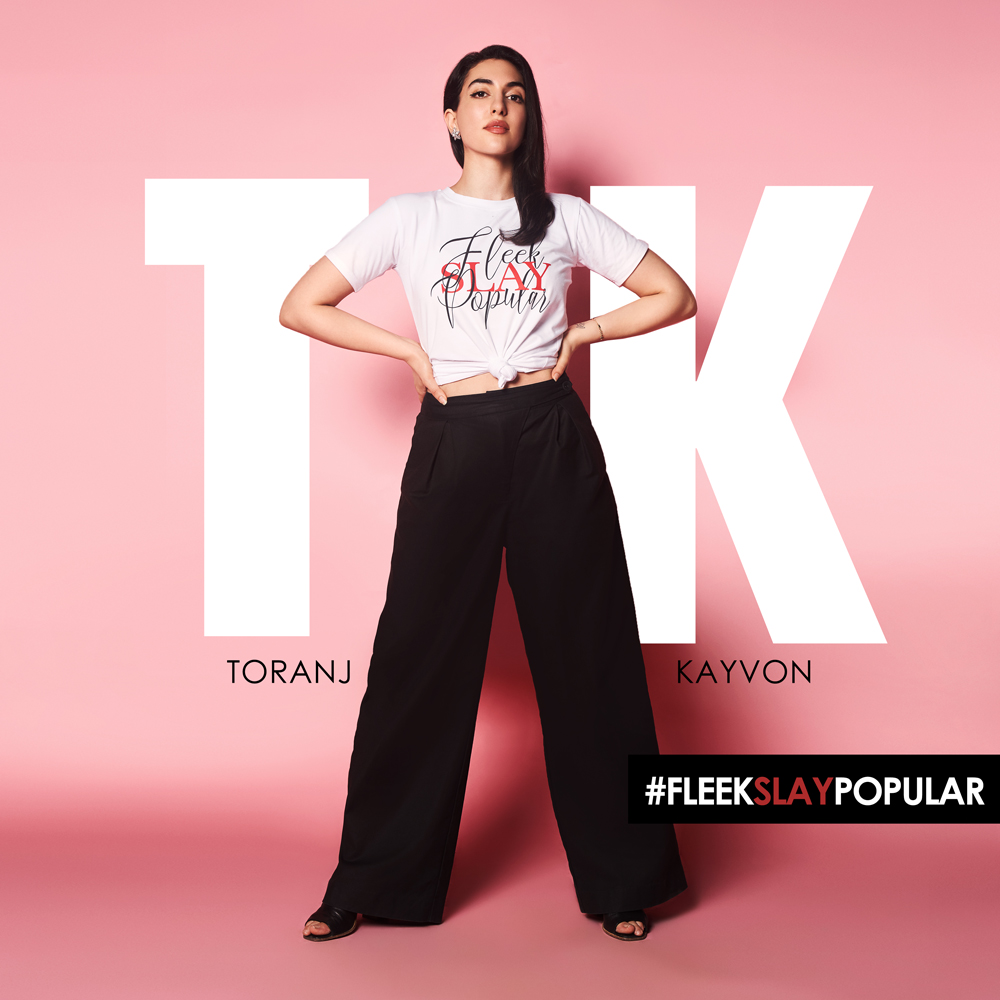 Photographer, model and now an actress, Toranj Kayvon is as multi-faceted as it gets. She recently made her debut is the blockbuster film, ‘Kesari’ opposite Akshay Kumar and has been receiving great reviews about her performance in the film. Toranj began her career as a photographer at a time when there weren’t many women photographers in the business. Not only did she prove that she’s not just another pretty face but her talent as a photographer earned her the prolific assignments that she is now known for. For the launch of the #iamfsp2.0 t-shirt launch, Kayvon spoke about what it takes to be a female photographer and how did she venture into the movie business as an actress.

1) WAS IT HARD FOR YOU TO BE TAKEN SERIOUSLY, IN THE EARLY STAGES OF YOUR CAREER?
“When I first came to Mumbai, there weren’t many female photographers, it was initially difficult and I was very young, I didn’t realize it because I didn’t see the difference between me and my male counterparts, but people noticed it and they told me that I did stick out.”

2) PHOTOGRAPHY IS KNOWN TO BE A MALE-DOMINATED INDUSTRY; DO YOU THINK THAT IS FINALLY CHANGING?
“Absolutely, it changing and there are a lot of female photographers now, even my photography assistant is a female any other female photographers who want to get into the business I highly encourage them and help them contact other women photographers they can work with.”

3) WHAT INSPIRED YOU TO BECOME AN ACTOR?
“I wanted to act since I was quite young in my teens; I finally decided to do it. I had to be strong and determined as there were lots of fears around it, as there is around every new thing you pursue. I don’t know there’s something very special about the medium of cinema and when I perform, it’s like meditating for me, so I had to do it. It was too painful to not do it.”

4) WHAT HAS BEEN YOUR CAREER MILESTONE?
“A milestone in photography would be moving to Mumbai and starting my career as a photographer and in acting it would be bagging my debut role at Dharma movie productions opposite Akshay Kumar in Kesari.”

5) AMONG YOUR VERSATILE BODY OF WORK WHICH PROJECT IS YOUR FAVOURITE AND WHY?
“Honestly, when I look at my work, the stuff that I shot in the very early stage when I was in my teens or early 20s is special because I loved my work then, it was raw, it wasn’t contaminated by technique or a particular notion, it was from my heart.”