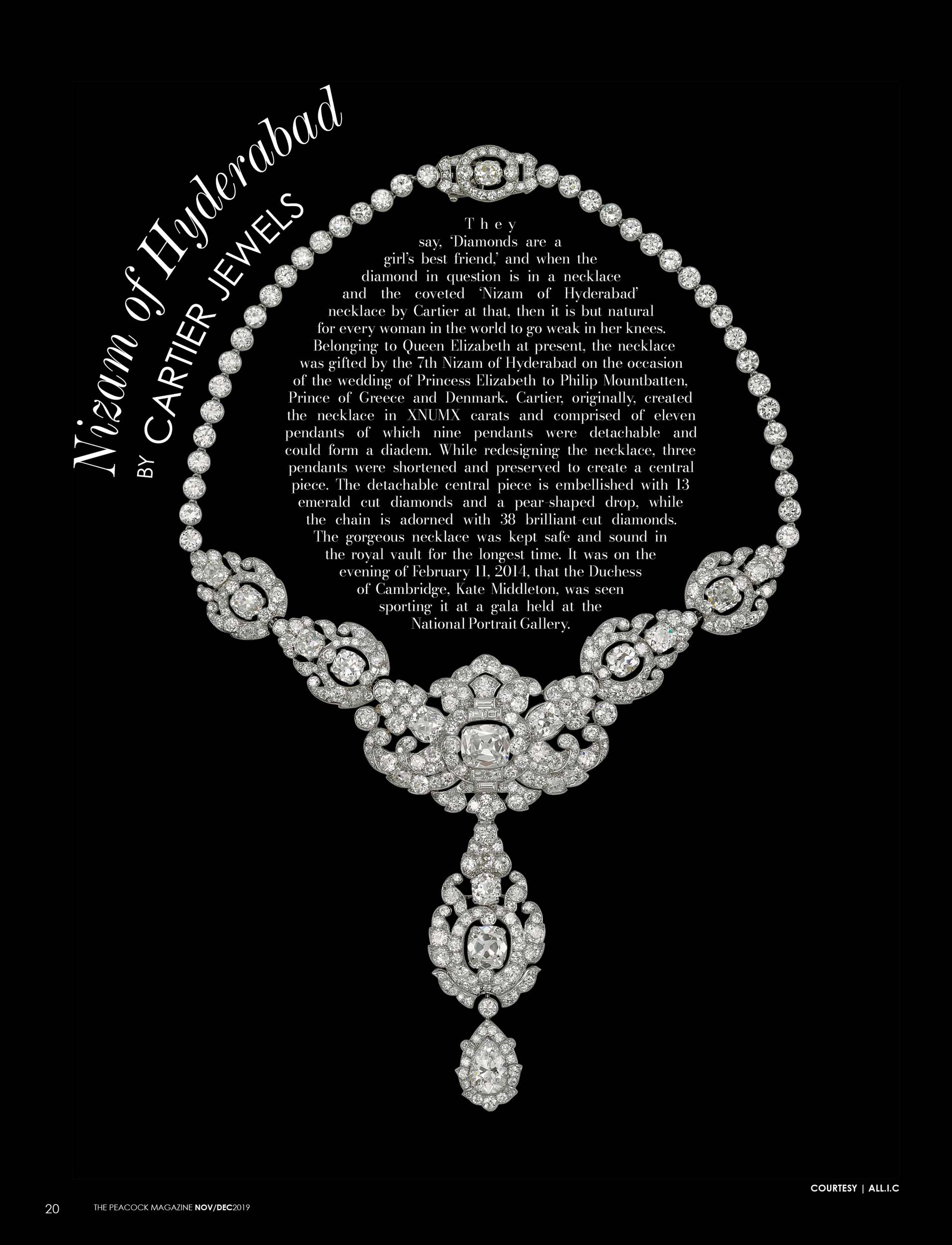 They say, ‘Diamonds are a girl’s best friend,’ and when the diamond in question is in a necklace and the coveted ‘Nizam of Hyderabad’ necklace by Cartier at that, then it is but natural for every woman in the world to go weak in her knees. Belonging to Queen Elizabeth at present, the necklace was gifted by the 7th Nizam of Hyderabad on the occasion of the wedding of Princess Elizabeth to Philip Mountbatten, Prince of Greece and Denmark. Cartier, originally, created the necklace in XNUMX carats and comprised of eleven pendants of which nine pendants were detachable and could form a diadem. While redesigning the necklace, three pendants were shortened and preserved to create a central piece. The detachable central piece is embellished with 13 emerald cut diamonds and a pear-shaped drop, while the chain is adorned with 38 brilliant-cut diamonds. The gorgeous necklace was kept safe and sound in the royal vault for the longest time. It was on the evening of February 11, 2014, that the Duchess of Cambridge, Kate Middleton, was seen sporting it at a gala held at the National Portrait Gallery.