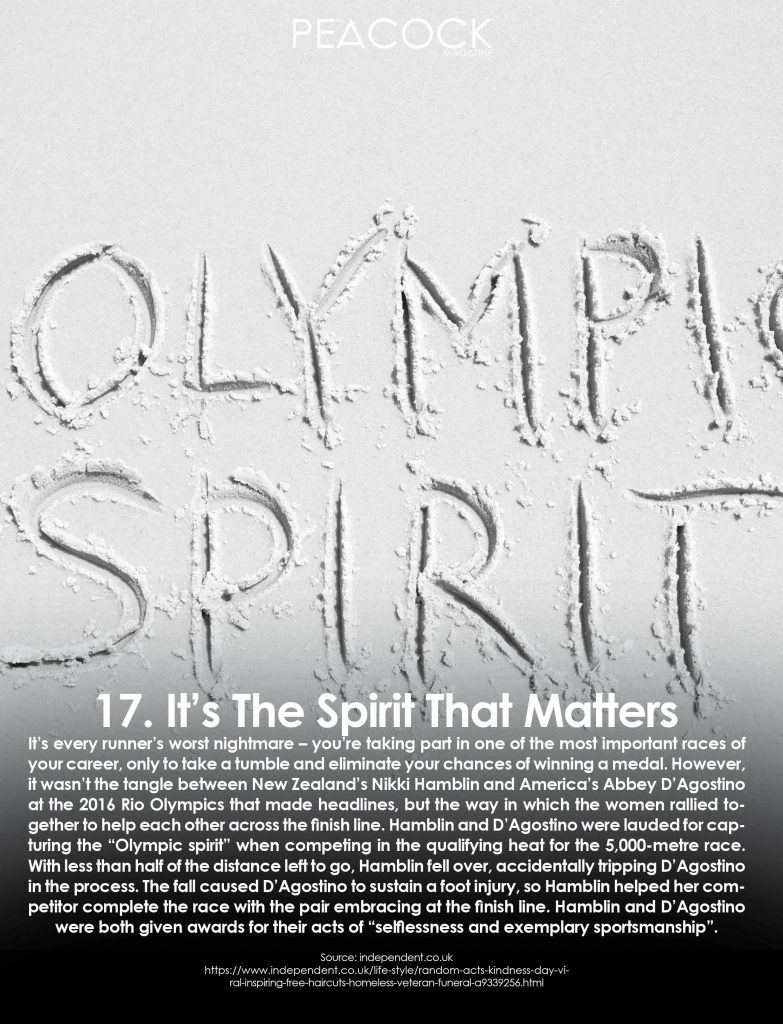 [17] It’s every runner’s worst nightmare – you’re taking part in one of the most important races of your career, only to take a tumble and eliminate your chances of winning a medal. However, it wasn’t the tangle between New Zealand’s Nikki Hamblin and America’s Abbey D’Agostino at the 2016 Rio Olympics that made headlines, but the way in which the women rallied together to help each other across the finish line. Hamblin and D’Agostino were lauded for capturing the “Olympic spirit” when competing in the qualifying heat for the 5,000-metre race. With less than half of the distance left to go, Hamblin fell over, accidentally tripping D’Agostino in the process. The fall caused D’Agostino to sustain a foot injury, so Hamblin helped her competitor complete the race with the pair embracing at the finish line. Hamblin and D’Agostino were both given awards for their acts of “selflessness and exemplary sportsmanship”.
Source: independent.co.uk
https://www.independent.co.uk/life-style/random-acts-kindness-day-viral-inspiring-free-haircuts-homeless-veteran-funeral-a9339256.html