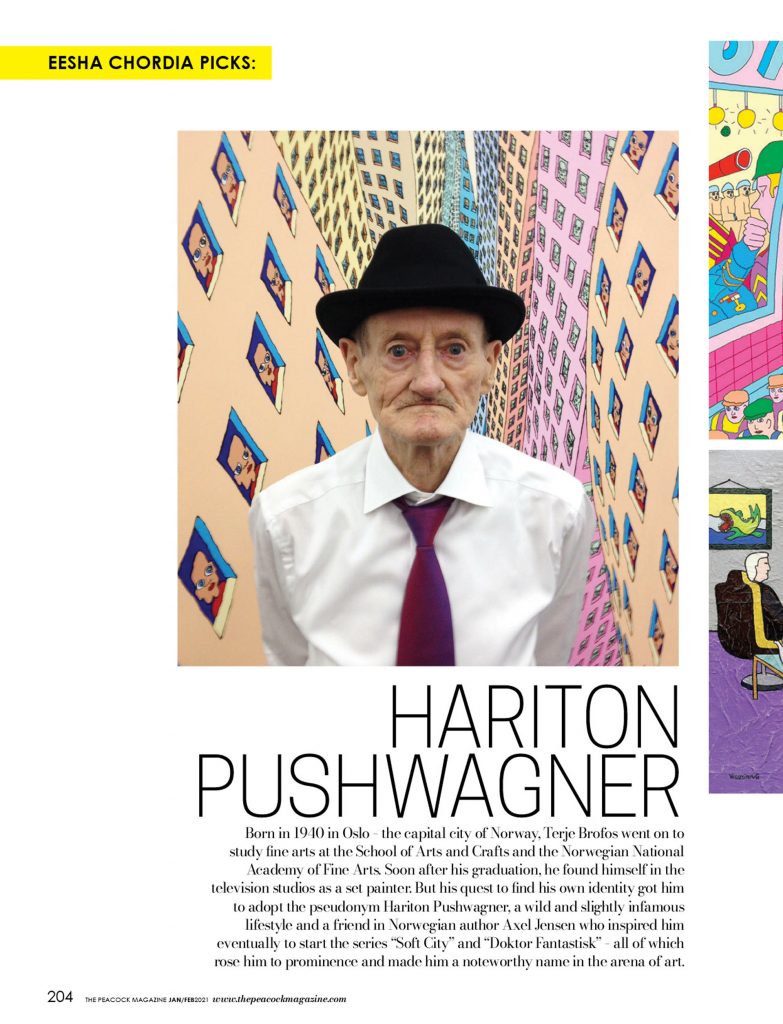 Born in 1940 in Oslo – the capital city of Norway, Terje Brofos went on to study fine arts at the School of Arts and Crafts and the Norwegian National Academy of Fine Arts. Soon after his graduation, he found himself in the television studios as a set painter. But his quest to find his own identity got him to adopt the pseudonym Hariton Pushwagner, a wild and slightly infamous lifestyle and a friend in Norwegian author Axel Jensen who inspired him eventually to start the series “Soft City” and “Doktor Fantastisk” – all of which rose him to prominence and made him a noteworthy name in the arena of art. 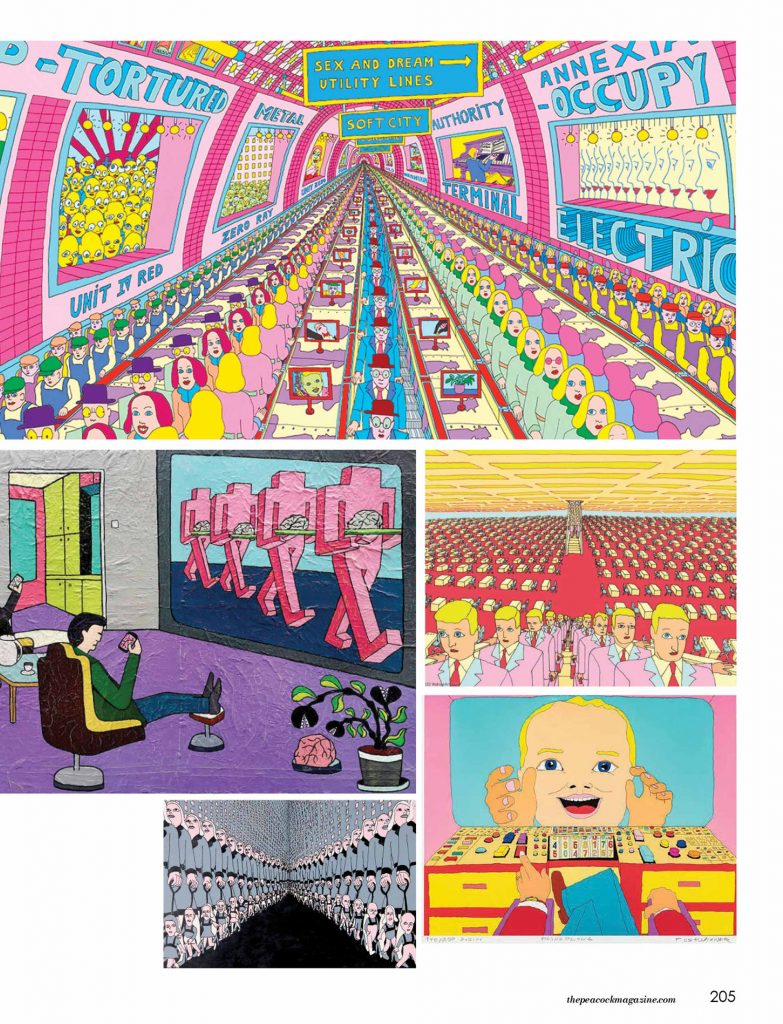