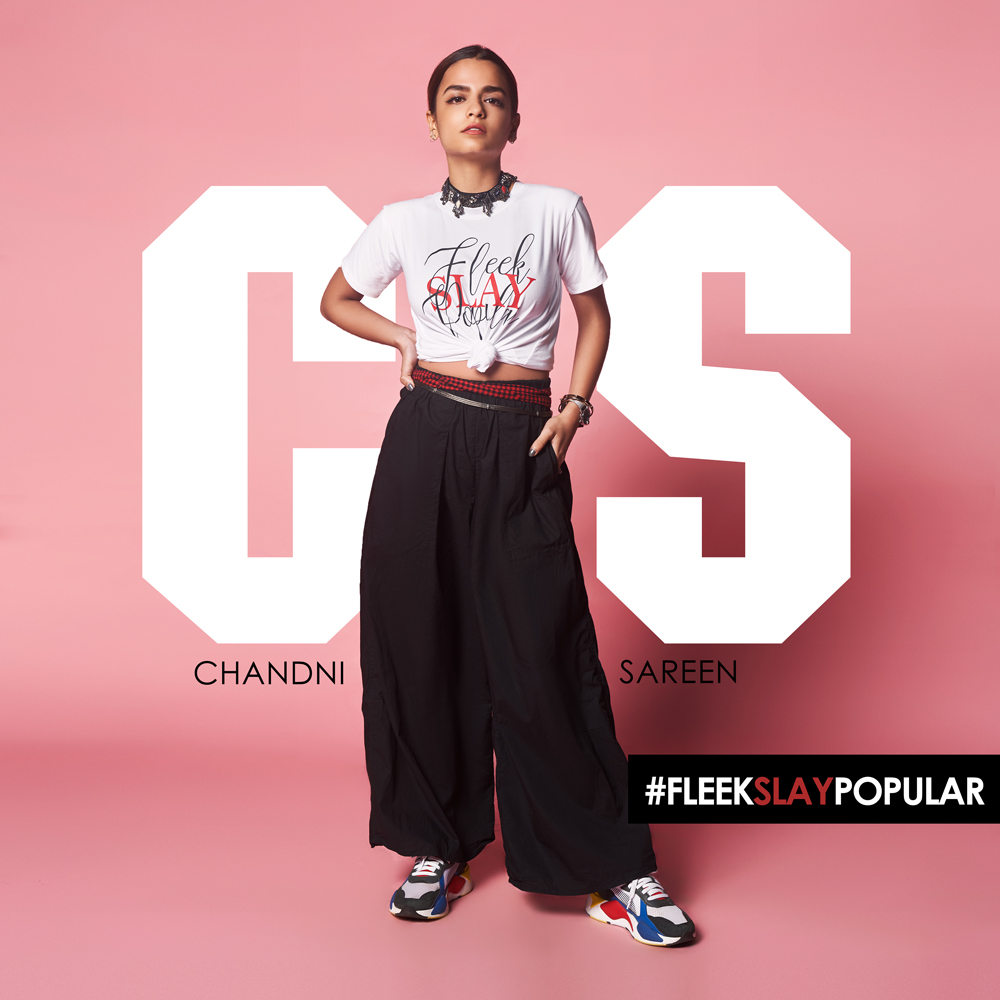 Having worked as a stylist for popular magazines like Harper’s Bazaar, Cosmopolitan and International magazines like Pastaiga and News Exclusive, Chandni Sareen has carved a niche for herself in the fashion circuit. Besides her exceptional body of work with glossy magazines, she has also styled for commercial brands like -Sunsilk, Google, and Disney. Founder of the brand, The Ikat Story, Sareen turned a designer for her ready-to-wear label, where’s she portrays her personal aesthetic through her clothes. At the #iamfsp2.0 t-shirt campaign launch, Sareen spoke about the impact of influencers and who has been a game changer.

1) WHAT’S YOUR TAKE ON INFLUENCERS?
“Let’s start by saying I’m not a blogger or an influencer, I’m Chandni Sareen and people happen to follow me and hit like to see what I do in my life I think I do some pretty fun stud. There are some people I follow who do similar fun stuff, maybe you can call them influencers, but I just do not like that term so I am not an influencer. There’s a whole a bunch of them, some of my friends some not.”

2) IS THERE A FASHION INFLUENCER WHOSE STYLE YOU WOULD LIKE TO APE?
“I’ll be honest I like my friend Kayaan Contractor’s style and Santoshi Shetty, even she has a great sense of style.”

3) DO YOU THINK INFLUENCERS HAVE AN IMPACT ON FASHION?
“There’s no two way about it, they surely do, I think for the masses it good to see a real person wearing something and then having to pick it up, then seeing it on a model or actor. It’s more relatable and that’s another reason why I think influencers need to keep it real.”

4) DO YOU STALK ANY POPULAR BLOGGER?
“My instagram is really about Dj’s and Cardi B actually, she’s giving me life right now, I didn’t know about her music until she popped up on my Instagram.”

5) ARE YOU EVER INSPIRED BY THE STYLE THAT INFLUENCER’S PUT OUT THERE? HAVE YOU FELT LIKE RECREATING IT THEIR WAY?
“No, I think for me, style is extremely personal, I have not once wanted to look like someone I saw on the internet, it’s literally how I can put my taste or style in something that inspires me but its surely not the influencers. I’m probably more inspired by the magazine editorials and fashion stories.”