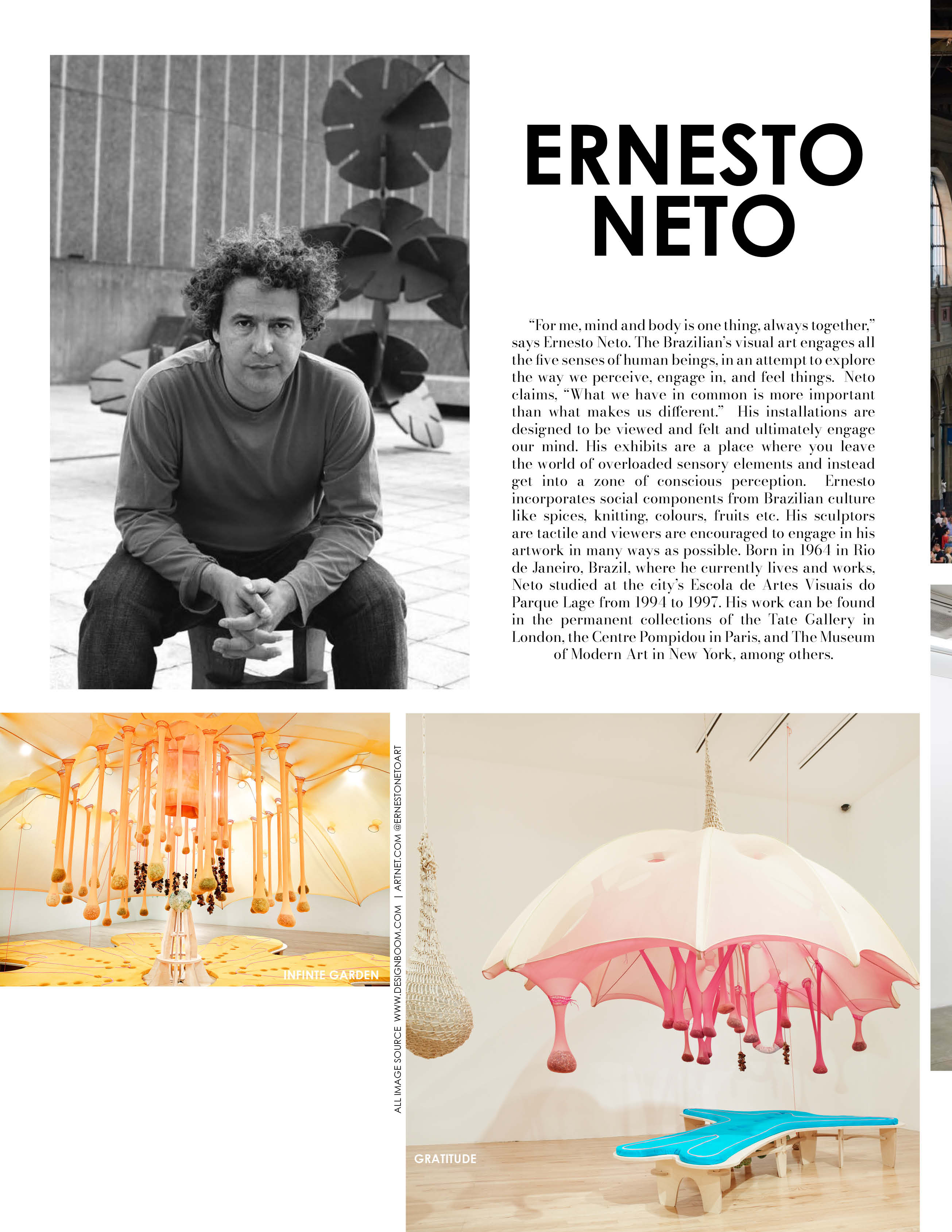 “For me, mind and body is one thing, always together,” says Ernesto Neto. The Brazilian’s visual art engages all the five senses of human beings, in an attempt to explore the way we perceive, engage and feel things. Neto claims, “What we have in common is more important than what makes us different.” His installations are designed to be viewed and felt and ultimately engage our mind. His exhibits are a place where you leave the world of overloaded sensory elements and instead get into a zone of conscious perception. Ernesto incorporates social components from Brazilian culture like spices, knitting, colours, fruits, etc. His sculptors are tactile, and viewers are encouraged to engage in his artwork in many ways as possible. Born in 1964 in Rio de Janeiro, Brazil, where he currently lives and works, Neto studied at the city’s Escola de Artes Visuais do Parque Lage from 1994 to 1997. His work can be found in the permanent collections of the Tate Gallery in London, the Centre Pompidou in Paris, and The Museum of Modern Art in New York, among others. 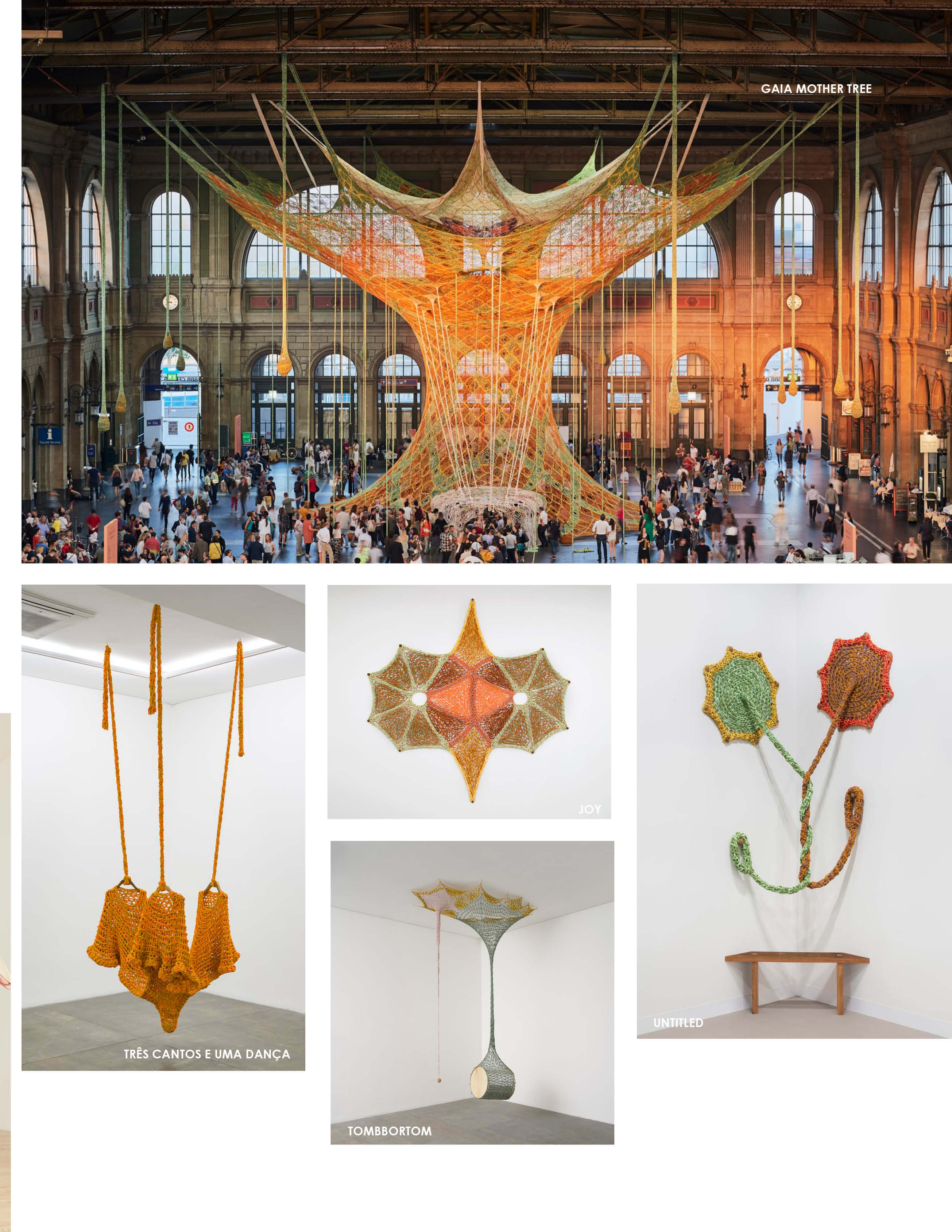