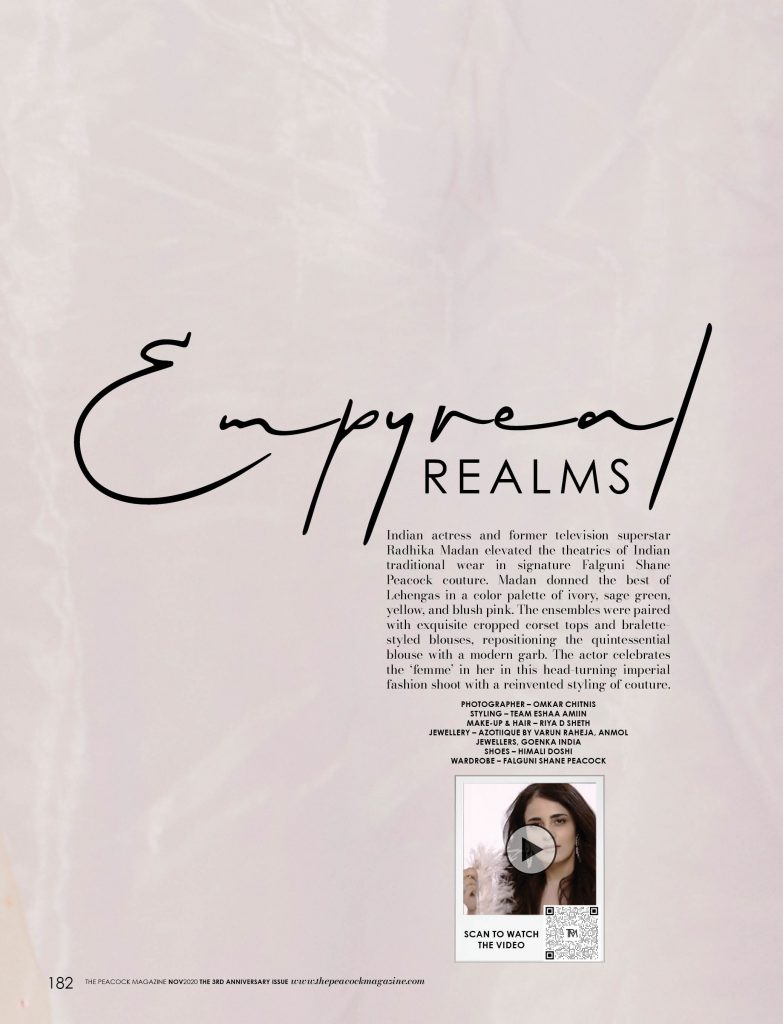 Indian actress and former television superstar Radhika Madan elevated the theatrics of Indian traditional wear in signature Falguni Shane Peacock couture. Madan donned the best of Lehengas in a color palette of ivory, sage green, yellow, and blush pink. The ensembles were paired with exquisite cropped corset tops and bralette-styled blouses, repositioning the quintessential blouse with a modern garb. The actress celebrates the ‘femme’ in her in this head-turning imperial fashion shoot with a reinvented styling of couture. 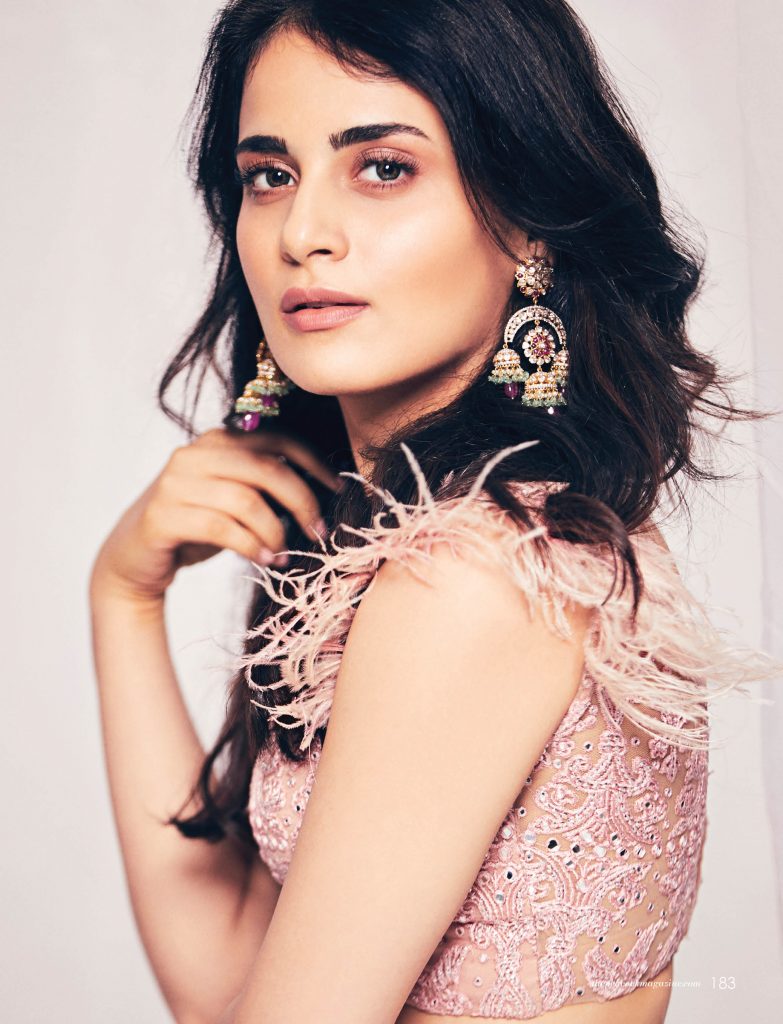 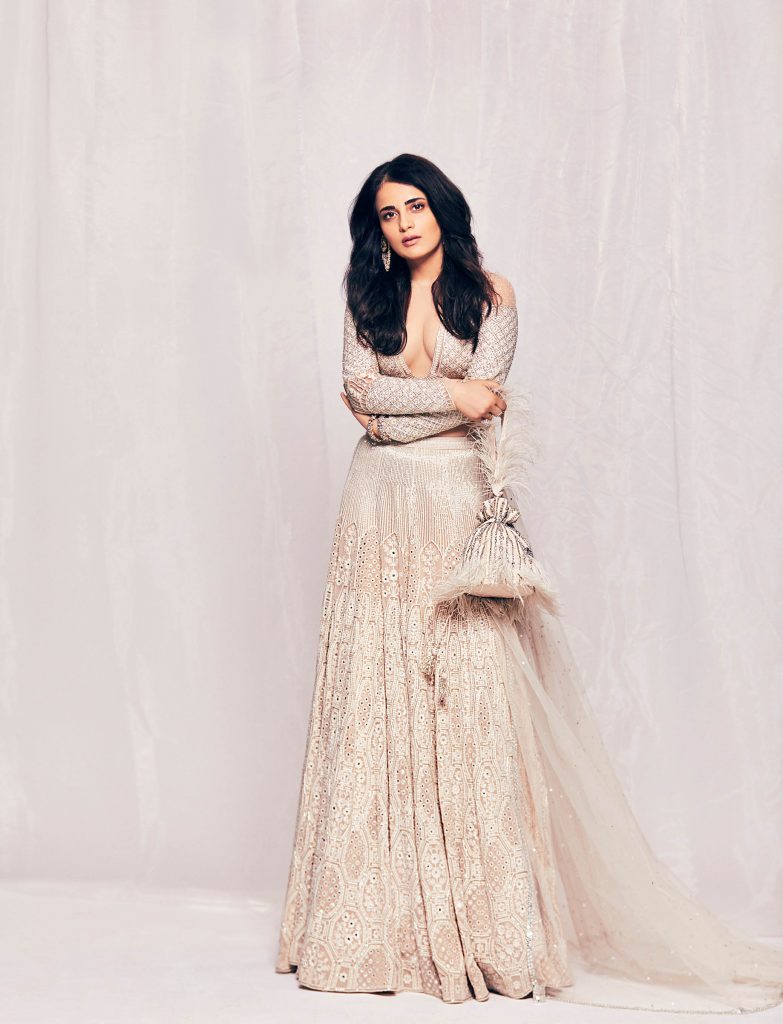 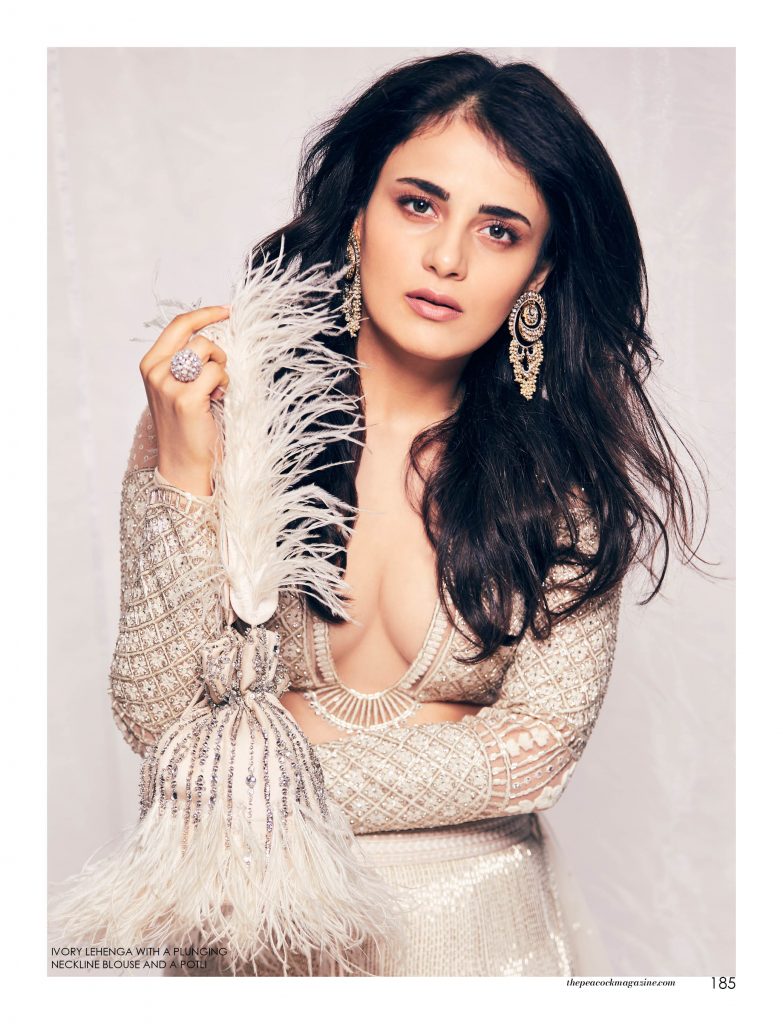 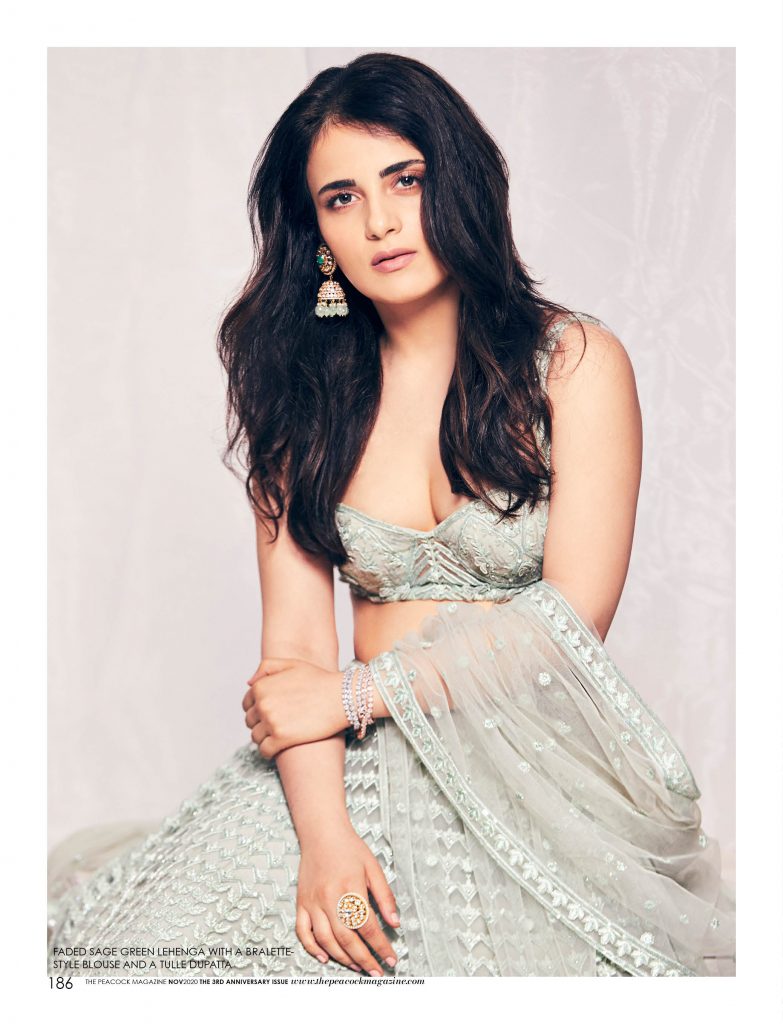 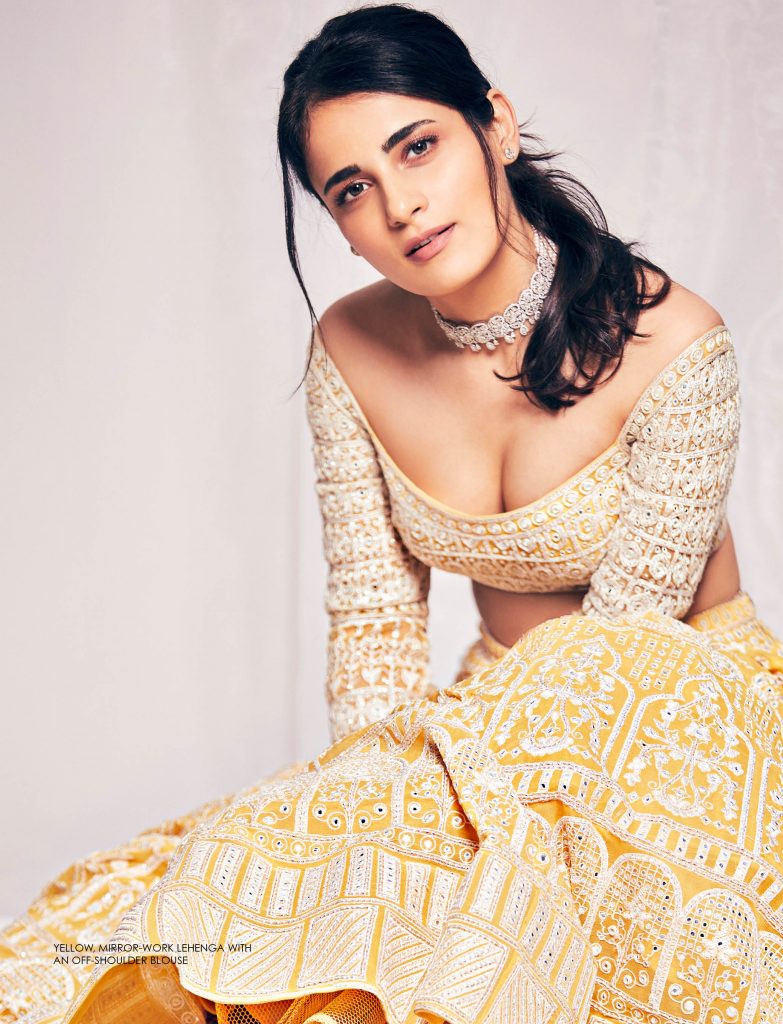 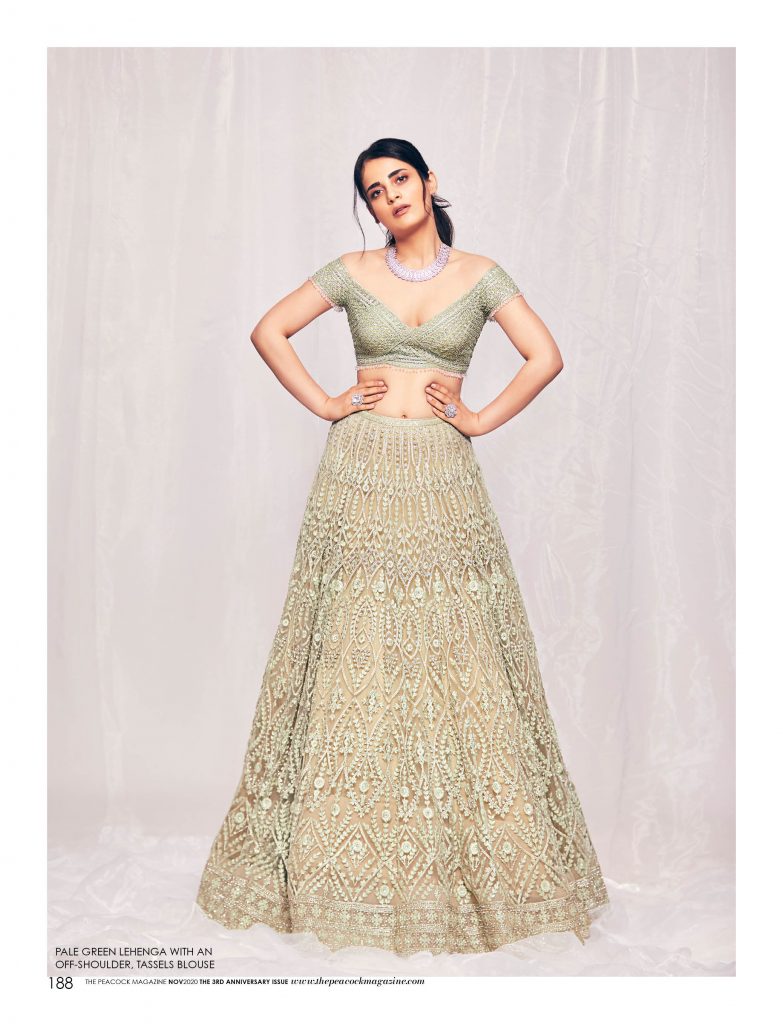 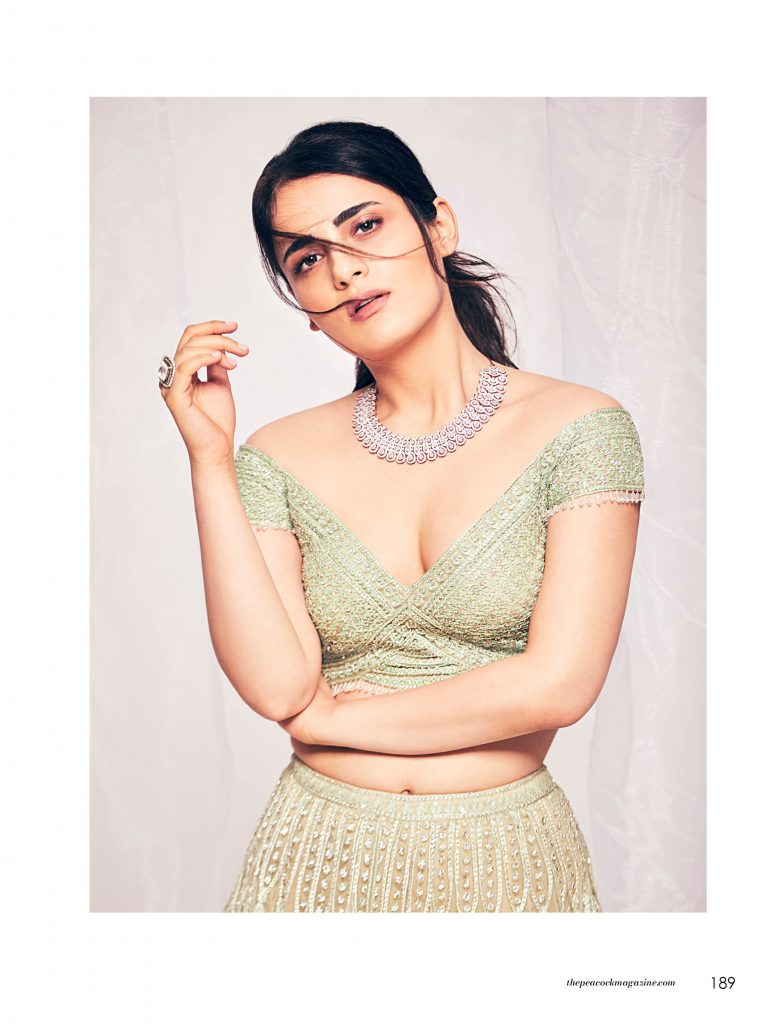 HOOKED ON THE RUG

SHE IS THE SEA SIREN