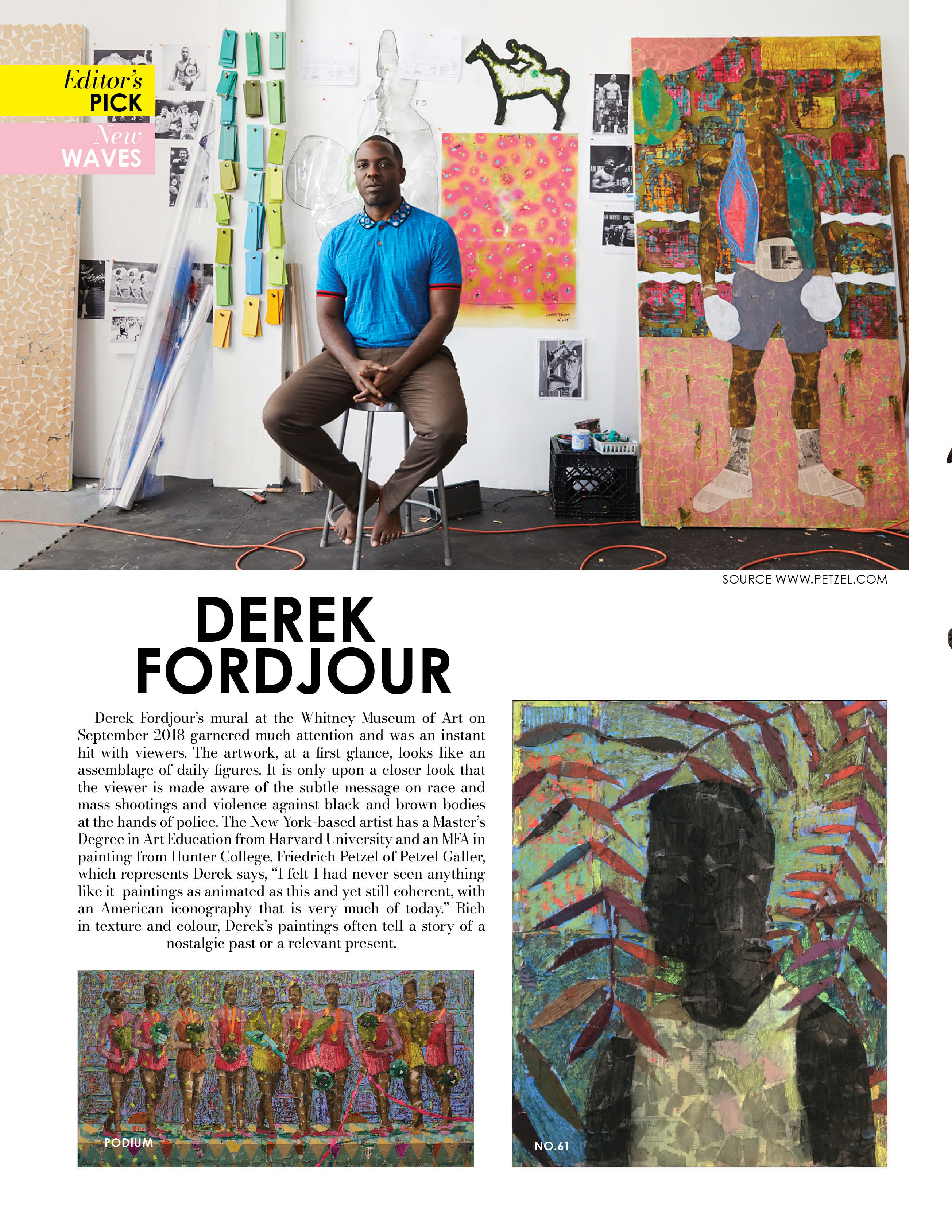 Derek Fordjour’s mural at the Whitney Museum of Art on September 2018 garnered much attention and was an instant hit with viewers. The artwork, at first glance, looks like an assemblage of daily figures. It is only upon a closer look that the viewer is made aware of the subtle message on race and mass shootings and violence against black and brown bodies at the hands of police. The New York based artist has a Master’s Degree in Art Education from Harvard University and an MFA in painting from Hunter College. Friedrich Petzel of Petzel Galler, which represents Derek says, “I felt I had never seen anything like it—paintings as animated as this and yet still coherent, with an American iconography that is very much of today.” Rich in texture and colour, Derek’s paintings often tell a story of a nostalgic past or a relevant present.