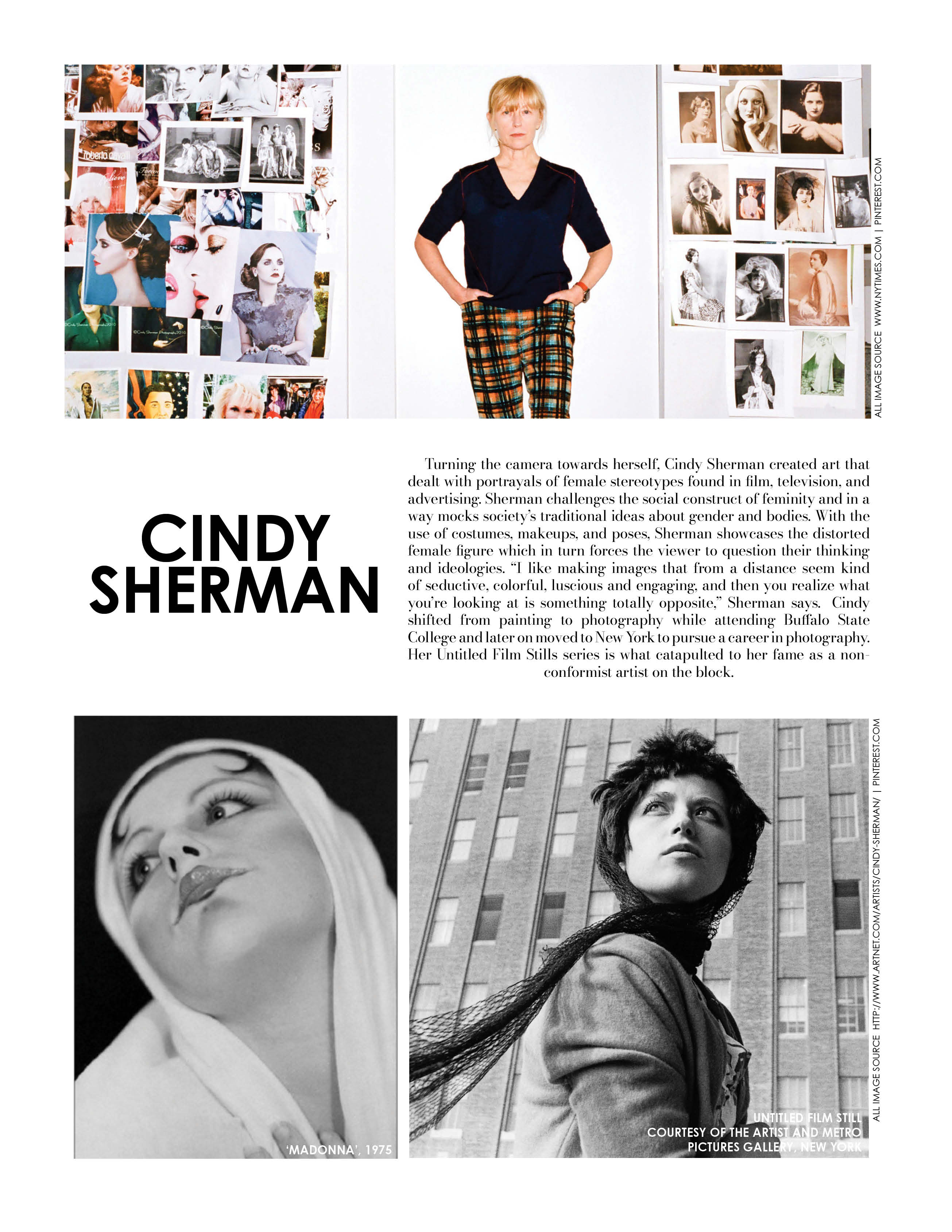 Turning the camera towards herself, Cindy Sherman created art that dealt with portrayals of female stereotypes found in film, television, and advertising. Sherman challenges the social construct of feminity and, in a way, mocks society’s traditional ideas about gender and bodies. With the use of costumes, makeups, and poses, Sherman showcases the distorted female figure, which in turn forces the viewer to question their thinking and ideologies. “I like making images that from a distance seem kind of seductive, colorful, luscious, and engaging, and then you realize what you’re looking at is something totally opposite,” Sherman says. Cindy shifted from painting to photography while attending Buffalo State College and later on moved to New York to pursue a career in photography. Her Untitled Film Stills series is what catapulted to her fame as a non-conformist artist on the block. 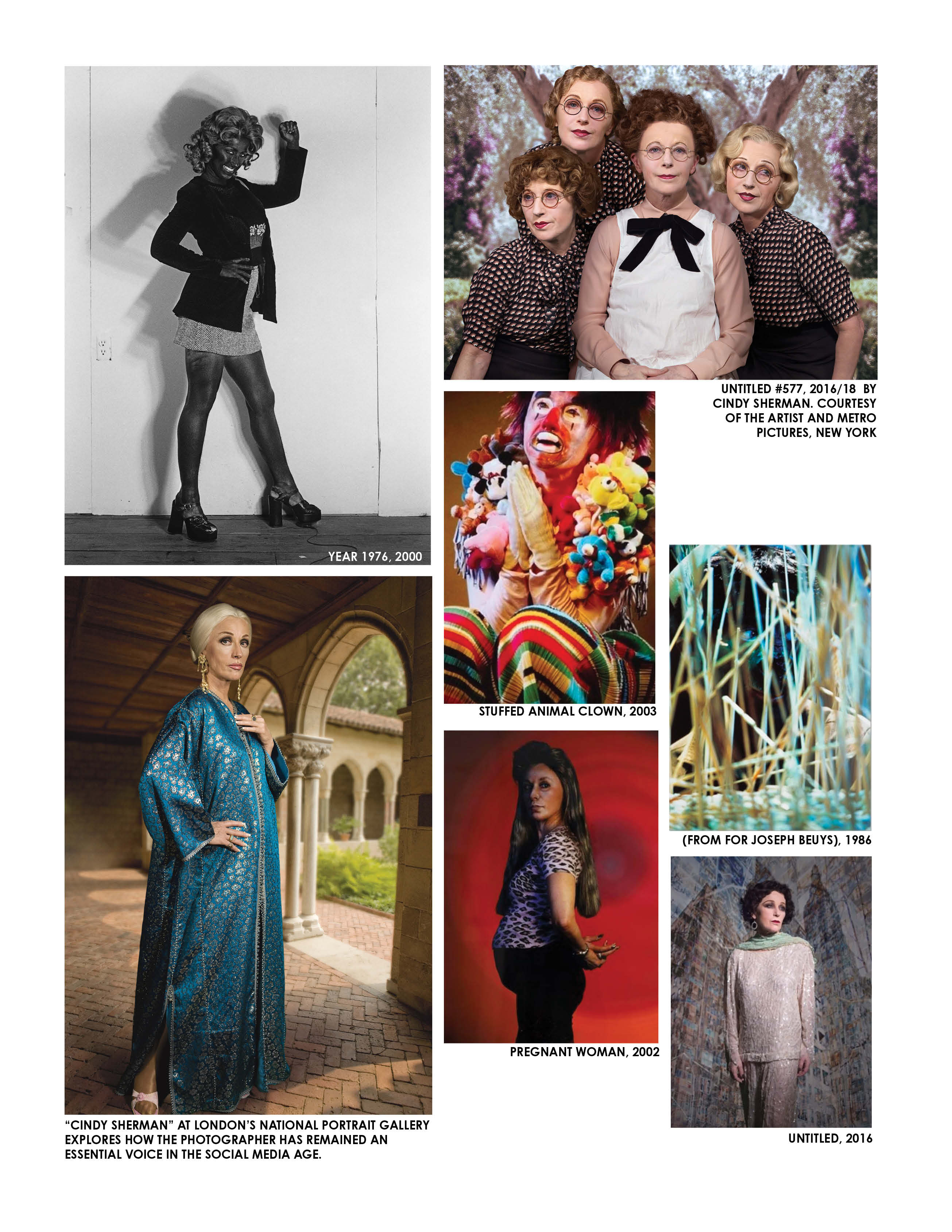