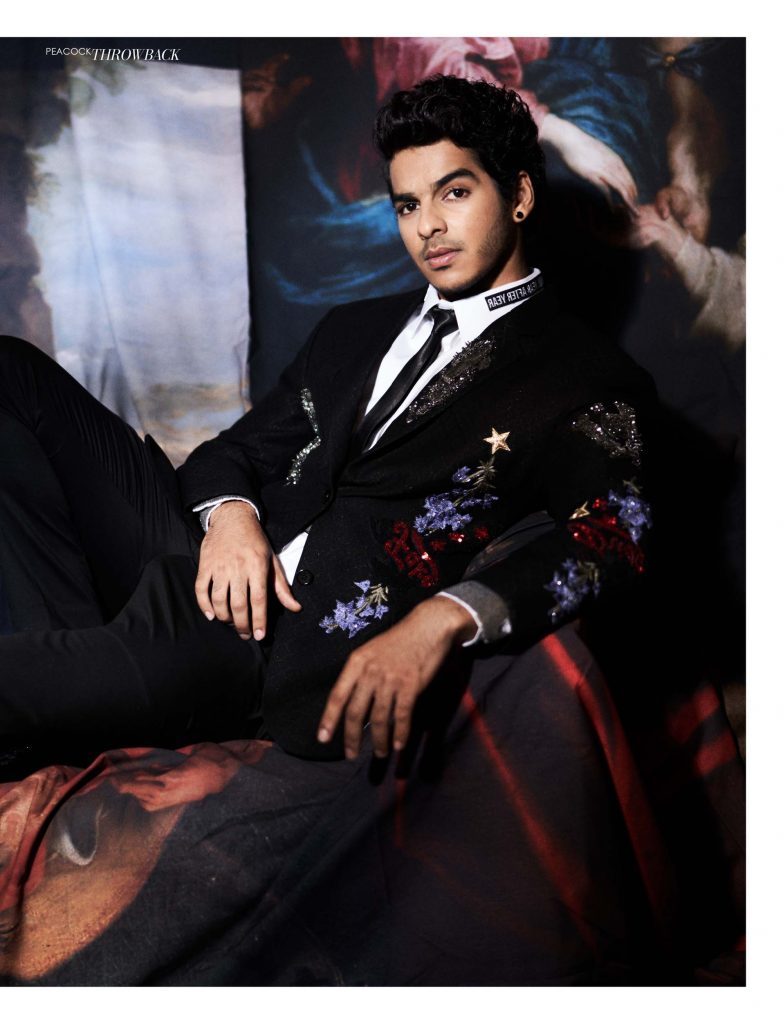 All of 23 and Ishaan Khatter is ruling the roost in ways none of his peers are. The young actor may be the Bollywood star-kid, but it is evidently his acting prowess that got him the repertoire that he has. Ishaan’s first screen presence was a cameo in big brother Shahid Kapoor’s film, which didn’t go unnoticed. But the actor did not jump the acting bandwagon and instead chose to try his hand at direction. He worked as an assistant director to Abhishek Chaubey’s ‘Udta Punjab’ and an independent Kashmiri film ‘Half Widow.’ Destiny had other plans, and it put him back on the acting track via Majid Majidi’s ‘Beyond the Clouds’ – a critically acclaimed movie that opened at many prestigious international film festivals. His next outing won him the title of ‘National Crush’ as he portrayed the innocent, much-in-love ‘Madhukar Bagla’ in Karan Johar’s ‘Dhadak.’ His chocolate boy charm, coupled with his exceptional artistry is what makes Ishaan stand apart in the actors of his league. The actor is now set to take centre stage in 2020 with two upcoming projects – ‘Khaali Peeli’ and an adaptation of Vikram Seth’s coveted novel ‘Suitable Boy’ opposite megastar Tabu. On the occasion of our 2nd anniversary, we take a detour through some of our illustrious covers that stood out in the last two years. Starring on the cover of April 2018 is this young lad along with actress Malavika Mohanan, ahead of their critically-acclaimed movie ‘Beyond the Clouds’.