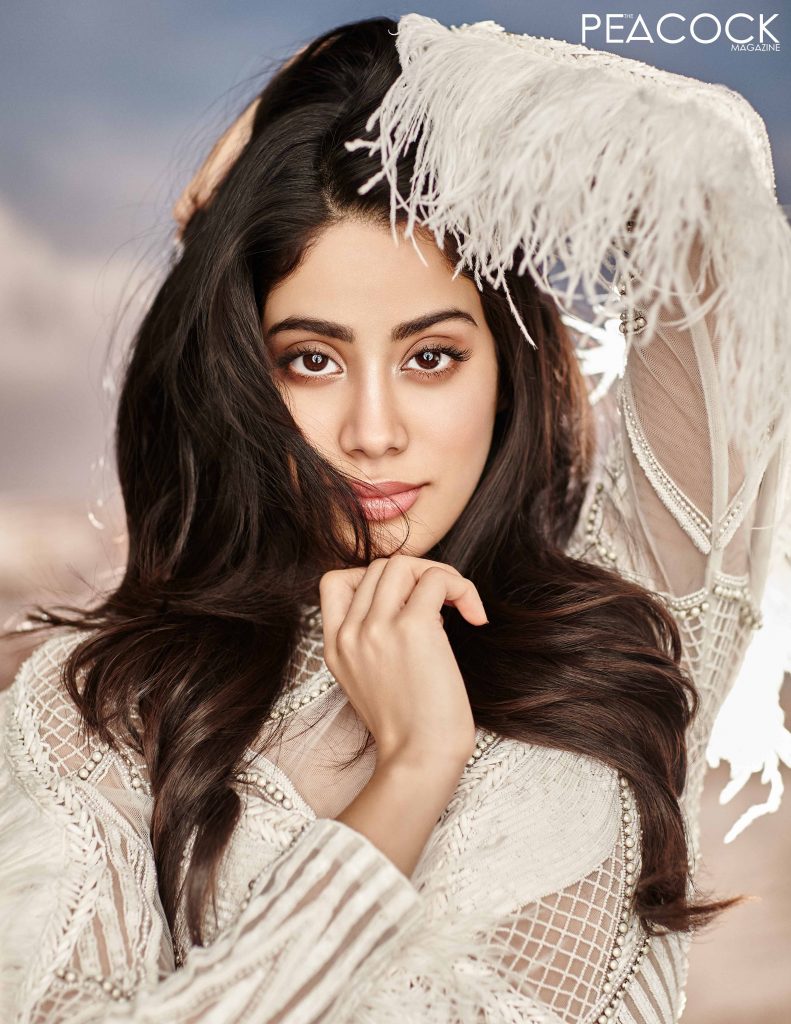 July 2018, and the Bollywood buffs waited in bated breath as the doe-eyed beauty and the eldest offspring of the late legendary actress Sridevi and producer Boney Kapoor took to the silver screens. Janhvi Kapoor’s girlnext- door demeanor lends an innocent yet fresh persona to her character in her debut movie Dhadak. It has been more than a year since her debut and Miss Kapoor has visibly eased into her role as an up-and-coming Bollywood star. Produced by Karan Johar, Dhadak was released on screens worldwide. A release of such scale is enough to give any industry newbie jitters, for months. But Janhvi has seemingly graced over the tides of critic’s opinions and the massive commercial success the movie has acquired. Clearly, Janhvi is no stranger to the limelight and has confidently declared in an interview that acting is not a ‘job’ for her but a lifestyle. The 22 yearold scion of the Kapoor family and an alumnus of Lee Strasberg Theatre and Film Institute, Los Angeles, had dabbled in fashion designing and was keen on a bunch of courses before gradually developing an interest in being an actress. The young actresses’ dedication and discipline toward the craft eventually unraveled and brought her to the world of cinema. The budding star has constantly fine-tuned her skills since her college days in Los Angeles, with an array of lessons in acting, diction, and dance, along with a strict routine of gym sessions, diet, and personal lifestyle. This way of life stems from her obsession with living a committed life to her passion. Guided by her mother’s advice on being a good actress and ultimately being a good human being, courteous, disciplined, and punctual – Janhvi is on an upward ride on her career ladder with a string of big-budget and multi- starrer releases under her belt. Under the directorial tutelage of her debut producer, Karan Johar, Janhvi will feature in Takht opposite some big names like Ranveer Singh, Kareena Kapoor, Alia Bhatt, Vicky Kaushal, and Bhumi Pednekar. She is also slated to star in Dostana 2, a sequel of the popular comedy-drama Dostana, and Rooh Afza, a horror-comedy by Dinesh Vijan, opposite Rajkumar Rao. Her upcoming movie Gunjan Saxena, directed by Shashank Khaitan, is sure to test her mettle as an actor on her own rights. On the occasion of our 2nd anniversary, we take a detour through some of our illustrious covers that stood out in the last two years. The trailblazer of an actress, who is a perfect representative of the millennial voice of today, featured as a cover star for the March 2019 issue as we celebrated the women’s issue.