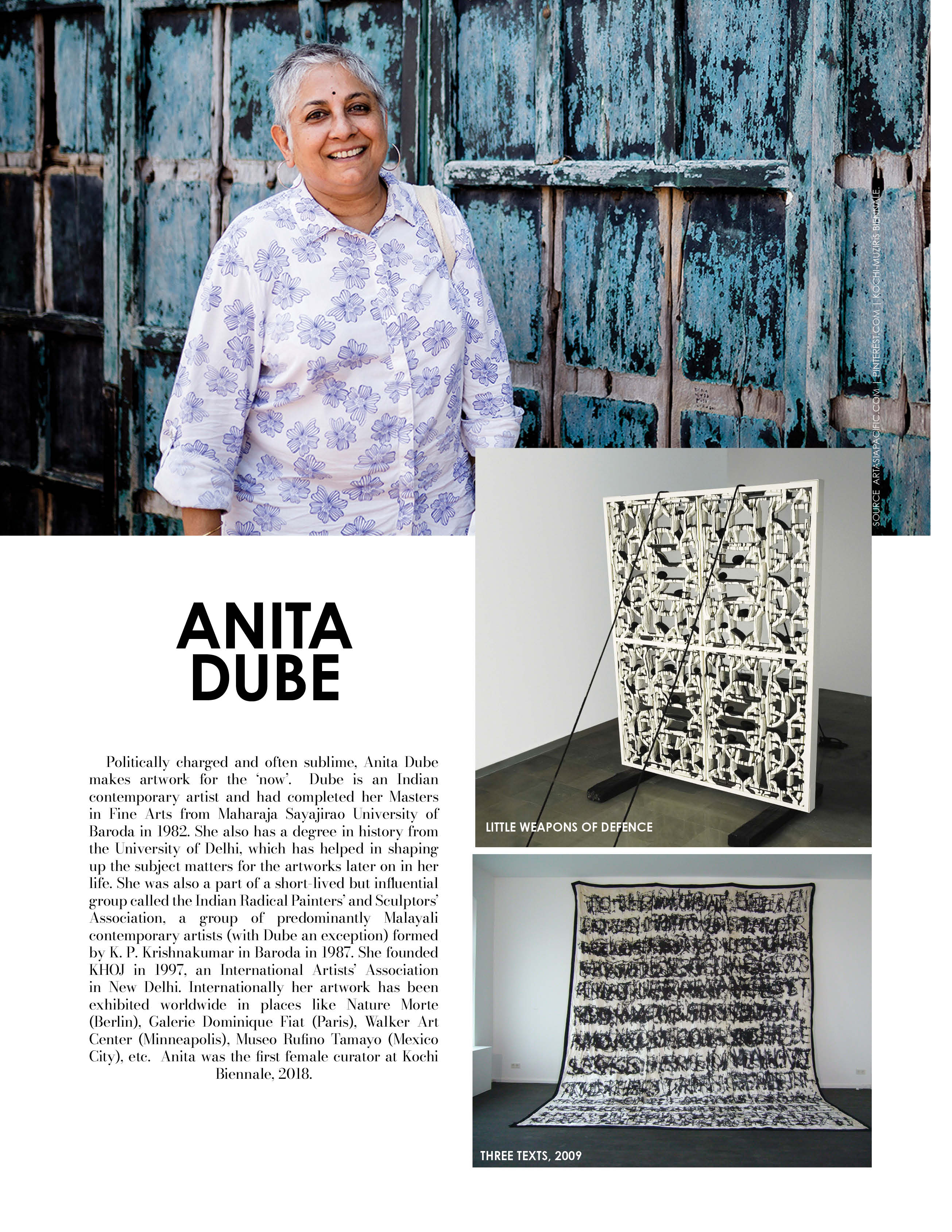 Politically charged and often sublime, Anita Dube makes artwork for the ‘now’. Dube is an Indian contemporary artist and had completed her Masters in Fine Arts from Maharaja Sayajirao University of Baroda in 1982. She also has a degree in history from University of Delhi, which has helped in shaping up the subject matters for the artworks later on in her life. She was also a part of short-lived but influential group called the Indian Radical Painters’ and Sculptors’ Association, a group of predominantly Malayali contemporary artists (with Dube an exception) formed by K. P. Krishnakumar in Baroda in 1987. She founded KHOJ in 1997, an International Artists’ Association in New Delhi. Internationally her artwork has been exhibited worldwide in places like Mature Morte (Berlin), Galerie Dominique Fiat (Paris), Walker Art Center (Minneapolis), Museo Rufino Tamayo (Mexico City), etc. Anita was the first female curator at Kochi Biennale, 2018.
With the use of everyday commodities like plastic, velvet, beads, Styrofoam, etc., Dube creates work that reflects and comments upon the existing socio-political and cultural scene in India and beyond. Her artworks evoke memory, experiences, and, most importantly, thoughts. 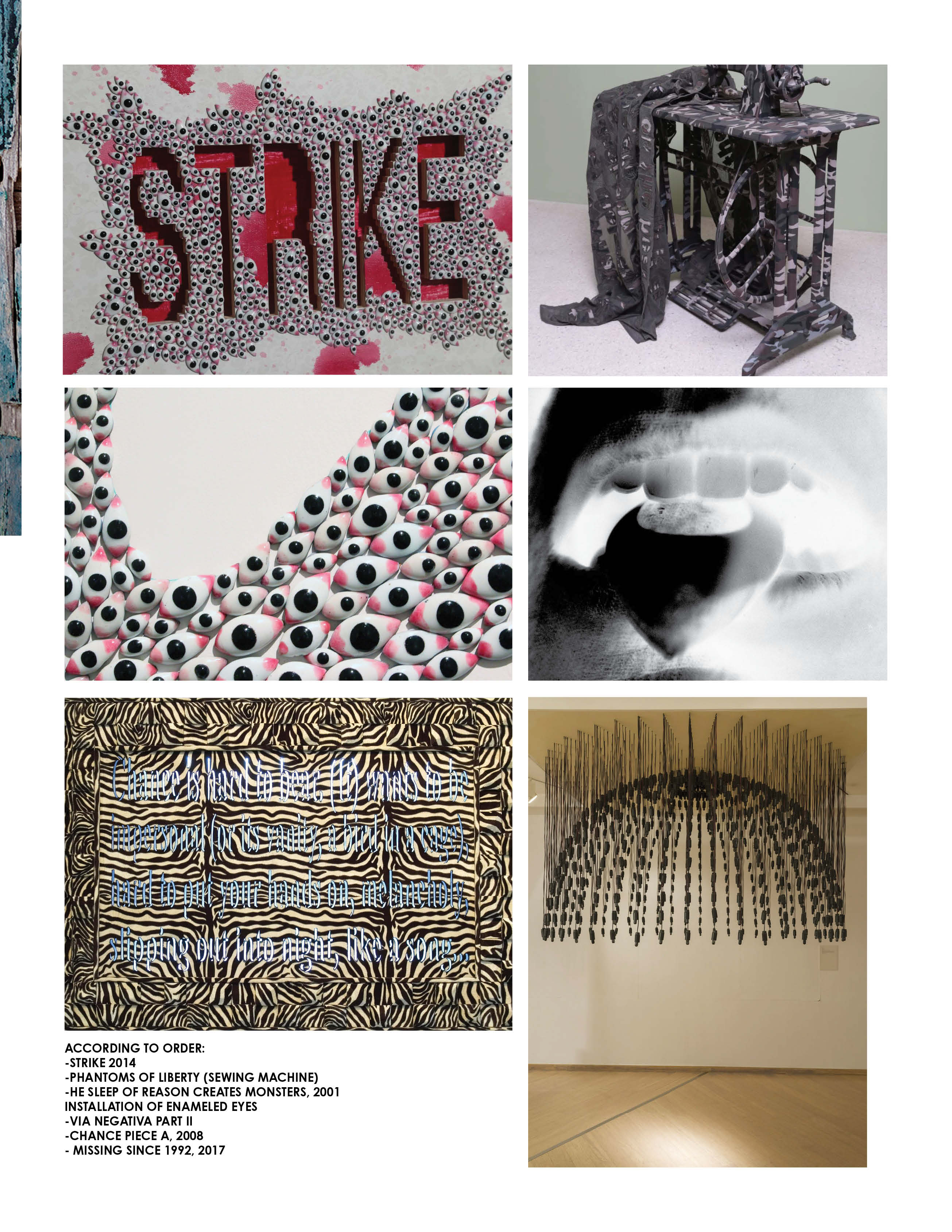