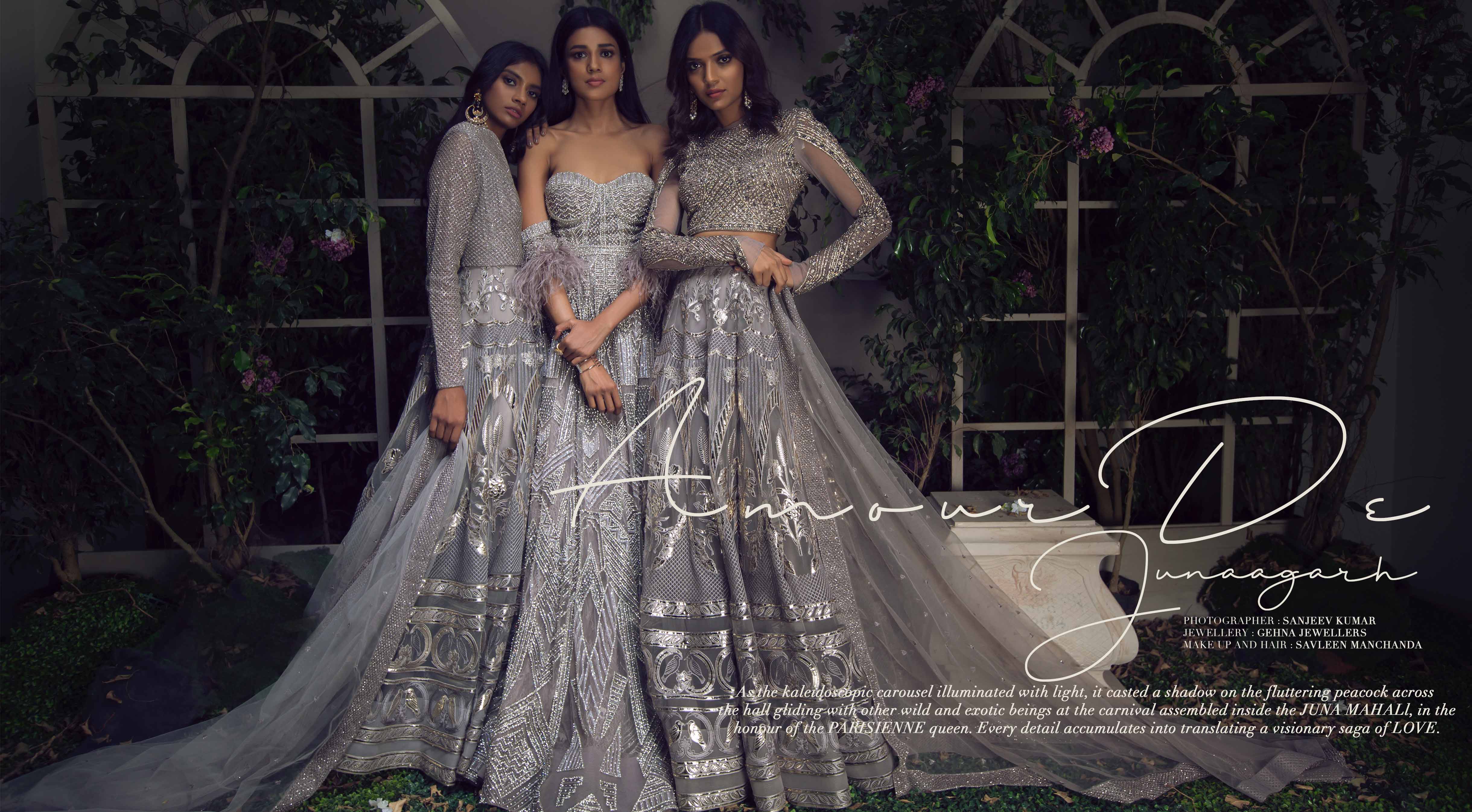 Our new collection features a medley between the queen of the French capital and the grand palace of Junaagarh – Rajasthan’s cultural jewel.  As the kaleidoscopic carousel illuminated with light, it casted a shadow on the fluttering peacock across the hall gliding with other wild and exotic beings at the carnival assembled inside the Juna Mahal, in the honour of the Parisian queen. Every detail accumulates into translating a visionary saga of love. From transcribing the innumerable structures of the architectural gem on ensembles to varnishing them with refined stones and pearls, reflected the true essence of the 13th century wonder.

Channeling the spirit of a traditional mela, inside the palatial walls of the juna mahal contrived a lustrous mayhem of all things beautiful under one roof. The palette remains eccentric with muted tones and pastel domination in full play. The chrome applique technique replicated the structural marvel and living elements from the wilderness on the fabric. The line is innovative in terms of method but natively rooted in terms of approach. As the modern Indian bride commences the new journey of her life with a whole new perspective, the narrative behind our line identifies with the ideology of embarking on new adventure with confidence and certainty. 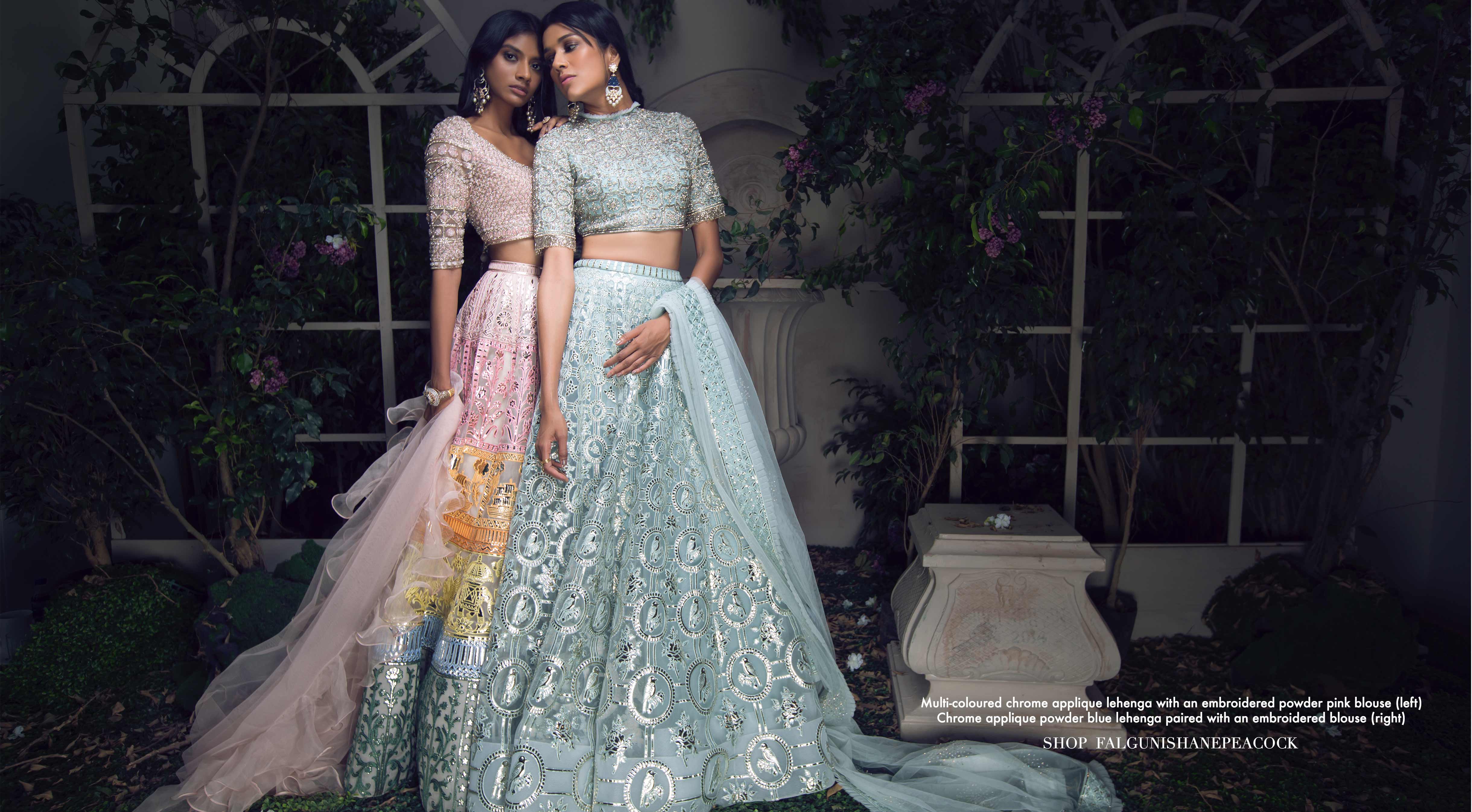 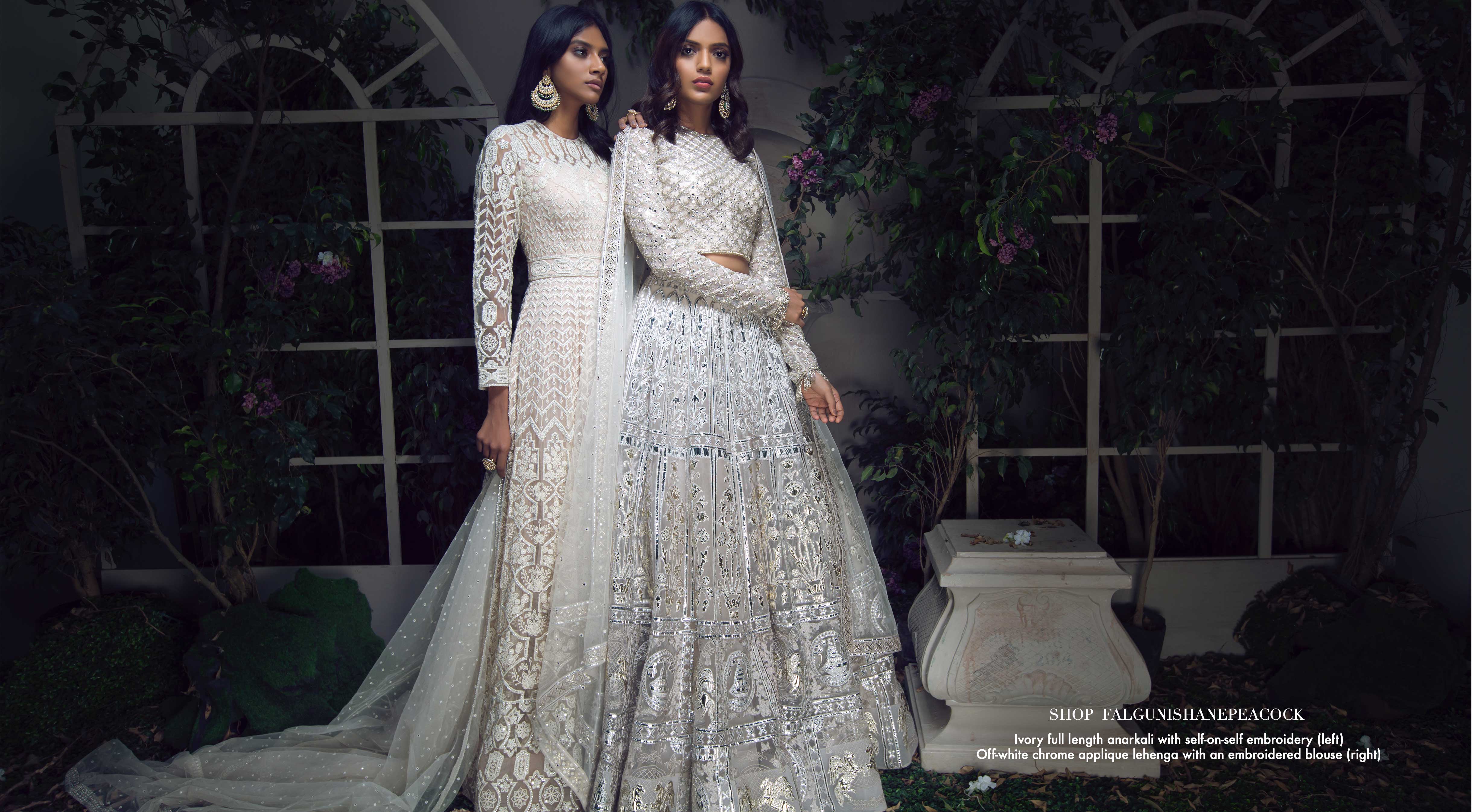 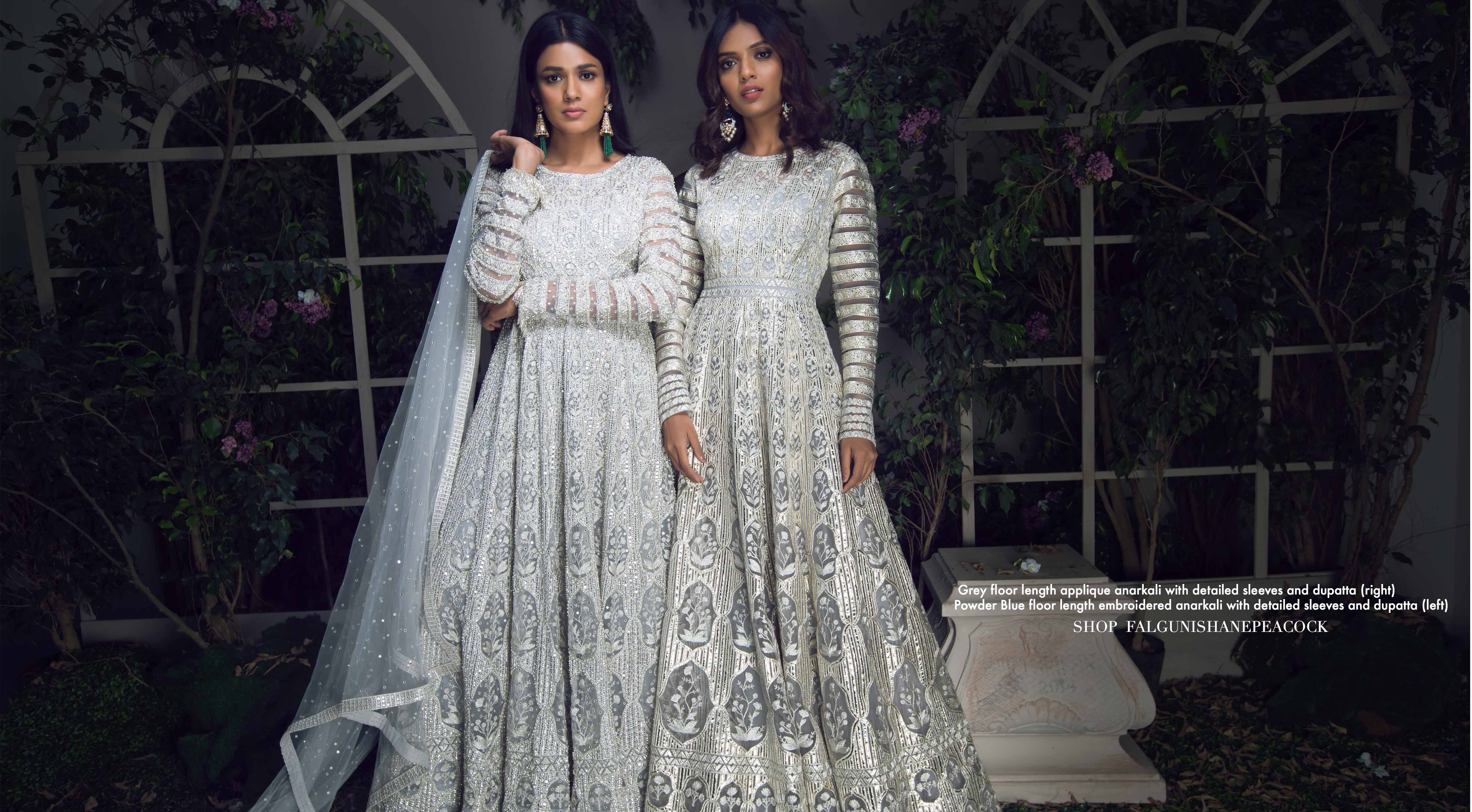 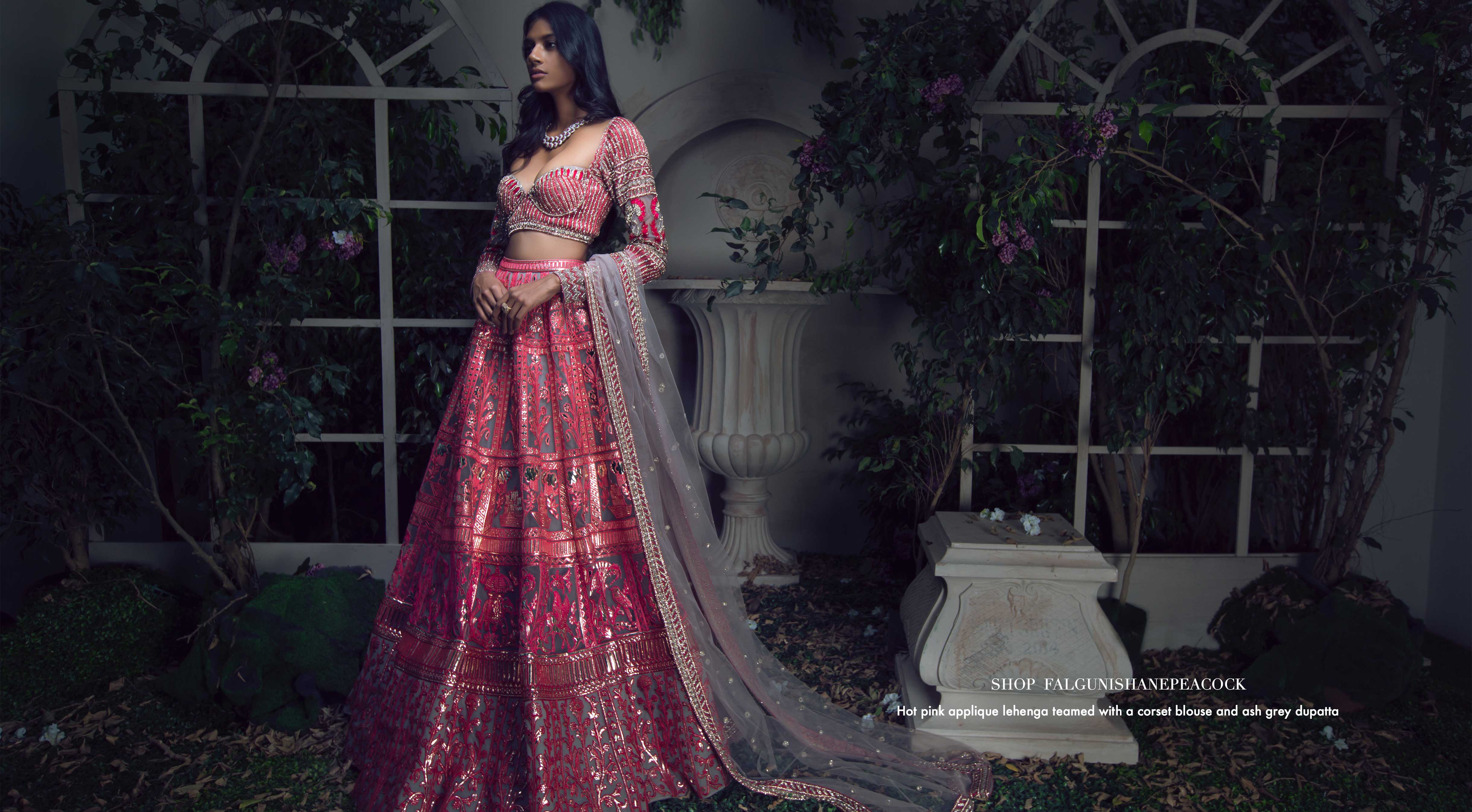 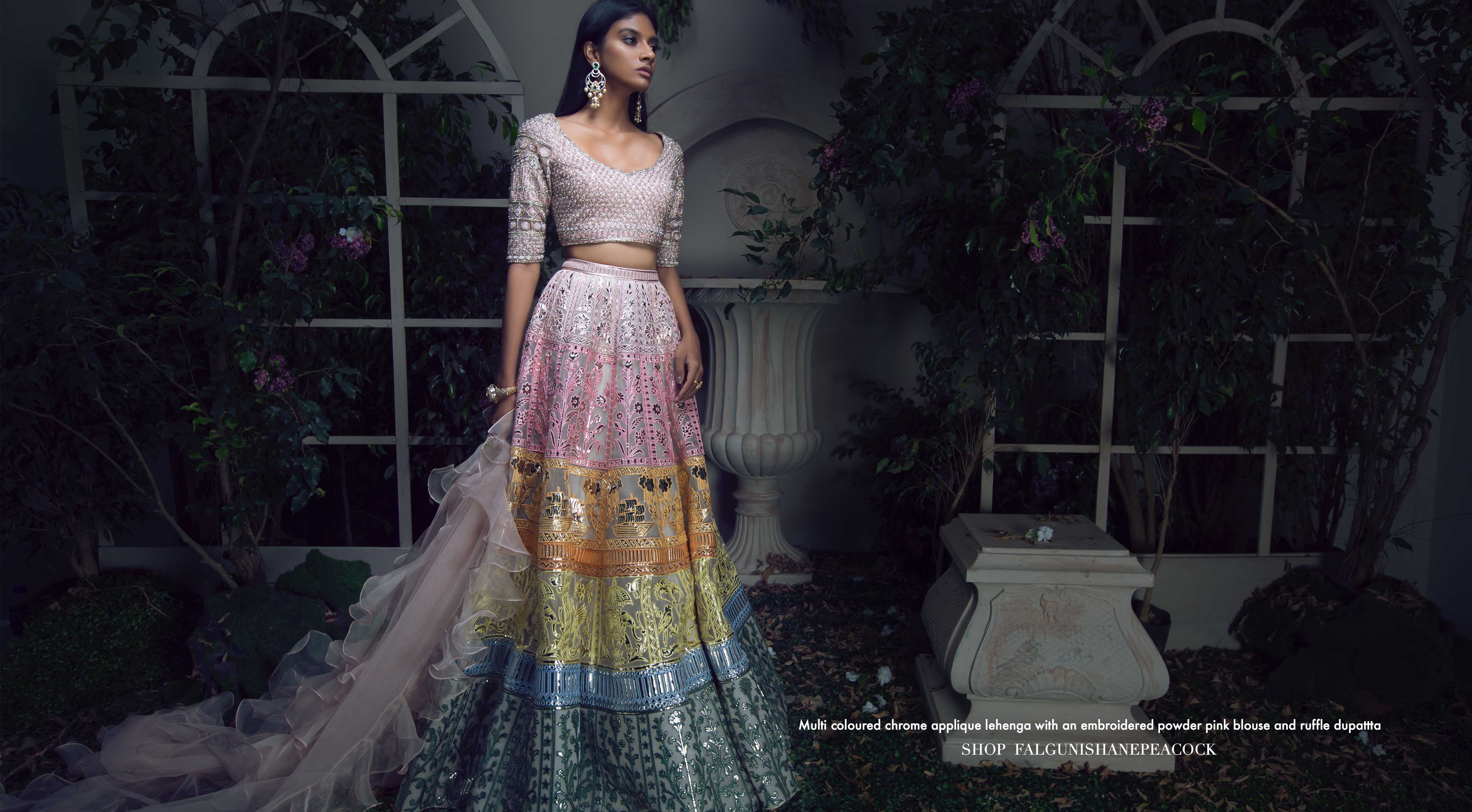 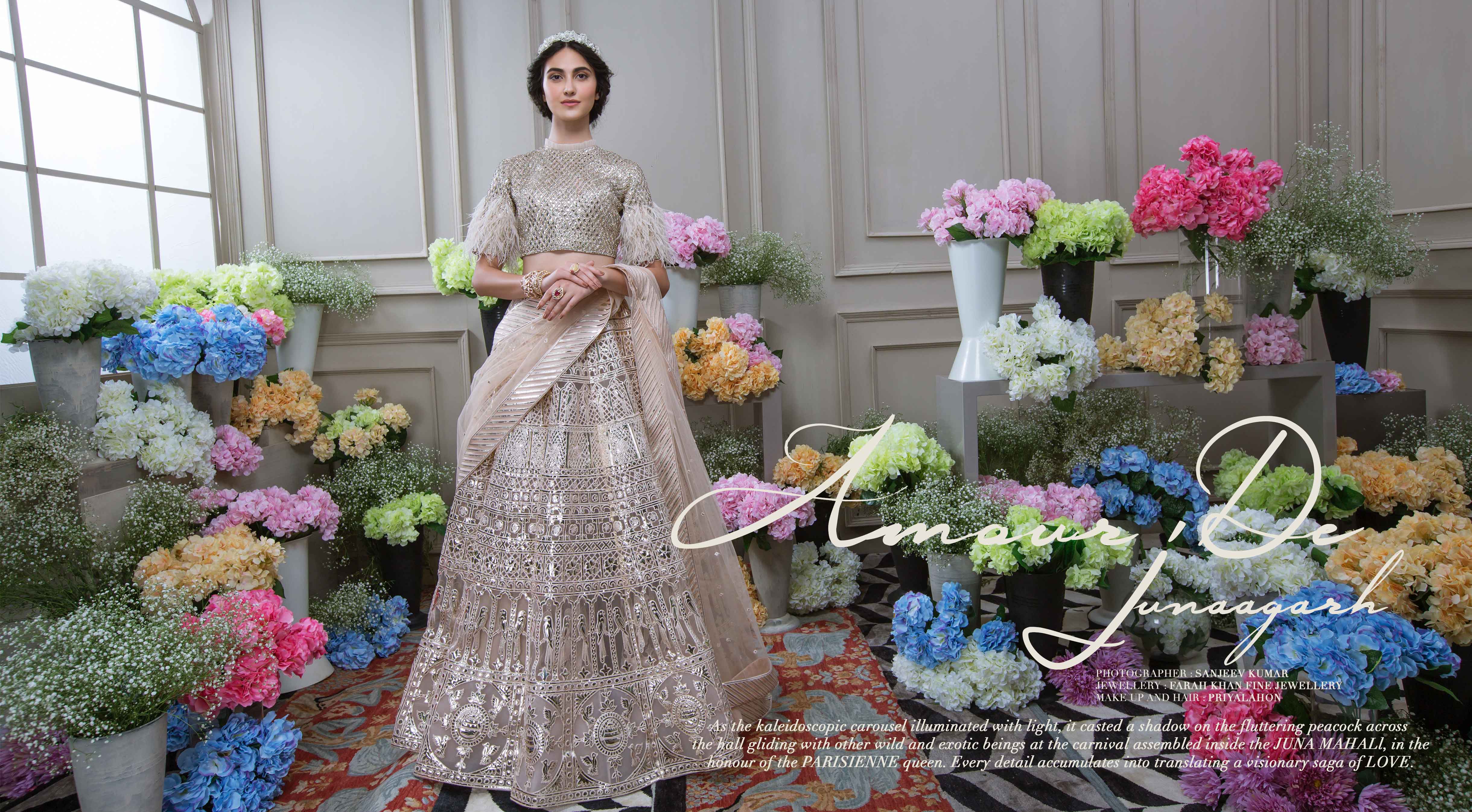 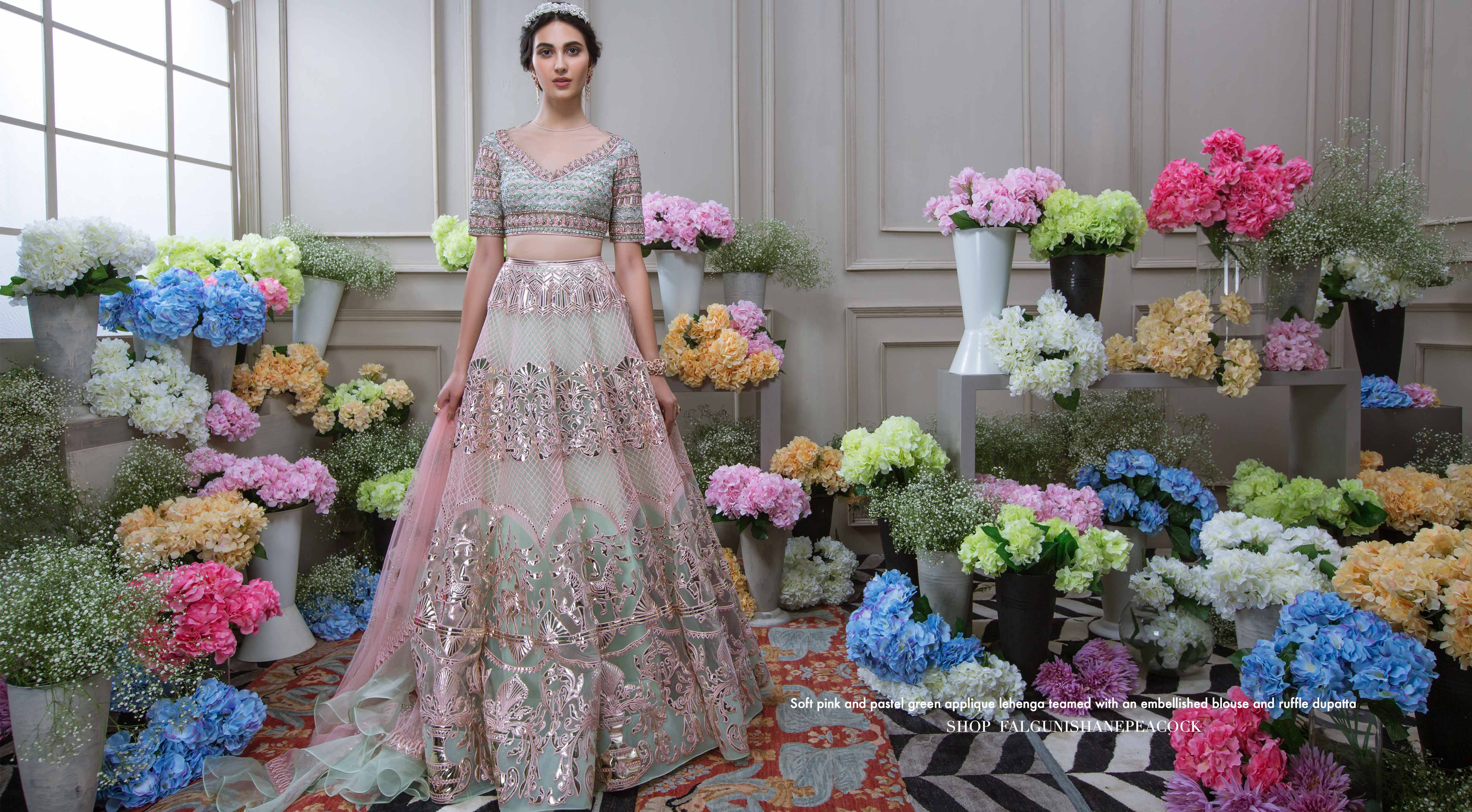 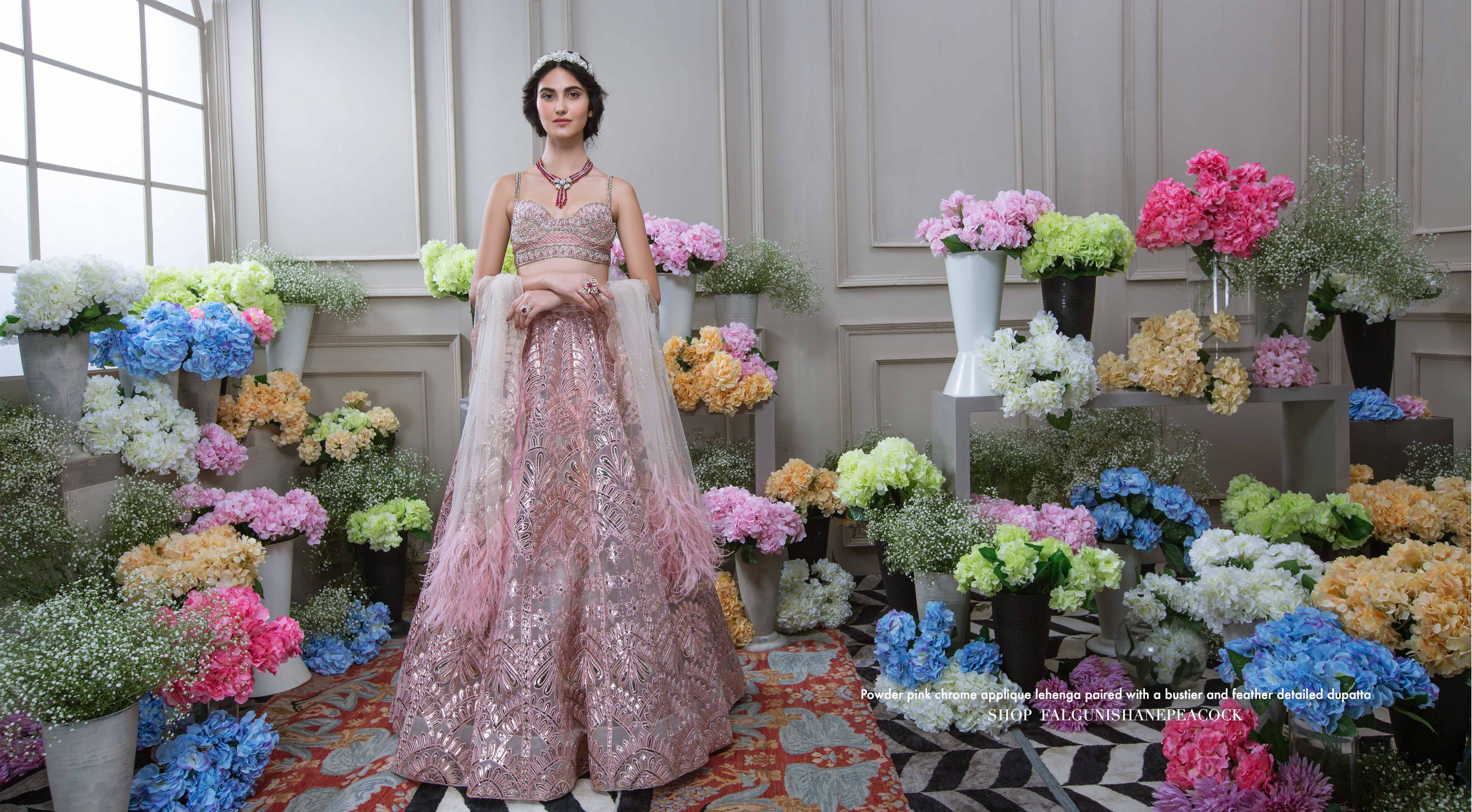 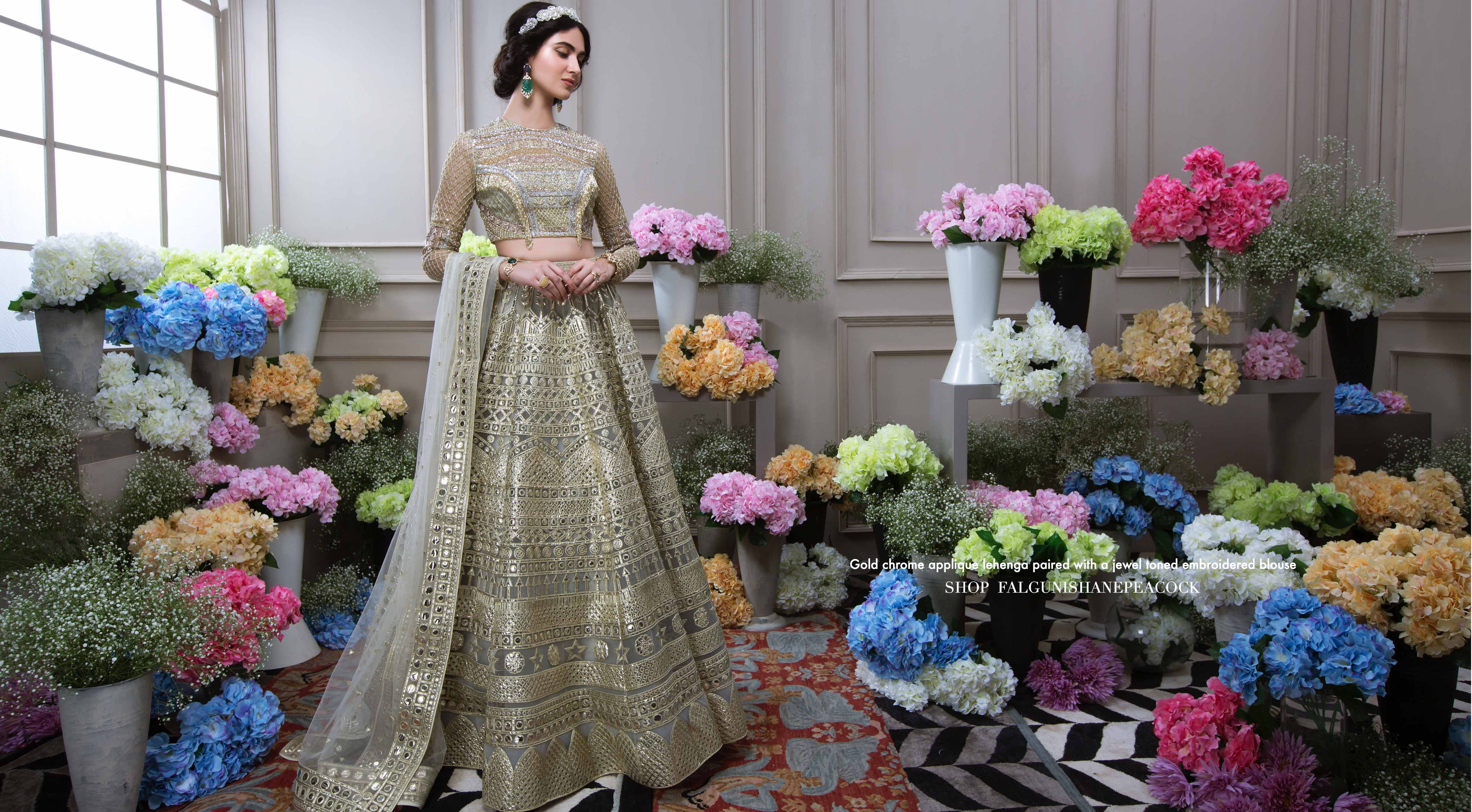 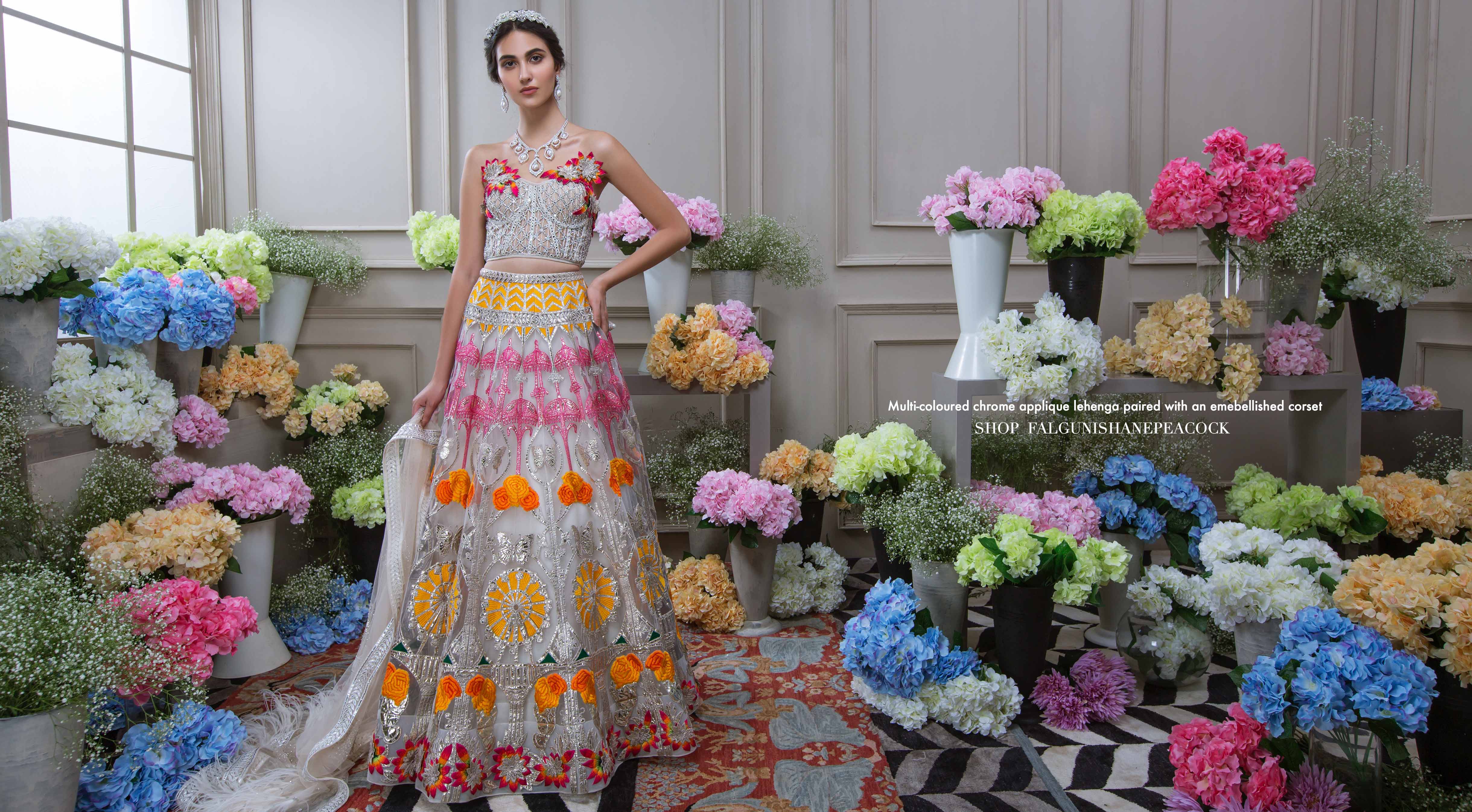